When Catherine first released in 2011, there was nothing quite like it. From the same talented team behind the Persona series, this was a much more mature work (not just in an, ooh sexy ladies sort of way - although that too), exploring male anxieties dealing with issues of relationships, commitment and infidelity, a world away from high school kids using super powers in another dimension. While still including an anime aesthetic, it also takes inspiration from early Lynchian horror to The Twilight Zone to Fatal Attraction.

Of course, fast-forward to 2019 and some of its depictions of relationships and gender roles feel antiquated or at worse, with its female characters, sexist and transphobic, but it’s still unlike any other game around. Then there’s the core game itself, where you take control of protagonist Vincent Brooks trying to escape his nightmares where, in just his underwear, he’s climbing ever more elaborate towers filled ever more fiendish traps. The puzzles themselves were notoriously difficult but the rhythm of balancing blocks to create stairways (accentuated by the female voice calling out ‘edge’) was hypnotic, compelling, and would you believe, became its own competitive esport. 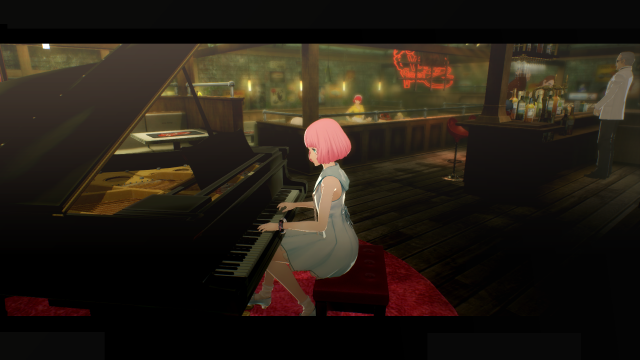 It would be easy to label Catherine: Full Body as a remaster of that game for PS4 (the Japanese version included a Vita port, but sadly not included for the West) but it’s actually far more than that. It not only features new anime cutscenes including flashbacks of Vincent and Katherine’s relationship, which definitely gives Katherine more dimensions as a character, but also integrates a whole new storyline and path. Further complicating Vincent’s dilemma of cheating on long-term girlfriend Katherine with the blonde and provocative Catherine is Qatherine, or just Rin, a mysterious pink-bobbed amnesiac who becomes Vincent’s new neighbour and also plays the piano at the local boozer where he hangs out every night.

While it might seem unnecessary to cram in another character to the story (although Atlus has a track record of this with Marie in Persona 4 Golden as well as the forthcoming Persona 5 Royal) Rin nonetheless shows a different side to Vincent and, should you follow this new path, even opens up a new perspective, showing a change in attitudes to gender roles and sexuality from before. 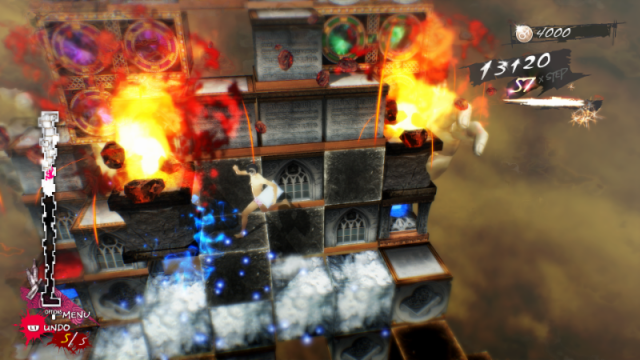 In any case, for people who want to treat Catherine as a visual novel (certainly the best production values ever for a visual novel, given its fully-voiced dialogue - including dual audio options - and 3D models and animations), there’s a bevy of options based on Vincent’s responses that can affect his outlook, and thus influence what ending you’ll get. With Full Body, there’s even more endings that can occur.

Perhaps most welcoming for players who are just interested in that aspect, you can totally play it that way without getting stuck on the puzzle sections. While the original’s puzzles were tough, even with a Very Easy mode made specifically for the Western release, the new Safety mode lets you get through the game without deaths and neuters the much trickier blocks that appear later on - or you can even use the Autoplay feature and not worry about it all. 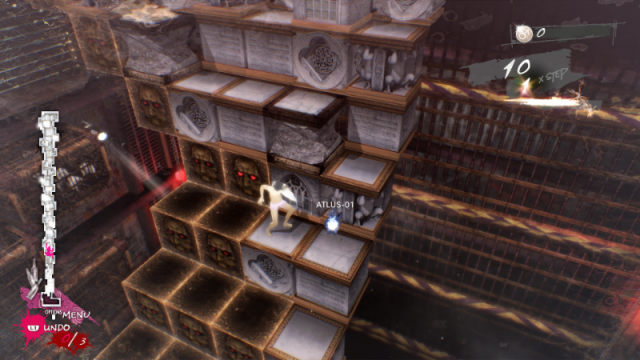 But players craving that challenge are in luck too, as Full Body includes over 500 puzzles, double that of the original. These come in the way of a Remix mode that adds new Tetris-like linked blocks to the levels, requiring a different way of approaching your climb up, while the Rapunzel minigame in the bar also has new puzzles. For the real masochists, outside of the campaign is the semi rogue-like Babel mode, which can be played in 2-player co-op, where the towers are constantly changing patterns and death means starting all over again.

Then of course, in a bid to widen the niche of the game’s competitive side, the 1v1 Colosseum is available from the start, and playable either in local multiplayer or online matchmaking. That you can also unlock the rest of the cast (Persona 5’s Joker is also available as DLC) makes it even more like a fighting game roster than when the original just had you competing as sheep wearing red or blue caps.

Essentially, Catherine: Full Body lets you approach its story and gameplay in more ways than ever before, so what you get out of it, or how you choose to interpret it, is really up to you.

Its gender depictions might not have aged like fine wine, but there’s still nothing quite like Catherine: Full Body. Whether you play it as an anime visual novel, a nightmarish puzzle or bizarre fighting game, it’s a richer experience all-round. 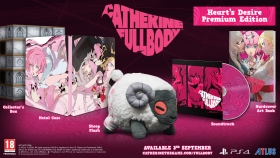