Children of Morta begins with a cutscene depicting one of the members of the Bergsons as she has a vision of destruction along with a beautiful narration of the story. The game quickly introduces you to John, the first of the playable characters in the game as he takes on a quest to check on the corruption his mother saw in her visions.

As the Bergsons find out the truth about the spreading corruption, they delve deeper into dangers as they fight throughout several worlds and the more of these are completed, the more Bergsons join the fight, unlocking more playable characters.

With seven different playable characters, I was quite shocked to see a drastic difference in playstyle in each of them. And with all of them having skill trees that expand several powerful active and passive abilities, it was a pleasure playing all of the characters and levelling each of them up to the highest level.

One of my favourite aspects of Children of Morta is how the game encourages the player to try out the different characters. After using the same one several times, they will suffer the debuff "corruption fatigue" which lowers their max health severely. This system works both in terms of gameplay to encourage the player to try out other Bergsons and lore-wise as the characters can't fight the entire battle on their own. 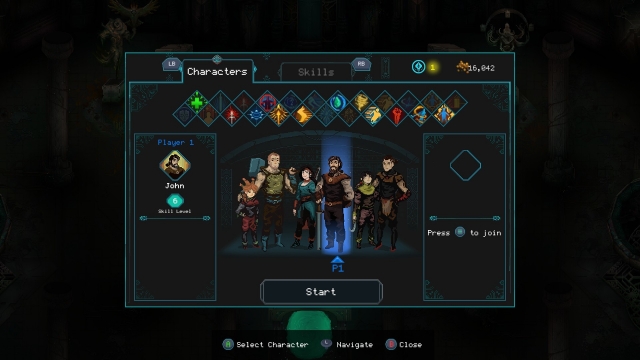 Although the system might sound irritating, I was shocked to find how many of the characters I liked as I was forced to let go of my comfort zone and try the other Bergsons. It was like this that I realised just how varied in playstyle they all are, and how different it feels to play them.

Another aspect I loved about Children of Morta was the co-op aspect. Although when I first played it online co-op didn't exist, I was capable of enjoying the game with my wife through the Remote Play Together system, and it was an absolute blast.

Since the game is so centred around love and family, it was really nice to be able to play the game with my wife and see the dynamic with the family members as they work together to cleanse the corruption. When I played the game alone, it truly felt like a lot of the impact was lost due to the lack of family presence which made the lore seem all the more fitting.

Gameplay-wise, Children of Morta is no easy feat to pass. Although my wife and I played the game on the normal difficulty, we were met with several challenges along the way. One of my favourites, however, was how we were forced to adapt to each of the new areas that we arrived in, such as the sand level that forced us to learn to pay more attention to the traps sprawled across the battlefield. Although it took some getting used to, it was definitely a welcome challenge. 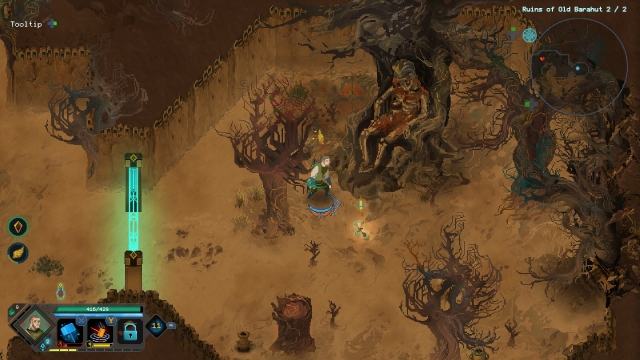 Like any roguelite, Children of Morta's storyline has the player going into the dungeon with a heavy emphasis on the fact that you will eventually die. Every time the Bergsons fail, they come back stronger. Alongside the talent system that allows for new abilities and passives, players can bring back gold from the area that they were exploring to unlock an entire other slew of buffs such as maximum health intended to make the game easier.

The game might not be as difficult as I'm making it out to be, for my wife and I were huge fans of the difficulty in the game and actively tried to remain within the level of the enemies or lower so that the challenge would be greater. However, I found my solo playthrough to be all the more punishing in comparison to my wife's. Although some aspects make co-op more difficult — such as having to share the orbs, items, and healing potions alongside not being able to abandon your fallen ally and getting stuck in the screen with tons of swarming monsters — some combos of two family members truly made for an experience that felt almost intentional. Whenever my wife and I were capable of playing together properly and focusing our strengths, it felt like we were unstoppable, and it helped with feeling like a Bergson.

As the story grows darker throughout progression, I was astonished by how much I cared for the characters despite none of them having much dialogue to build on their personality. I was pleasantly surprised as well with how the game doesn't follow any typical trope with any of its characters, and all of the Bergsons are just sweet and caring, as a family of heroes should be. Despite how little they spoke, I loved and cared for each of them, and this is just a testament to the story-telling present in Children of Morta.

After finishing the main storyline, players can freely delve into the Family Trials mode. In this mode, Children of Morta becomes full roguelike, giving players talents every time they level up and leaving them with every ability learned on the main game; however, upon death, all progression is lost. This mode offers tons of replayability as players should enjoy trying to pass the Family Trials not only on the normal difficulty, but the two subsequent higher ones are sure to give players a run for their money, no matter how veteran they may be at the title. 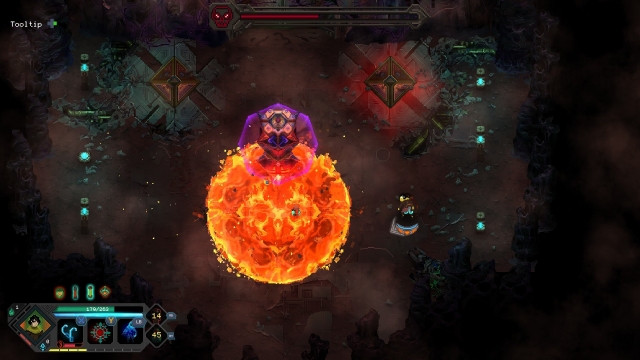 The graphics in the game are gorgeously pixelated, with some of my favourite pixel arts I've seen in gaming. Children of Morta's pixel graphics were one of the first things that drew me to the title, but the way the colour palettes were manipulated to make everything look as beautiful as it does was truly a highlight.

Despite the pixel graphics, it wasn't difficult to tell what items were present in the world, such as traps placed on the floor strategically meant to damage the Bergsons on their quest, and it was easily distinguishable between all of the other elements. The gorgeous graphics are only further accentuated with the beautiful music that plays in the background whenever in a safe area, and more so with the perfect narrating from Ed Kelly and his deep, raspy voice setting the perfect atmosphere for the chaos overfalling the land of Morta.

One of the hardest feats is choosing what is the best aspect of Children of Morta, if the storytelling, with the lovable characters and sweet premise; the enchanting pixel graphics depicting the characters, with colours that truly stood out beautifully and complemented each other in beautiful harmony; the wonderful audio design that the game has, with Ed Kelly's narration and the several gorgeous audio tracks; or the character-oriented co-op that made the lore feel all the more in-depth with very fun combos that truly deepened the lore all the more.

Children of Morta (Reviewed on Windows)

Children of Morta is pieced together in such a way that no element feels out of place, and the wonderful roguelite gameplay is backed with a deep and emotional story that kept me engrossed until the very end.