How many times have you craved an engaging, tactical turn based, RPG. Now, how many times, in response, have you been given a mundane experience filled with less than challenging, painfully slow and unsatisfying battles. Only to be followed by an equally bland story experience… Exactly, too many times. Well don’t worry mob, you can put down your pitchforks, extinguish your burning effigies and celebrate the arrival of Children of Zodiarcs. 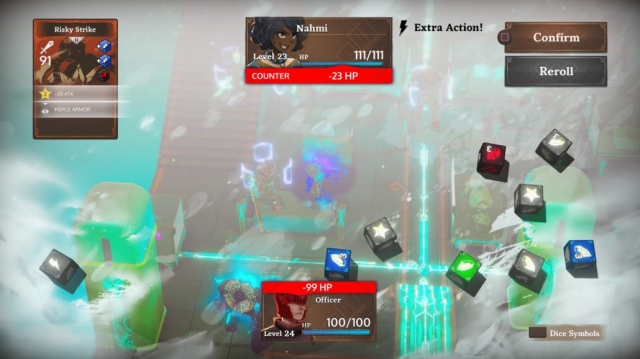 I must admit, whenever I play a title I haven't seen before I go in assuming it will let me down. If I have low expectations from the beginning I can only be correct or impressed. Even with this mindset I must say that Children of Zodiarcs has really blown me away. It wasn’t instantaneous mind you, I sighed at its card based attack mechanic and rolled my eyes at the dice rolling (see what I did there) to activate bonus effects and additional buffs. But by the third mission it had properly sucked me in. Those mechanics of card-based attacks I thought were going to be nothing but annoying ended up bringing forth a certain kind of challenge to the gameplay that really made you think about your next move.

You play a team of orphans living in squalor who are part of a crime syndicate called “The Family”. To survive, you work your way through the rich districts of the city stealing whatever it is you can to sell. It’s a relatively standard story with the usual cast of characters. The spunking young girl who cuts throats with witty remarks and asks questions later. The nervous, young boy eager to prove himself a man. Nothing groundbreaking but certainly interesting enough to have you read all the text only conversations they have between the combat sequences. 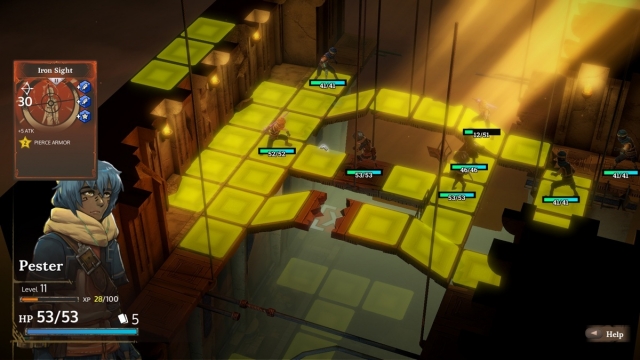 A few bits of the gameplay really stand out to me. Once I got used to the card select style of attack, they were quite simple. Each card does an attack with various abilities some are close or ranged, some use magic, buffs or debuffs. It’s simple design made understanding the strategy needed very easy to grasp. Along with that there is a dice rolling phase where you are given an opportunity to reroll a limited number of dice. In hopes to gain a specific buff you need. So I rerolled and immediately started yelling at my screen, for one of the dice blocks I rerolled hit one of the stationary ones and flipped it onto a side I didn’t want. Despite how frustrating it was to see, it made me second guess all of my rerolls after which added another small aspect of challenge to the game. It was wonderful to see all these different difficulties and challenges add up to one collectively interesting experience. At one point, my roommate was watching me play and after mere minutes of spectating even got swept up in the gameplay.

The progression is purely linear with times you can go back to completed levels for side challenges to unlock new cards for combat and level up. Although the combat itself is painfully slow. Each match taking an average of 20-30 minutes. If you complete it in one go. I spent nearly an hour on one level which made me nearly bald from all the hair pulling only to not finish it. Only to find out that the enemies were several levels above my characters so I was forced to complete the side quests to even proceed. It falls into the usual grind of, complete several levels till you activate more side quests then complete those because you bet every follicle on your head the next level will be impossible if you skip them. 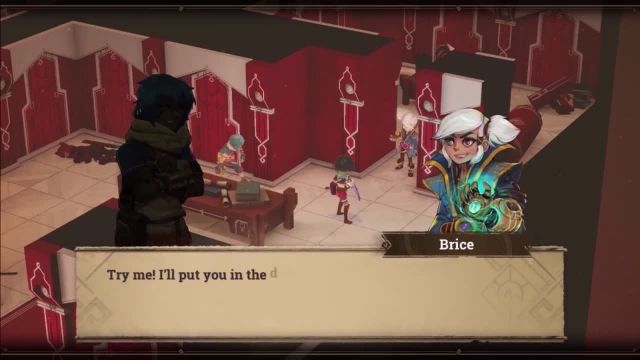 Not an overwhelming experience but I really enjoyed Children of Zodiarcs. It’s something that you can easily and accidentally blow off a weekend with friends to play, and you wouldn’t mind. Combat is long and the story is lackluster, but atleast it’s challenging enough to make you want to do more.

Children of Zodiarcs (Reviewed on Windows)

Combat sequences can be a bit long, The text story is slightly on the dull side. But it really makes up for it's challenging and engaging combat style.

Does anyone else remember Final fantasy tactics? this made me oddly reminisent of it.