The game starts with Michael Ford jumping through a conduit to avoid a nuclear blast, picking straight up where the last game left off. You are still hot on the heels of the alien which is disguised as John Adam, your character wont seem to quit until he is dead and his plans for world domination are scuppered.

The graphics on the game are a lot more detailed then last time, with the different locations that you visit looking very nice especially for a Wii title, a console not exactly renowned for its breath taking graphical capabilities.You are given plenty of variety in the environments around you as the game is no longer rooted to just one place, instead taking you across the world via conduits to fight a variety of enemies, all of which have abilities, skills and looks relative to their areas or origin. 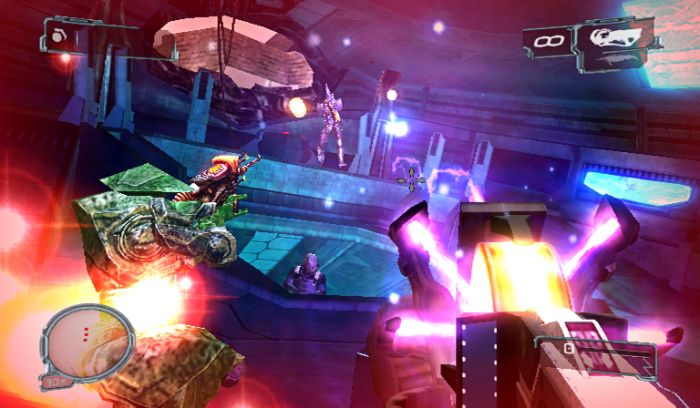 For example you will find Jade Warriors when you visit the China levels of the game, big robots that roam the areas of Atlantis and other enemies which seem in place with their surroundings. Some of the enemies however can appear a touch out of date with regard to their design.

With a new attitude to your character and more cocky and subjective one-liners injected in, there seemed to be only one person fitting to voice the main character, Jon St John voice actor of the famous Duke Nukem. While the one-liners seem to work well within the game, giving your character a lot more depth than last time, you can still hear the Duke Nukem sence within the voice acting. This is however what makes Conduit 2 so great, the comedy value of the game. It doesn't take itself too seriously. The weapons within the game are an example of that, how some aspects of the game are over the top. An example of this, you have a gun that is called the Dark Star that drags enemies in to a black-hole and makes for some pretty entertaining viewing. If you don't think this is fun to watch then I think you need to have a serious look at yourself.

All the weapons within Conduit 2 have their own set of advantages and disadvantages. Most of the ‘out of this world’ weapons unfortunately feel less effective than the standard assault rifle or sniper rifle. You will find yourself heavily leaning on the SCAR as this becomes the most reliable of the weapons you do have. But they are certainly interesting in a way that will have you trying them all out despite the fact they may not be the most effective. 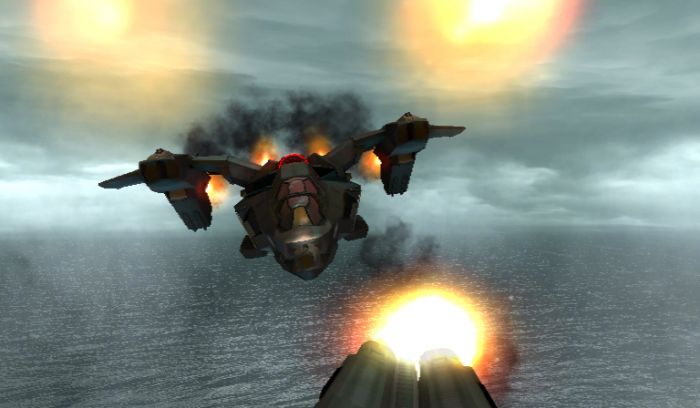 The games single player story will last from around 6-8 hours and also does contain three hidden levels if you unlock the special hidden co-ordinates which are hidden around the game. It becomes increasingly obvious as you progress through Conduit 2 that the game is geared up for a sequel. The slightly abrubt and over the top dramatic ending to the game makes you feel that something is not complete and there will be another game around the corner soon we just wonder how manic that game will be.

One part of the game I feel this needs to be addressed is the ASE (All Seeing Eye). This ability will enable you decode items, find hidden documents which contain back story which will help you fill in the blanks, as well unlock-ables which will give you new upgrades for your armour or weapons. You will also find along the way text which you can decode that will lead you to hidden areas along your way within levels. My problem with the scanning is that it is over done in my opinion, you will find that you are in this mode more often than not when you are out of combat. 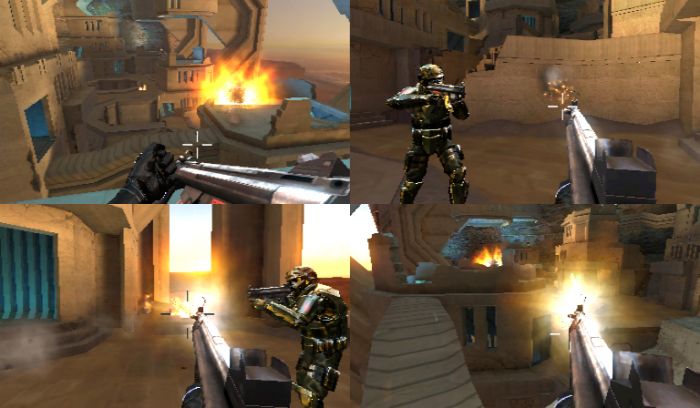 As previously mentioned, the graphics on Conduit 2 are actually pretty good for a Wii release. While this game really isn't up to the standards of its console counter parts it does a good job of using the Wii to its maximum and giving you a great gaming experience out of it. That being said, it isnt without its problems and issues. A lot of the characters do feel generic and I did find some glitches and bugs, for example the lip syncing wasnt even close to being spot on sometimes and you occasionally come across characters floating around with their arms stretched out. 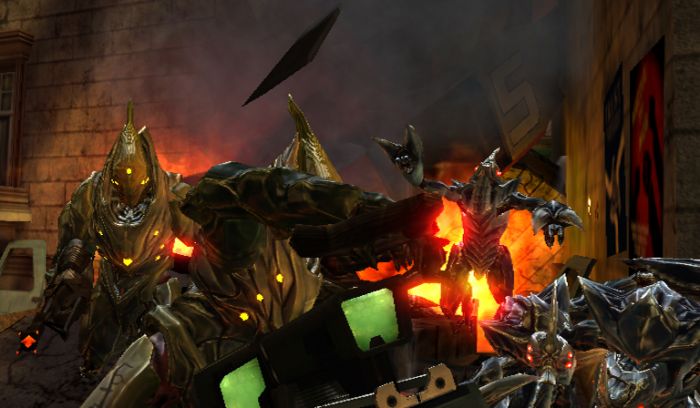 The customisation on the game is a massive step forward for the series. I would say that the customisation in this game could rival any Console/PC game. An example of the customisation is the upgrading of your battle armour. The armour gives you four upgrades slots allowing you to upgrade certain parts of it to the way that you want it to work. Essentially creating your very own spec determined on your personal playstyle. For example, you can have upgrades that increase weapon damage, ones that give you unlimited sprint or even increase melee damage. You can find or unlock these perks by finding hidden areas or clues within the game or you can purchase these within the in game shop. You earn credits to use within the shop by unlocking secrets, playing online or unlocking achievements this gives you a lot of motivation to re-run levels with a fine tooth comb to get the best unlocks you can for your armour. 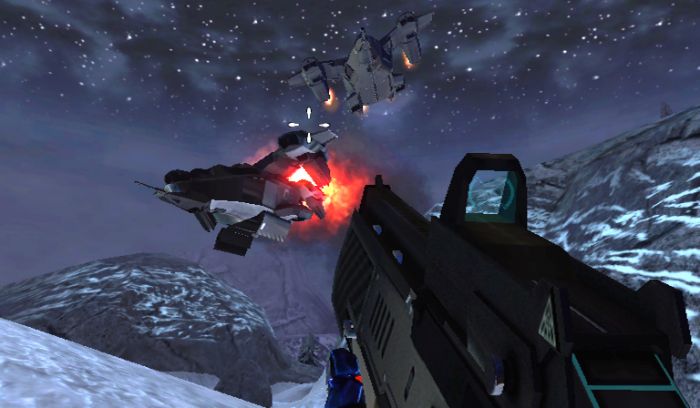 The controls in this game like the original are spot on and do a fantastic job of allowing you to use the Wii Remote/Nunchuk combo to maximum effect. However if you are a stickler for a proper pad than you can always use the Nintendo classic pad that works just as well as the original combo. With a few minor issues with sensitivity after playing around with both I would say that the Wii Remote/Nunchuk combo is the best for the game but I don’t think it will impede your progress within the game if you choose to use the Nintendo classic pad.

The AI within Conduit 2 is woefully simple and really does seems to be laughable at times. Some enemies seem to have been majorly out balanced within the game meaning that they take a lot of hits but the fact that they move so slowly they can never really gain the upper hand in a fight. The AI also seems to not react to other members being killed or barrels exploding near by,this leads to the unintentional fun of sneaking around the AI and basically playing with them as you go. Again this game seems to be geared around fun and not taking itself too seriously with this idea of the game the AI fits in perfectly if not too well. Too many times you will strafe into a room with your gun ready to roll only to see your AI standing around like they are awaiting for the shops to open and not really paying attention to you at all. 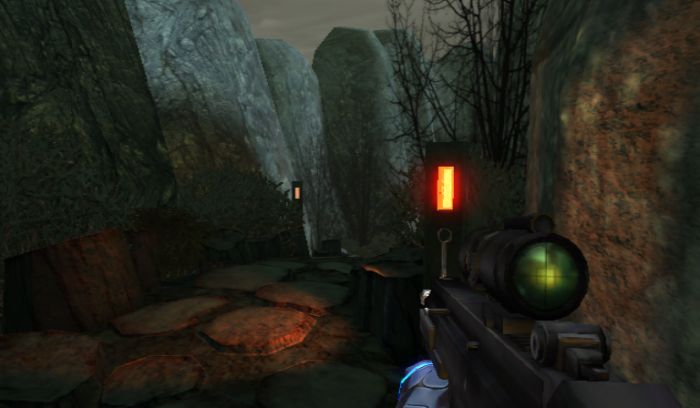 With hidden areas and secret paths in all of the game areas you will see that the maps have also taken a non linear approach to them, allowing you to explore multiple paths to get to the next area. While most of your fights will appear in tight corridors you will love the different styling of the different worlds.

As well as the standard missions of the game you will also encounter some pretty awesome boss battles which will test your stamina and also wrist actions as well as a fast spaced on-rails section as you are trying to escape on the back of a aircraft.

Because of the non linear map, the game reminds me a lot of the old games of yesteryear on the PC by giving you multiple paths on a mission and hidden areas galore. 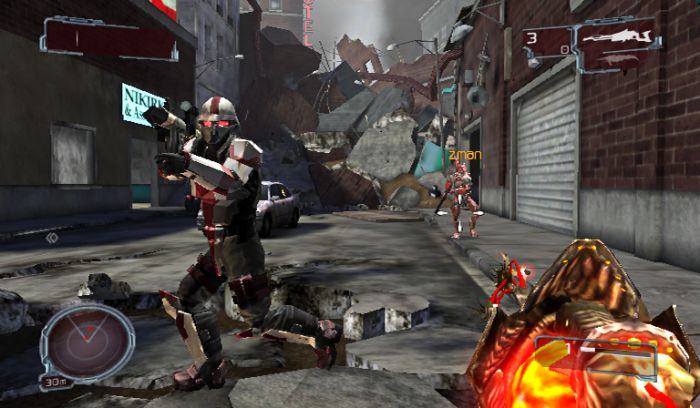 If you feel that once you have completed the single player you are finished with Conduit 2 and seen all it has to offer, your wrong. There is always multi-player to contend with which presents a healthy selection of multi player modes that will keep you entertained. Allowing up to 12 players to go head to head in some action packed battles that can keep you amused for a long while. There is also some other fun modes like ASE basketball this mode is one of the most impressive, mixing the killing and evasive skills which you have learnt in single player to give you a tense and action packed team game that works surprisingly well. If you feel that you don't want to venture online you can always have up to 4 player split screen with allows you to play a invasion mode in which you have to destroy wave after wave of enemies in a bid to gain points.

Conduit 2 is an over the top and funny shooter, relying on its sense of humour and the ability to not take itself too seriously. It really tries to inject some fun into a market which has become stale with realistic shooters. While the multi player is on par with most multiplayer games and the single player is laughable for all the wrong reasons its still a blast to play and will make you enjoy it more because of its flaws.