When a games synopsis starts with ‘Revive the sister you killed’ you can stop holding out hope that it’s going to be a cheery game. Couple this with the fact that Crystar is a game all about crying and you should be getting a pretty good idea of what kind of time you’re going to have playing it. Before this review even starts it should be given something that the game fails to provide anywhere, and that is a trigger warning. This game focuses heavily on death and its surrounding themes, leading it to contain multiple plots around murder and suicide, and if these things distress you it is heavily recommended you not only avoid this review, but also this game.

Two sisters, Rei and Mirai, find themselves in purgatory, courtesy of an unknown entity. While exploring this world, seeking a way out, the pair are attacked by a monster known as a revenant. Desperate to save her sister, Rei calls forth the power within her; the power of a Guardian spirit, to fight off the monster. Unable to fully control her newfound power, Rei kills Mirai in a temporary fit of madness. As Rei begins to fall into despair two demons, Mephis and Pheles, approach Rei and make her an offer; work for them and they will help revive her lost sister. 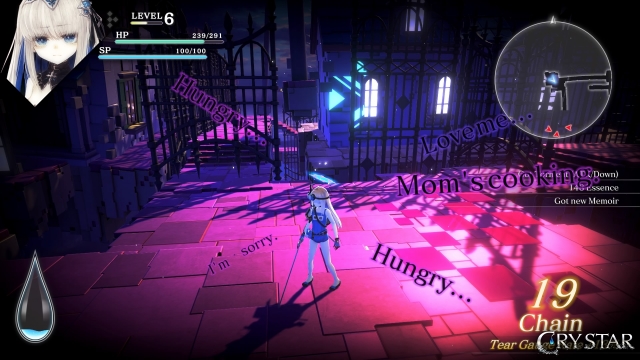 Rei is contracted to dive into purgatory and take out wandering revenants, collecting the crystalised tears of the monsters along the way. If she collects enough, and manages to reach her sister’s spirit before it arrives at the end of purgatory, then her sister will be brought back. Fail to reach her in time or to gather enough tears, ‘Idea’ as they call it, and her sister’s soul will be processed by the cogs of renewal that will reincarnate her soul and all of her memories will be lost.

Purgatory is split into multiple levels, each one full of revenants for Rei to hack and slash her way through, before reaching the bottom of each section and the boss monster she needs to kill for the Idea. Occasionally stronger enemies will show up, signified by the halo over their heads, and killing them will inflict Rei with a torment, a status lowering affliction that can be cleansed by crying in your bedroom and turned into equipment. Up to 10 of these torments can afflict Rei at any given time, and each one reveals a little bit more of lore about the remnants you face. 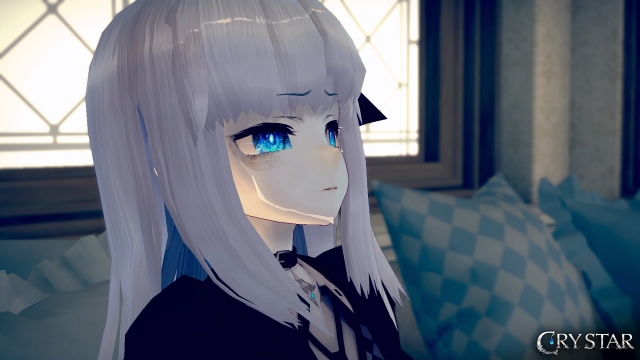 The bedroom represents an oasis of calm in Reis journey through the afterlife. There she can change her outfits, her equipment, read up on various monsters, and pet her dog. You can also combine pieces of the same equipment together to power them up, giving them random bonuses in exchange for emotion fragments that can be found in each level.

On the surface Crystar sounds like a fun game; it plays simply enough, with one button combos and skills tied to shoulder buttons, and isn’t too complicated to get the hang of. While the game isn’t the most graphically advanced, looking at best like mid-era PS3, it has a charming art style that switches between childish sketches and watercolour characters depending on the situation. The main issues with the game as a whole is not only is it incredibly repetitive, but it’s easily one of the most irredeemably depressing games out there. 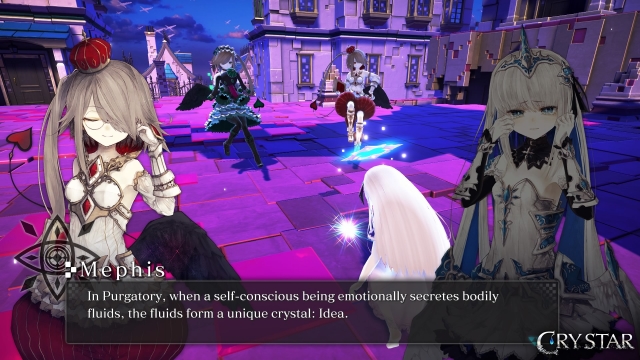 Being set in purgatory death is constantly surrounding the main characters. Souls of the departed are a constant companion, and the lore of the monsters only serve to help detail some of the worst stories the deceased have to tell. While this is to be expected, the game doubles down on the depressing side of things and entirely misses any balancing points that could have been used to flavour the games plentiful lore. There’s no macabre gothic twist to these stories, no heart-breaking or empowering tales of growth, they all play out like simplified bedtime tales that serve no purpose other than to demoralise. Child suicide, serial murder, lonely older people who died without their family are all presented in the same monotonous fashion. While the first one or two little lore tidbits or cutscenes may make you blanch a little with surprise, it soon becomes obvious that this is the norm. It’s not used for shock value, or to make any literary point, it’s simply thrown in because it’s sad, and sad is how you should feel playing this.

Now, sadness can be used to great effect. Heart-wrenching choices or story twists can be incredibly memorable; just look at The Walking Dead or Shadow of the Colossus. Both wove emotion into their narrative in such a way as to make it part of the experience, ensuring that these games would be something the players carried with them long after the game was finished. Frankly, despite being a game that was supposed to be about overcoming sadness and personal grief, Crystar failed on even a basic level to convey any real emotion at all. Going for quantity over quality leaves the player feeling battered by the constant negative feel of the game, with no end in sight, leaving the player bored, emotionally exhausted, or both. 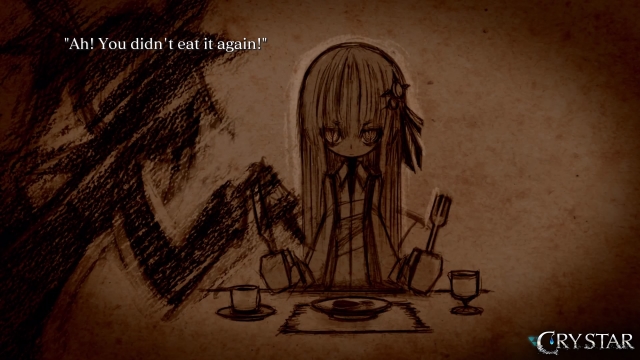 Gameplay-wise the game stagnates very early on. Within the first few hours of play it becomes clear that all the levels, despite the differences in look, all play almost exactly the same. It can be argued that almost every game can be described as such - keep doing the thing until you win, there has to be some increase in challenge, some evolution. What separates the final level from the very first is length, that’s it. It’s a game that really benefits from short bursts of play or it tends to very quickly outstay its welcome.

It’s such a shame when a game doesn’t achieve its potential, and Crystar had it in spades. It looked good and had an interesting premise, but poor writing and gameplay design leave it feeling boring and mediocre. When a game feels like a chore to get through, then you know something has gone very wrong. Crystar uses death and grief as window dressing, but never offers up anything with substance. Its one redeeming feature? You can pet the dog. 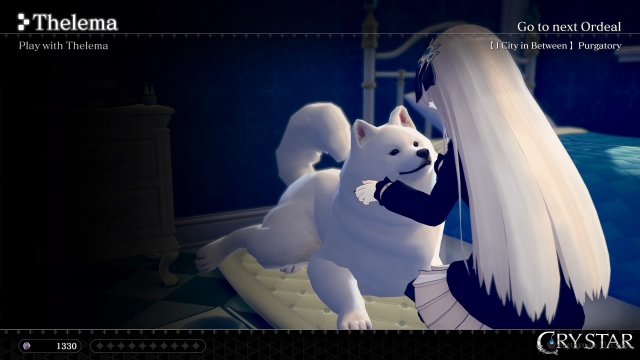 CRYSTAR Set to Release on PC and PS4

WHO'S A CUTE DOGGO!

You gotta be kidding about trigger warnings... WTF is the ESRB for... A video game that includes death, so rare.

Did you stop reading after the word death? I mean, that's not even the end of that sentence.