I was interested to play Cute Things Dying Violently on Windows as I already had it on Android. True, I hated it on Android because the only device I had to play it on was an HTC One M7 which made the screen cramped and the controls finicky. I saw that it had potential however, and hoped that the Windows version would redeem the title.

The game itself is great: small blue creatures wander back and forth á la Lemmings and it is up to you to get them into an elevator. Sometimes you have to sacrifice the occasional little blue squeaky thing for the greater good, but it’s up to you to get them to safety as they have the intellect of a jam sponge. 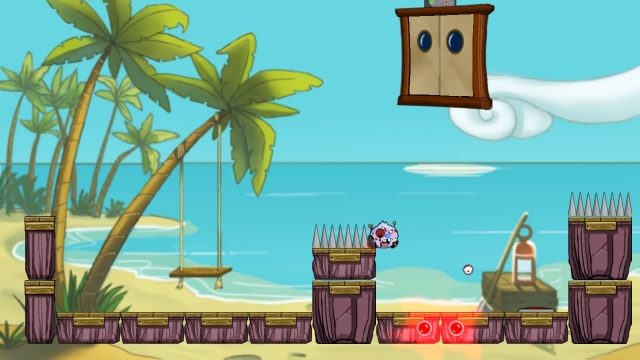 So far, so good. All so cutesy and amusing when you fling one at a circular saw… Sadly, that is where we hit the first issue. The controls on this game are abysmal. On Android they involve double tapping and flinging or using both thumbs, which I managed to fat finger my way around eventually, but only after muttering expletives of the kind that would make a Plymouth dockhand blush. On Windows, this gets just as annoying. God help you if you run it in a window, you will end up having the mouse pointer leave it, at which point the little blue ball of snot you are attempting to fling over an obstacle will fly randomly off somewhere never to be seen again! That or into some form of squishy mildly risible death. 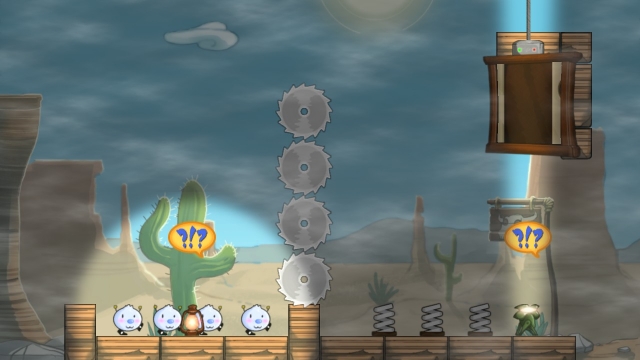 The sound effects are obviously meant to be cute, with the little blue guys uttering squeaky incoherencies when you pick them up, but after about the third time you just end up reaching for the mute button. 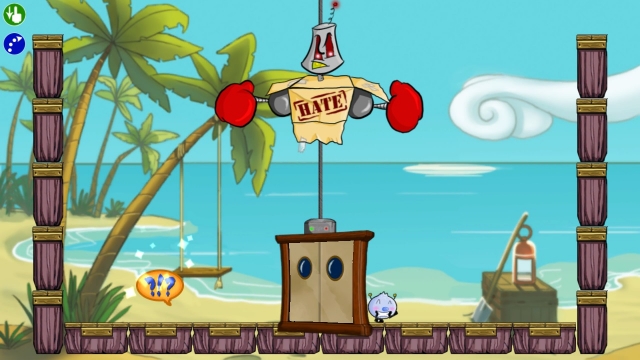 Both versions I tried have custom level support, the Windows one being via Steam Workshop. To be honest about it the game annoyed me so much I would rather have gargled battery acid than stuck my head into that cesspool. I did have a quick look though and there was nothing, not one level in the Workshop. What the cause of this is, I cannot say.

Cute Things Dying Violently is a game that takes children's TV levels of cute and adds cartoon blood in an attempt to give it something extra to hide the fact that it is in essence a cross between Angry Birds and Lemmings. It misses the mark by such a wide margin that it boggles the mind.

I did enjoy CTDV, some of the levels are actually quite tricky as well towards the end. The issues that mention are unfortunately all-too-true, which is a shame as, like you said in the first paragraph, the game really did have potential to be better.

I thought it had a chance... something must have just gone wrong somewhere.