How do you define the wrong apocalypse and how do you defend against it? You send in a horseman of course. Well, we’ve seen how War and Death managed so now it’s Fury’s turn to get furious and sort things out by beating the living or undead snot out of anything in her way. Darksiders III runs concurrently alongside the earlier games, with Fury tasked with defeating the seven deadly sins as they run amok. Combine that with a “You are being used” trope and that’s honestly about as deep as the plot gets, although it doesn’t waste the opportunity for characters to monologue about the nature of being and of belonging. That being said, the Darksiders games have never been elaborate in that regard but the setting itself is wonderfully realised.

The war between angels and demons and the aftermath of the apocalypse once again brings some fantastically warped visuals, charred and ruined cityscapes with giant trees and branches punctuating the streets. Subways and sewers with bright, vibrant growths jutting from rusted surfaces whilst light shafts flow in from above. Aesthetically it has its moments whilst staying true to how the earlier games looked. Frustratingly though, for every stunning boss arena or open vista there are some equally bland areas to trudge through as you go from point A to point B.

The game itself is likewise one of two halves. Unlike Darksiders II which was very loot-focused, the third entry sees Fury armed with a fixed arsenal of weapons obtained as the story progresses. Loot this time is relegated to consumables and weapon enhancements, this makes it a lot less satisfying to rush over to see what you’ve had drop but it makes sense with the combat style this time around. 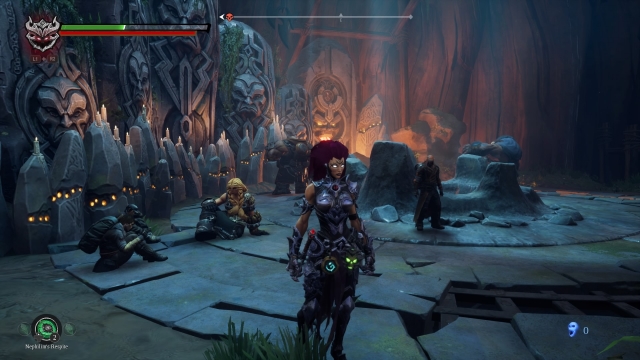 One half traditional spectacle fighter (think original God of War trilogy or Bayonetta) mixed with Dark Souls deliberate, paced combat. It’s a weird thing to play as whilst getting around it’s fun almost button-mashy combat with multiple enemies before suddenly you have to change focus and be ready to dodge heavy hits from big angry enemies with precision else die. And you really do have to be precise, it doesn’t help that although moves are telegraphed well, there are often a lot of pretty particle effects obscuring the screen which make it harder than it probably is.

This difficulty errs on the unfair side at times, feeling frustrated at the things you can’t really control rather than you being at fault for poor play. It doesn’t help that the game’s checkpointing system is atrocious, with you pretty much guaranteed to have to play through at LEAST the last five minutes or so when you die. That being said the combat feels fluid, responsive and satisfying when you get it down, it can just feel bad when you get hit because you either couldn’t see the animation wind up, get hit from offscreen or knocked into a pit before you could react.

Fury uses a variety of chain-based weapons which have beautiful attack animations and feel extremely satisfying to use. A combo system that uses only two attack buttons with a variety of holds and delays hides a surprising amount of depth. You also have a wrath meter which causes Fury to get furious and do a big powerful move and havoc mode which… causes Fury to get extremely angry and hulk out for a few seconds. The Dark Souls comparison gets a few more nods as killing enemies earns you souls you spend at serpent holes to level up or purchase goods, with them acting as fast travel points too. 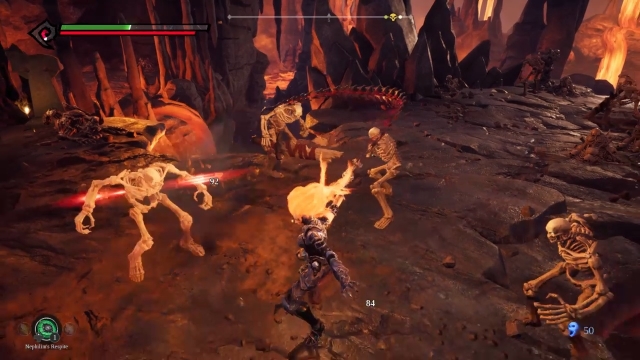 Character progression and upgrades feel pedestrian however with passive upgrades to health and two damage types when levelling to go with the socket upgrades on your weapons that are also generally passive in nature. They have an upgrade path which allows you to prioritise a stat (health over attack boost for example) but they are still disappointingly hands-off.

Enemy design is about what you expect when you think angels and demons, with a fair share of skeletons and bugs thrown in for good measure but the Seven Deadly Sins themselves have wonderful art direction, Sloth grosses you out long before you get to them and even Envy who you dispatch during the games tutorial phases looks really interesting. 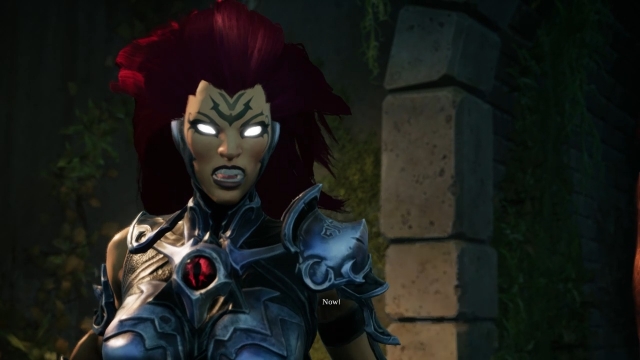 The voice work deserves a mention too as Cissy Jones does a wonderful job as the angry, snarky (yet occasionally tolerant) Fury. Her softening tone when talking with her horse Rampage a great piece of character work that shows early on there is more than just an angry one note trope in play. Everyone else involved puts in a good effort too with no one sounding out of place.

Darksiders III is solidly put together and whilst it doesn’t really do anything new is an engaging, fun and challenging action game that perhaps struggles to decide what type of game it is. And whilst it’s great to see the series back after THQ Nordic snapped up the rights, Darksiders III is sadly more than a little forgettable.

The return of the horsemen delivers an entertaining if challenging action adventure. Some beautiful environments and fun enemy design help keep it engaging as you play but Darksiders’ third outing is ultimately forgettable.