With a new generation of console comes a new wave of zombie apocalypses, and where better to start us off than with the Dead Rising series? Previous incarnations have been a crazy affair, contrasting the horror of battling through hordes of zombies with the overt silliness of weapon and clothing customisation, and I'm pleased to say that Dead Rising 3 doesn't disappoint.

The most notable difference with the new generation's offering is the sheer number of the undead on screen at any one point. Rather than limit the environs to a shopping mall or casino, Dead Rising 3 grants you, as biker/mechanic Nick Ramos, access to the entire city of Los Perdidos, and, as such, fills the long roads and freeways with zombies. The detail is superb, even in the farthest depths of the city will you see zombies ambling about, long after the draw distance, which we're used to, would have ended. 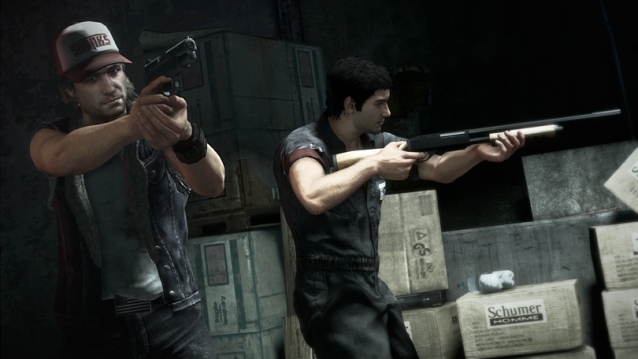 Previous Dead Rising titles were coated in a sort of controversy, where Capcom tried new and innovative approaches to mission structure. These often left the player frustrated when it transpired that time constraints left many side missions not even attemptable, or even left the player starting the game from scratch when the fiendish time limits for the missions and overall story became unforgiving. Dead Rising 3 counters that in a way that will open up the franchise to a wider audience, whilst not alienating its core, faithful fanbase too much.

The main story mode, with its varying degrees of difficulty, is standard open world gaming. Story missions are highlighted on your map in yellow, side missions in blue, and every now and then things to discover, such as collectibles and 'survival' missions, will appear nearby. It's all been seen and done before, but in true Dead Rising fashion there is a length of time in which any of these side missions can be completed, albeit with much, much more generous a time limit than previously. In fact there's plenty of time to complete all the side missions and survey the landscape, casing shops and warehouses for useful stuff, at your leisure. However, for the purists comes Nightmare Mode. Not an uber-difficult mode per se, but a more faithful Dead Rising experience; time constraints are back, saving opportunities are as spaced out as the toilets from the original, and the more useful and damaging zombie defiling items and weapons are scattered more sparsely. I'm personally not a huge fan of the core Dead Rising gameplay style, but it's a fantastic addition to this third outing, enabling Dead Rising 3 to cater to all. 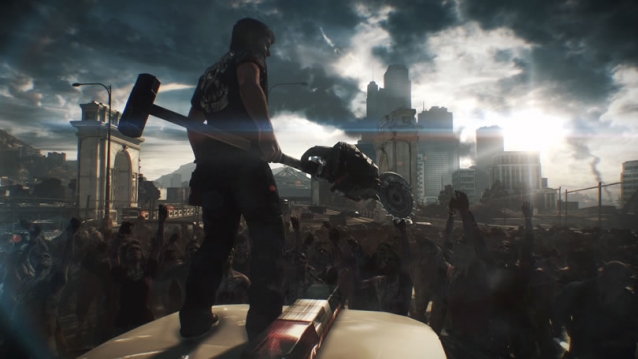 The story is a little lacking, to be fair. With the zombie outbreak reaching uncontrollable proportions, the city of Los Perdidos (based loosely on Los Angeles) is cordoned off, quarantined and left to fend for itself. And a government air strike is on its way to nuke the whole city in a week, setting you your in-game time limit (the days only progress as you progress through the story, leaving only the side missions with time limits). In racing about the city, teaming up with other rather embellished characters, caricatures and personalities, you devise an escape plan in amongst whiffs of government conspiracies, psychotic biker gangs, your own mysterious past, and doctors trying to harvest your organs. It's an enjoyable ride, definitely, but there's nothing about the narrative that really shows itself off. It's simply all been done before. Focus has mainly gone into refining gameplay with the new technologies of the Xbox One, and it shows.

The aforementioned zombies lining the horizon are impressive, and the game experiences only rare and slight slowdown when you muck in and wade through the countless hordes. Close-ups of faces both in-game and during cutscenes are crisp and clear, and showcases the new hardware nicely. However, there are some notable issues with Dead Rising 3's gameplay, once you look beyond the beautiful veneer. Zombies can (sometimes, not always) attack you through certain walls, and vice versa. Fantastic blood effects smear your character's skin and clothes, then just disappear. Certain glitches in textures pop-up... nothing gamebreaking, nothing that really distracts one from the overall fun of Dead Rising 3, but these are things that had just started to be found less and less in games, so it'd have been nice to see an overall polished introduction to the new generation, rather than showcasing beauty with PlayStation 2-style issues. 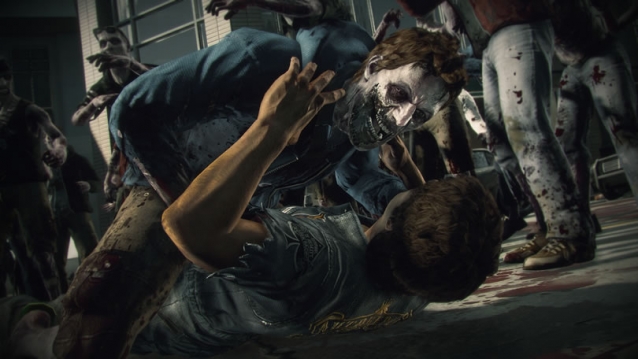 What Dead Rising 3 is, is pure enjoyment that begins as fun, but then escalates quickly into a collection of over-the-top moments of undead genocide and unparalleled weapon customisation. Gone are the workbenches from the first two games, granting Nick the ability to craft new weapons on the move. A couple of seconds of pounding music accompany the crafting moments, which hammer home the urgency you normally find yourself in when it comes to making these new weapons. And with Dead Rising 3 opening up the landscapes somewhat to incorporate four districts of the city divided by motorways, vehicles are a primary focus of not only transporting you from A to B, but also in weaponising them to make your commutes between missions as efficiently zombie-genocidal as possible.

Street cleaners can be combined with party vans to make the Party Slapper, a vehicle that sucks zombies into it and churns them out the other end in big balls of zombie mush. Feeling a little more bloodthirsty? No problem, just graft a steamroller onto the front of your motorbike and let the carnage begin. With hundreds of combos, super combos and vehicle combos, not to mention the volume of everyday items that can be used as weapons (of varying degrees of damage, durability and efficiency, naturally), Dead Rising 3 is all about the fun side of a zombie apocalypse, despite the main story's best efforts to inject a bit of seriousness and down-to-Earth personality into the mix. It's difficult to keep a straight face when faced with psychopaths holding your friends at cement saw-point when you show up to the fight dressed in a pleated knee length skirt and basketball top, brandishing a Freedom Bear – a huge teddy bear augmented with a couple of assault rifles to make the cuddliest turret in the world. 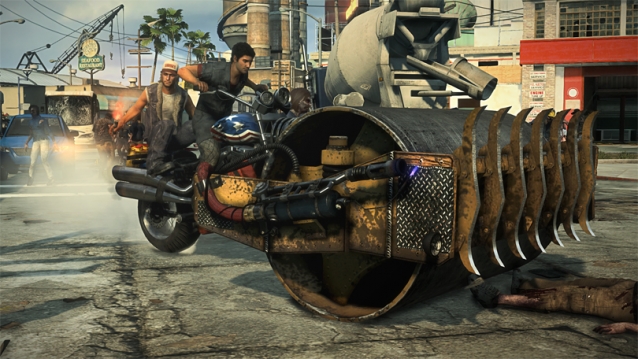 The game's best moments come from ploughing through hundreds of zombies at once in a car, or slicing through them bit by bit with some of the game's better weaponry – it simply doesn't get boring, which is handy as you will spend a lot of your time running past zombies until there's nowhere left to go, and then there's nothing left to do but fight. Zombies, at times, do react a little over the top to your attacks – sometimes a well-placed sledgehammer blow will rocket a zombie miles down the road, at others a pistol to the chest will slice an arm off – it does feel at times a little too over the top, but it's all in the name of good fun.

Your own personal enjoyment of Dead Rising 3 will rest on a few factors. If you get your jollies from numerous encounters with hundreds of zombies, where the game gives you the tools to cause as much undead mutilation as possible, then this is definitely for you. There are simply few things in life as enjoyable and satisfying as a blood-soaked hack 'n' slash through Satan's minions. If you're expecting it to show you the wonders of the next generation, then prepare for disappointment. Dead Rising 3 could quite easily feel at home on the Xbox 360, albeit with longer loading times and fewer zombies on screen. Hell, Dead Rising 3 feels like it was made on an Xbox 360 with a slightly better processor and graphics card – which is essentially what it is. 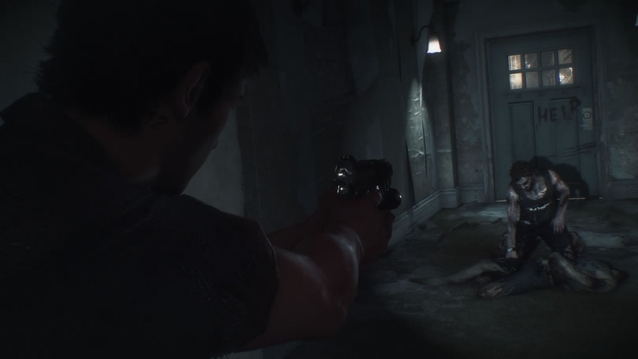 I have no doubt that in a few years' time, we will all be looking back at Dead Rising 3 thinking 'how did people enjoy this piece of crap?' Technologies will change, development will improve, and new gaming dynamics will be introduced, and all these will show Dead Rising 3 to be as basic as games can get on the Xbox One. But as it stands, here at the start of 2014, Dead Rising 3 is pretty, epic and so much fun. Dead Rising 4, if done right, will no doubt trump each and every aspect of this effort, but for a launch title without the advantage of hindsight, Dead Rising 3 provides approximately 30 hours of zombie defiling mayhem that caters for fans of the series as well as a newer audience. The potential demonstrated by Dead Rising 3 is exciting, as it fits snugly in the middle of older gaming styles and problems, and embraces the beautiful-looking, fast processing power of gaming's future. With the, what some might say, lacklustre offerings of titles across both Xbox One and Playstation 4, Dead Rising 3 is definitely amongst the top, essential titles.

Updated graphics, more accessible gameplay, tonnes of customisable weapons and vehicles, and all the zombies you could ever want filling your screen. Dead Rising 3 is over the top, bloodthirsty fun at its finest, albeit with some minor glitches and a lack of innovation that prevents it from being perfect.

Dead Rising 3 Gets A 13GB Update 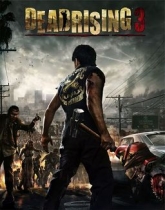