I was so excited to give Demon’s Rise - War For The Deep a play through. It looks a lot like a board game I’m very fond of called Gloomhaven, so what could go wrong? 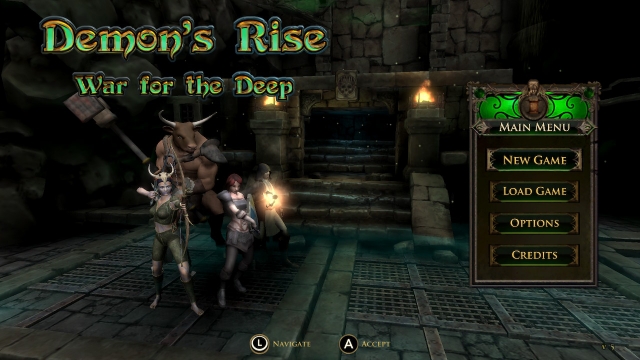 Right off the bat you are given the option to create your own warband, or choose one of four premade warbands. The build a band option gives you to mix and match a team of six characters from a cast of 30, so I chose a minotaur, samurai, chronomancer, assassin, witch, and duelist. Once that is finished, you are sent to a menu which acts as your hub for the game. From here you can play the main scenario of the game, patrol the ruins, visit the tavern, visit the temple, buy supplies and manage gear. Playing this on the Switch I ran into a lot of load screens, and not short ones, 30-180 seconds at a time. It took away from the want to explore the options and the immersion of the experience.

Each mission is played on a singular map, and to be honest these maps felt very similar but just different enough to not be an exact match. I really enjoyed the initial play style; every turn you can activate each character and as turns go on they earn action points “AP” to let them use skills related to their class. What is unique is that some of the skills can fail, leaving you to make tougher choices. For example, the minotaur has a skill where he releases his inner demon and gains extra attacks and damage, however he has a chance to be overcome by the demon and just stand there like a chump. It makes for an interesting risk vs reward mechanic.

Each mission gives you gold for completing it and a chance at finding items to equip to your characters to make them stronger. I found out that you should spend some gold to get weapons for your characters because all of them start with zero equipment. The equipment was one of my favourite parts of the game, as it was interesting. On the Switch the controls for the equipment screen were slow and stuttery which made my desire to explore the item store very low unless I was struggling on a mission.

As I played more and more missions, it became very, very repetitive and almost chore-like. I really enjoyed the gameplay and the ideas it presented, but it was the same over and over even at higher difficulties. This led me to start exploring the mission menus and icons. To my surprise I got stuck inside the menu, it would not let me back out, even after switching controllers I had to hard reset the game. Needless to say, I didn’t explore any more menus located within the missions. On top of that the game just randomly closed itself due to an error, several times. It was at this time I decided to close the playthrough on Demon’s Rise - War For The Deep. 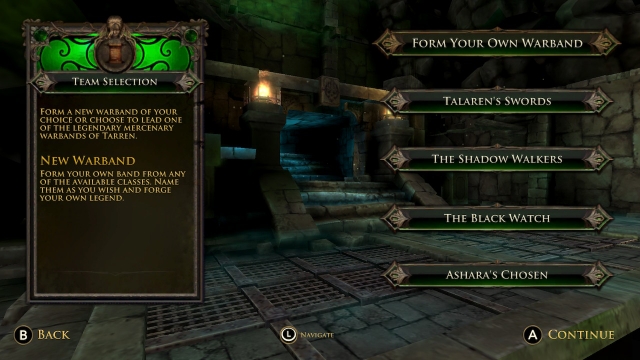 My one last gripe are the controls. The left analog controls where your cursor moves on the hexagonal board of each map, the right analog controls the angle of your view and rotation of the map, while the D-pad controls your view window of the map. I found myself losing my cursor in walls a lot while evaluating options. As well if you press the B button it ends your turn, and I prematurely ended a lot of turns because in my mind B cancels so this was my own fault, but I would love to have seen it be a plus or minus button instead.
Overall Demon’s Rise - War For The Deep was an interesting game with very unique concepts, however there are a lot of bugs in the Switch port that really make the game tougher to play, which makes me curious about the Steam version.

Demon's Rise - War for the Deep (Reviewed on Nintendo Switch)

Overall I love the concept of Demon's Rise. The vast amount of character combinations and the hexagonal game play system. However, the current amount of bugs and incredibly long load times made it hard to really get immersed into the game and the story it is trying to tell.

Demon's Rise - War for the Deep