Raise your hand if you ever wanted to be a palaeontologist as a child. Go ahead and raise it, it’s okay. Many kids (and adults) develop an odd fascination with dinosaurs; something which Jurassic Park certainly encouraged. The problem is, palaeontology is an incredibly competitive field that is difficult to get into, so the idea of a simulator that allows you to live out this dream is certainly very appealing. With my emotional support Orthoceras fossil in hand, I jumped at the opportunity to try out Dinosaur Fossil Hunter.

As you start your escapades the tone is immediately set with music reminiscent of old adventure movies and a lovely narrator. You’re guided through an interactive intro as you’re told the story of the main character and how he went from his own childhood love of dinosaurs to being in the field of palaeontology. Doing a draw-by-numbers dino was a pretty big highlight and as the thought of asking my mom to put it on the fridge came to mind the Steam achievement “Daddy I Drew a Dino” popped up which was pretty funny at the time. 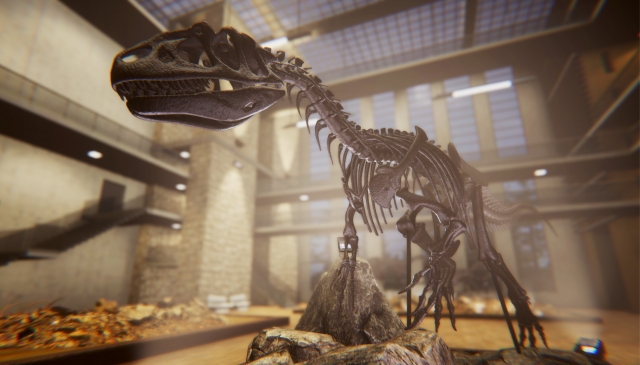 Unfortunately, once this is finished it starts to go downhill. There was more explanation for how to put together some wooden dinosaurs than for any of the game’s actual mechanics. There is very little to point you in the right direction and you’re often left floundering until you finally figure it out.

Navigating the dig sites can be quite painful with you often getting stuck, buried under other rocks while digging, or struggling to get back up and out the hole you’ve dug. It doesn’t get much better when you get in the car as it is difficult to control and crashing into the nearest ditch just can’t be good for the fossils in the back. Chopping through fallen trees and big rocks that block the road isn’t necessarily a bad feature but it does feel like filler content that is mostly unnecessary. The environment design is a bit boring; there doesn’t seem to have been a lot of care or thought put into the creation of the dig sites or the museum but this is somewhat made up for in other areas. Being accompanied by orchestral music while looking out over the landscape does certainly elevate it. While lacking a certain polish, the graphics are quite pretty and aim more toward realism.

Once you’ve “safely” transported the fossils back to the museum you get to clean them! Sure, cleaning isn’t the most fun activity in the world but somehow when you do it in games (especially with dinosaur bones) it’s just a lot more entertaining. That being said, I’m probably going to have nightmares of trying to clean tiny little bones and desperately hovering over them with a brush. I swear you need better aim for the really little ones than you do in most FPS games. There is a little zoom window to allow you to see better but it is quite uncomfortable to use. It would perhaps be better if you could focus on bones individually rather than having them all hanging awkwardly in the air, in rows. 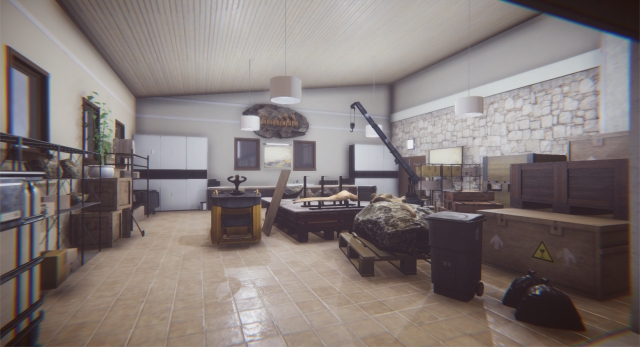 Getting through the preparation process is worth it though when you finally get to piece together a Tyrannosaurus rex. Building the skeletons is tons of fun, although I sat wishing there was a shortcut to automatically pick up the next bone. Once assembled you get to actually build the exhibit that it will be displayed in. Picking the terrain, vegetation, and rocks to use allows you to let out your inner Cretaceous designer.

The camera controls are unintuitive and difficult to get used to, especially while driving the car to and from the dig site. While some aspects of the game design are frustrating it is nice to see that Dinosaur Fossil Hunter has the option to change the font to a more basic/plain version (as opposed to the original handwriting one) which is great for accessibility. 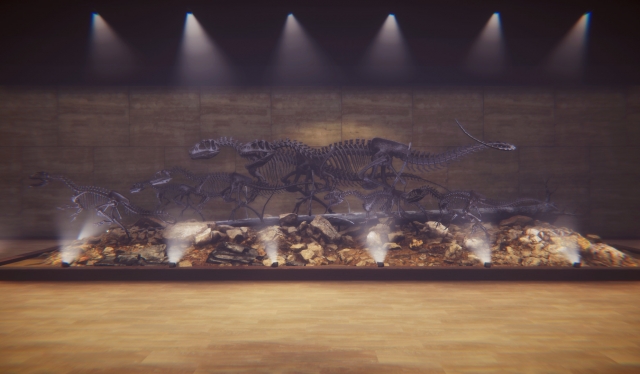 A visually appealing game with an incredible core concept but is unfortunately quite frustrating to play. In general, it feels like there’s an emphasis on quantity over quality – with a lot of filler content that doesn’t really have much to do with the purpose of the title. Luckily, in the latest patch notes, developer Pyramid Games did say it is planning on improving things in future updates so there’s still hope.

Bonus photo of my Orthoceras fossil. 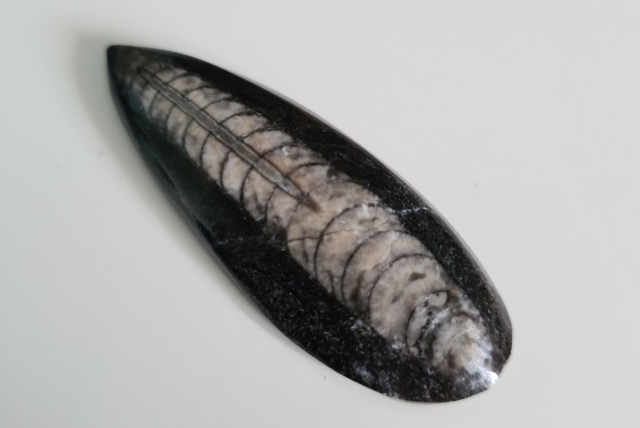 An excellent core concept but lacklustre execution. Still enjoyable for those that love simulators and dinosaurs but should probably be missed by those that are unsure.