Somewhere, in the passage of time, Codemasters’ DIRT series got itself a bit lost. After DiRT 3 came DiRT Rally (no, Showdown doesn’t count), a title that appealed to the more serious hardcore racing crowd, bringing with it absolute hard-as-nails driving to perfect. It was a brilliant diversion from the more X-Games oriented vein that DIRT had found itself in after dropping Colin McRae’s namesake from the title. Then, DiRT 4 appeared and seemed to lose any sense of individuality. It was a fun game to play since it added some of the arcade back to point-to-point racing, but it felt like it had lost some of its personality as a trade-off. 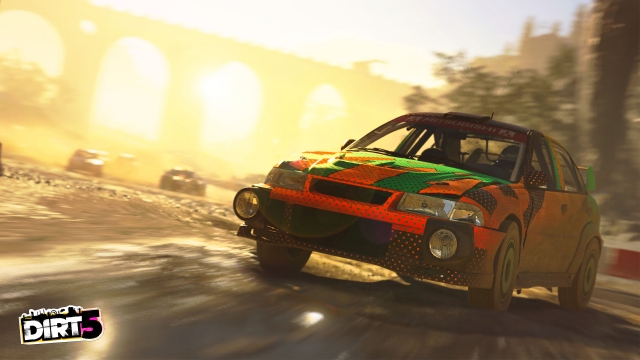 This is where DIRT 5 crashes through the barriers right into our faces, and it brings with it all of the vibrancy and over-the-top X-Games style culture that comes with it. From the opening screens, it’s clear that this isn’t a hardcore racing sim, and if that’s what you’ve coming looking for, I’m afraid you’re going to be disappointed. DIRT 5 is unashamedly an arcade racer, with a plan to just be a joy to play, whether by yourself, online with others, or even on your couch with your friends and family in split screen.

As with any new racing game, I try out a couple of laps in time trial or practice first just to get a feel for how the cars handle, and it’s no surprise that whilst these cars do feel like they have some heft, there’s no denying that even with all assists turned off, that there’s some hand holding happening to stop you from having a massive accident at every turn. It’s not impossible though, and you can still cock-up in spectacular fashion, especially with some of the jumps on offer. This handling leaves DIRT 5 feeling like a game in which you can move your way up the difficulty curve quickly by dropping the assists and upping the difficulty of the AI for a bigger challenge. Taking that into consideration, what matters here in terms of handling for DIRT 5 isn’t that it’s a true-to-life experience with a full physics model and whatnot, but that it’s at least satisfying to control, and that the cars respond in a consistent way, which is well reflected in the cars on offer. 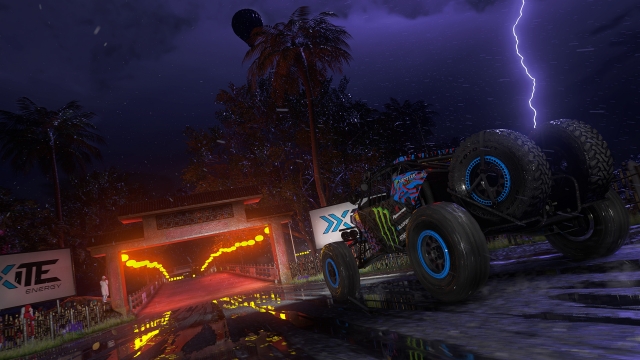 The AI can be a little dense though, and don’t always feel like they attack a corner as hard as they could, sometimes preferring to queue up in an orderly fashion for everyone to have a go at the apex, instead of ripping their handbrake and going round the outside and covering any unsuspecting spectators in dirt.

There’s some impressive detail in the tracks and their surroundings too, with verticality we rarely see in racing games especially in the Path Finder events, where your visibility and reaction times are truly tested, especially if you use the in-car views. But each location you’re in has its own visual style that sells the location well. The Ice Breaker races are also a joy to behold, where the lighting really comes into its own shining up through the cracks in the ice, making you feel like you could easily fall in at any moment. The weather effects are also stunning to watch in action; it’s almost worth pulling over and just watching them roll by at times, completely forgetting about the ongoing race. Thunder and lightning cracks the sky with an appropriate roar, and heavy snow brings your visibility to near nil. All this whilst the Series X happily ploughs through it at a comfortable 60 fps throughout, whether in frame rate or graphic quality modes. Unfortunately, without a 120Hz display on hand, testing the 120fps mode was out of the question. 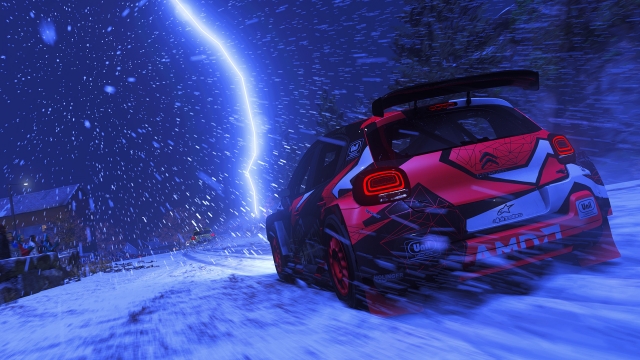 However, the longevity of DIRT 5 lies within its Playground mode. Take the consistency of the car handling, and throw that on top of tracks that are reminiscent of Trackmania, proving a challenge just to drive around at all, let alone in a quick time, and you’ve a recipe for that ever elusive “one-more-go” aspect that keeps the challenge up but the fun in finding those milliseconds on each run. Added to the fact that there’s a fully functional level editor and an ever growing number of player-created tracks to try out, and there’s some serious fun to be had. Personally, I’m looking forward to seeing just what the internet manages to come up with here, if the Trackmania videos on YouTube are anything to go by.

So whilst I do love a good sim racing title like the next person, it’s nice to be able to sit back and take something less seriously, and DIRT 5 really scratches that itch. I always have the DIRT Rally series if I’m looking for a more serious rally game, and there’s really no need for DIRT’s numbered series to try and compete in the same space. If it can work for Forza with their respective Motorsport and Horizon series, it can work for DIRT, too. It’s positioned itself right in the spot where anyone can pick it up, play it and have fun, without having to be an experienced sim racer. 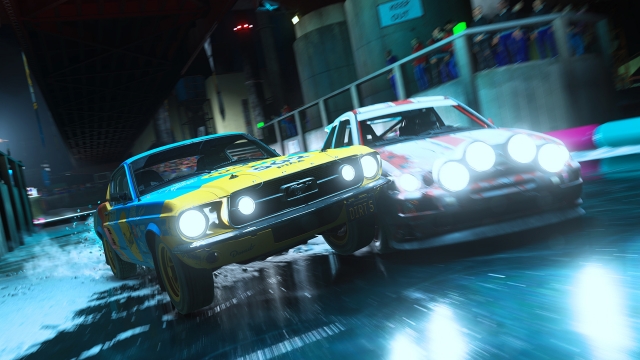 A blast to play, and brings back much needed separation and personality to the numbered series of DIRT games that that DiRT 4 seemed to lose by blurring the lines too much. Playground mode will absolutely keep me coming back for more to beat not just my own, but friends' times as well, because there’s nothing better than beating a time within mere hundredths and restoring bragging rights.

First Look at DIRT 5 on the PlayStation 5