There’s a saying that rally “is the art of getting from A to B sideways”, and in DiRT Rally 2.0 this is a sentiment that holds weight, mostly down to the fact that being able to finish a stage in one piece is an art form in itself. With 2.0 we have a follow up to 2015’s DiRT Rally, a title that reinvigorated rally games, giving us a truly hardcore simulation that the genre had been crying out for. So what’s new and improved for 2.0? 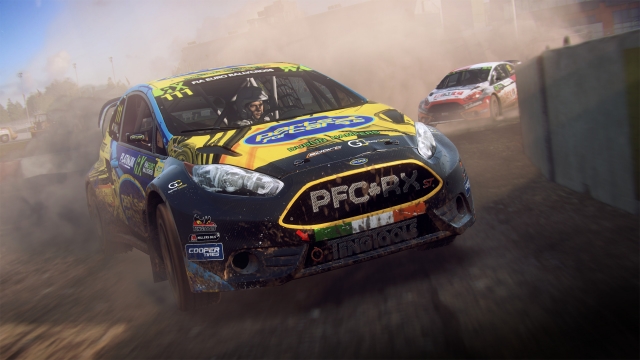 First up though, is the name. You see, DiRT Rally 2.0 is more than just the next iteration of the game. It’s a subtle nod to Colin McRae Rally 2.0, released nearly 20 years ago, back in the summer of 2000. And it’s a clever nod. Codemasters’ early rally games were known for their point-to-point stages, feverish difficulty and lack of X-Games related shenanigans.

The inevitable comparison that DiRT Rally 2.0 has to live up to is how it fares against Richard Burns Rally. Affectionately known as RBR, the game released in 2004 and is still held in high regard as the most accurate rally simulation out there. I mentioned back in my review of DiRT Rally that it was the best thing we’ve had since RBR and Rally 2.0 gets us even closer to that mantle. On the whole, physics have been improved in this outing, with corners at low speed now feeling better planted than before. The grip on tarmac feels a lot less “floaty” than it did in DiRT Rally, though can still feel a bit too slippy at times. One of the biggest new features is track degradation. Based on where you are in the list of competitors, the stage you’re racing on will be in varied levels of degradation, meaning you’re going to have to contend not only with the twists and turns of the track, but also the wear caused by previous drivers and the current weather conditions. All this means that you’ll never have the same experience with the surface of the track twice in quite the same way.

Entering the career mode, I found myself learning the graces of the Lancia Fulvia, a car that’s relatively low on power, but really gives you a feel for how shifting the weight of the car around gives you additional control. You can really feel the moment that it shifts, as you tap your brakes into a corner with the wheels turned, feeling them dig in momentarily and then the lateral shift as your car makes the turn. Having to gently feather the throttle back on as you leave the corner, as too much shifts all of that weight back over the rear tyres, causing a loss of grip and understeer, not to mention a lack of pulling power from your front-wheel drive car to get you going again. This all changes when you get up the ranks into the more powerful cars with different drivetrains. The Group B spec cars are absolutely unsettling when you start picking up a bit of pace, knowing that one minute mistake could spell the untimely end of your race. And it’s this constant trepidation that really ups the ante in Rally 2.0. The sense that it may all just end at any moment has you dialing it back just a notch, to try and get your car over that finish line in (as close to) one piece as is possible.

Graphically, DiRT Rally 2.0 is another notch in Codemasters’ belt. They’ve been doing racing games long enough now to ensure that the title looks stunning. In 4K and HDR on the Xbox One X, it really adds to the atmospheric believability of it all. Sadly though, this also highlights one of Rally 2.0’s real downers. At launch, there’s no snow stage. A weather effect that truly benefits from the addition of HDR, and sadly we’re going to have to wait for planned DLC for it to be added. It won’t be a new snow stage either. We’re getting tracks updated from DiRT Rally that have been tweaked for the new game, and you’ll have to purchase that as an additional download. On one hand, it feels a little souring knowing that it wasn’t included at launch, but on the other, at least I can transfer my knowledge of the stage as is... Overall, DiRT Rally 2.0 is the true successor to DiRT Rally that a lot of enthusiasts were expecting from 2017’s DiRT 4 but never actually got. The having to pay for “new” old tracks is a bit of a sore point, but so long as they’re priced well, it could be an effective strategy for Codemasters’ to ensure continued development of the title. Here’s hoping a future update can add Pikes Peak back into the mix.

A worthy sequel to the DiRT Rally franchise, that updates, upgrades and uplifts most aspects of the original. Still a few little niggles that could be better, but hopefully the paid content strategy can be converted into ongoing support and updates for the title.