DOOM Eternal sees the return of the Doom Slayer, after being whisked away at the end of DOOM (2016), Eternal picks up after a timeskip with little to no explanation armed with a shotgun hunting a group of priests. 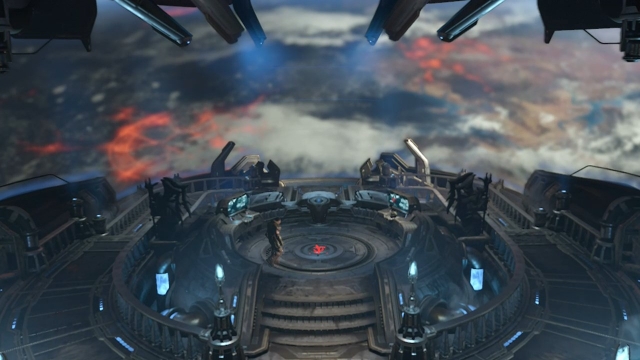 DOOM Eternal doesn’t kick off with quite the same level of bombast as the series reboot did four years ago but it does enough that when the guitar riffs kick in you are as ready as ever to shoot demons in as many places as possible. For those who loved the reboot, Eternal gives you a lot more combat to sink your teeth into.

In fact, combat is one of the main areas that has seen a big overhaul with a whole array of new abilities and powers at your disposal as you take on the denizens of Hell. As well as the ability to customise your weapons in one of two ways (that you can switch between at will if you unlock both) like in DOOM (2016), you also get two types of grenade, a shoulder-mounted flamethrower that causes enemies to spew armour shards and a new powered up melee attack, the Blood Punch.

It could be argued that in moment to moment gameplay you have too many potential options available to you, especially when you are focussing on not being mauled and dashing around the arenas. It’s nice that you have a variety of tactics at your disposal but it sometimes feels overwhelming. Talking about movement you now have the ability to air-dash and, once you obtain the Super Shotgun, grappling hook towards enemies. 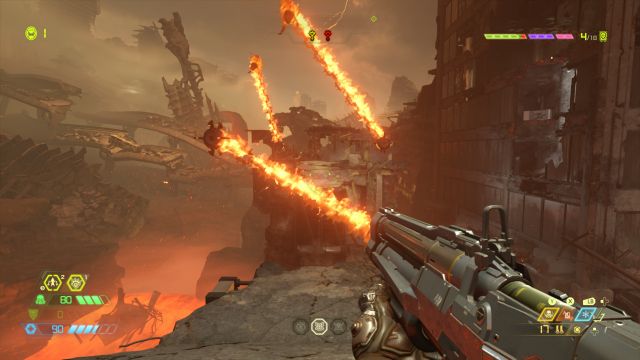 The Doom Slayer has never been so manoeuvrable and honestly you need every advantage as the demons this time around mean business. This game is hard, even on the easiest difficulty, mostly thanks to the demons making their return from the original games. In particular, the tricksy Archvile lives up to his reputation by turning most otherwise straightforward encounters into controller-throwing nightmares as he puts up a shield and resurrects enemies whilst boosting their speed.

Other returning enemies are the Lost Soul (think Flaming Skulls with a screeching problem) spewing Pain Elementals and the Arachnotron. The rest of the roster have had a makeover, in general bringing their looks more in line with the original games which is a nice touch. New enemies flesh out the lineup too with the gargoyle basically being a flying Imp and the Marauder feeling like something out of the original Quake, a knight with an axe, a shotgun and who can summon a spectral wolf to harass you.

Knowing which weapons are most effective against which enemies becomes critically important to not getting overrun, as agile as the Doom Slayer is, you can’t avoid everyone. In this sense each encounter feels much more like a combat puzzle than before. Combined with the more exploratory level design that contains a lot more environmental puzzle-solving than DOOM (2016) and it has a different overall feel to proceedings. 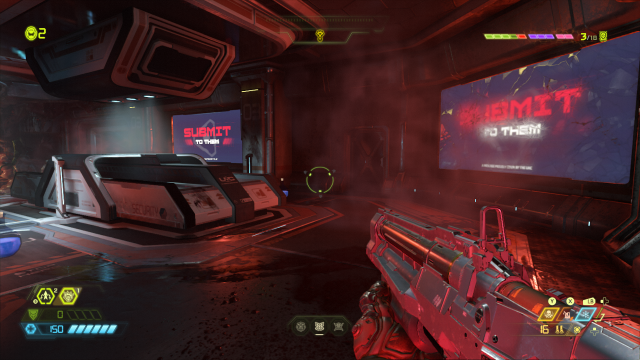 The level design whilst still mostly linear with some detours (often housing secrets or collectibles) doesn’t guide you quite as well as it could, leading to some moments where the path isn’t immediately obvious. It’s not really a problem as the old “green stuff in the environment points the way” method is deployed here, but it can slow the pace down unexpectedly.

The environments are absolutely gorgeous as the game takes us through destroyed Earth environments full of the now clearly deranged remnants of the UAC, before transitioning to the more familiar heavy metal album cover version of Hell we are used to. We even get to see almost angelic areas filled with white and gold… before they are covered in demon blood at least.

The plot is where Eternal stumbles, the reimagining of the Doom mythos that underpinned the 2016 reboot worked because it was still vague, it made connections to the earlier games but wasn’t beholden to them. Eternal attempts to bring everything together into a single retelling that makes sense of all the incongruities throughout the various Doom games, including elements from Doom 64. 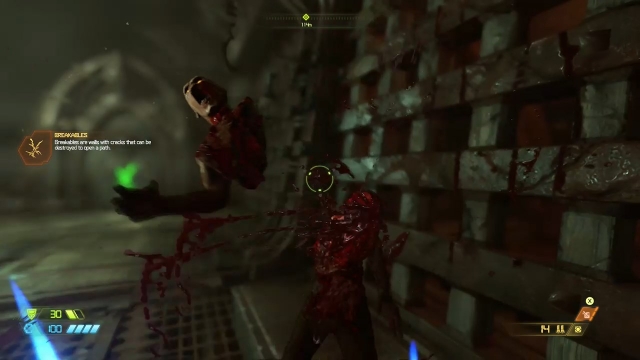 The game has reams of backstory explaining characters, races and their motivations contained in codex entries but not much of it is shown or related to the player during gameplay. The timeskip is never explained as you play, Hell is on Earth and it’s up to you to stop them, you aren’t getting any more context than that.

And for the gameplay this is fine, shooting demons is as fun here as it has ever been and it gets straight to the point but it feels like it’s trying to deepen the mythos at the same time as being a no-nonsense shooter. It feels a bit incongruous when you get a really well put together cutscene talking about stuff that’s really only mentioned in the codex entries.

DOOM Eternal is a great sequel that is perhaps guilty of trying to do too much. Most of it works on some level and the issues I mention above don’t detract from the experience overall. The campaign is a lot of fun and whilst it’s not as strong as the previous entry it has just as much demon killing and that’s all you can ask for.

DOOM Eternal (Reviewed on Xbox One)

A great, if disjointed, continuation of the demon killing franchise. Visually stunning, tight controls and satisfying combat make for an exciting and enjoyable experience. 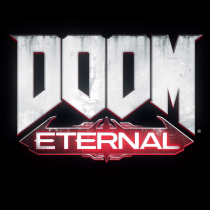