I remember a while ago I reviewed a game called Doorways and in it stated that the Horror genre was on the decline. Then Outlast was released; an indie game developed by Red Barrels which rose to fame fast and even seemed to beat Amnesia in popularity. Since then, many developers have wanted to jump onto the Horror bandwagon. Games like Montas and Daylight; games which had potential, but ultimately failed. Now we have DreadOut. But is it different to the others? Can it save the Horror genre?

You start the game as a College student who, with a small group of other pupils, is going on a school trip led by a teacher so young she could probably be a sister to some of the students. You arrive at a bridge only to find it collapsed. After finding a way around, you enter the town and find an old school. Everyone else decides to have a look leaving Linda, the protagonist, and Ira, her best friend, outside. After several hours, Linda and Ira decide to go find them. Next thing Linda knows Ira has wondered off and all the doors have locked, leaving her alone in the school. 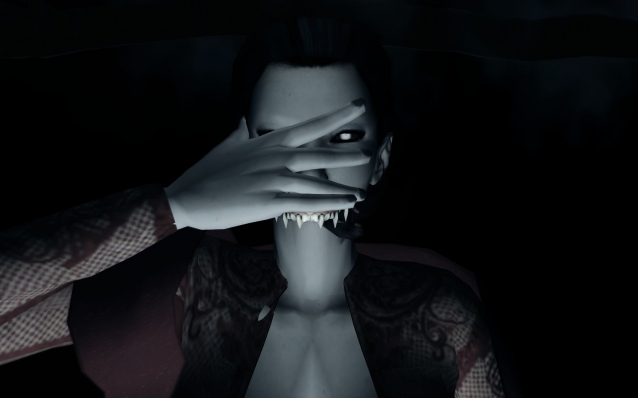 The game currently only has one Act, meaning the only real goal at the moment is to find your friends and escape. Thankfully, Linda has some abilities which will aid with that. Firstly, she has a Spiritual sense, and is not only able to detect nearby spirits, but also objects of interest, such as a note or a key. The edge of the screen will glow red if a ghost is near, and blue if an object is near. She also has the good ol' gift of immortality. Should Linda ever be defeated, whether that is physical attacks or mental ones, she is sent to Limbo. Here she has to run towards the light and she is brought back to life. Limbo increases in length by 100m everytime you 'die', meaning it takes longer to come back alive. Limbo also gives hints to the current situation, such as how to defeat a certain ghost should you have 'died' from a ghost attack. Obviously, the longer Limbo gets, the more help it can offer you. This allows for a nice way to help players who are having difficulty at a certain area.

Following in the footsteps of System Shock, your primary use of attack is photography. Not only can she use her phone to post some ghosts on Instagram, but she can also use the phone to actually see many of these ghosts in the first place, as well as many things in the environment that can not be seen with the naked eye.

The phone is the solution to almost all the puzzles in DreadOut, and here is unfortunately where the game faults. Using the phone is such a burden because you move so slow when using it, it becomes annoying to use. This meant I (and others I saw playing it) only used the phone when directly instructed to or when a ghost appeared. Many of the puzzles were obscure enough, but when the main tool for solving them is so painful to use, it isn't a good mix. It's like playing Portal but finding all the walls to be metal and the Portal gun has a 10 second fire delay on it. 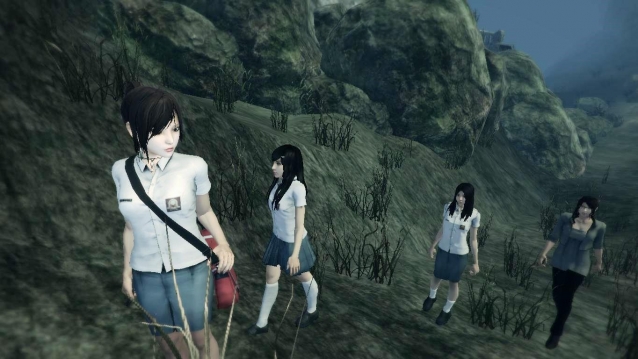 However, combat against ghosts is fairly good. In most cases, you can't just sit there taking pictures of the ghost like it's Lady GaGa; All that's going to happen is you'll make them increasingly annoyed at you. Many ghosts have a weak spot, and you need to find that weak-spot and take a photo of that. But even that has its faults; for instance on one ghost, her weak-spot was her back, meaning you have to snap her until she teleported somewhere and you just had to hope she had teleported with her back facing you, as she would always face you as she approached you; even if you were in a different room and looking through a window at her, she would look straight at you and moonwalk to the door.

The scares are very good, and the game exploits other ways of scaring you, such as ambiguity and dread. Having a scary, screaming lady chasing you is horror. Having a mysterious, teleporting, invisible, scary screaming lady chasing you is terror, dread and ambiguity. The game uses these techniques effectively. It doesn't overuse them to the point of no longer working, but they use them enough to keep you on your toes.

Very little story is revealed in Act 1, so most if it is left to guesswork on the players behalf. The ending is well made and it has a fair amount of secrets, ranging from items to actual ghost fights. With just the first level having a fair bit of life in it, despite it's few faults, the game is looking quite good so far. Maybe DreadOut is the game we've been looking for to help the Horror genre along in its path to success.

With just the first level having a fair bit of life in it, despite it's few faults, the game is looking quite good so far. Maybe DreadOut is the game we've been looking for to help the Horror genre along in its path to success. 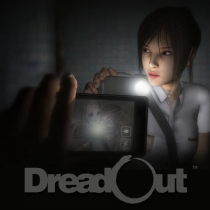