It’s all too fashionable to attack series like Call of Duty and FIFA for their repetition and lack of innovation between instalments. However, no developer has approached milking one franchise for all it’s worth with the vigour and determination that Koei has with its flagship Dynasty Warriors series. With a main series entry every few years accompanied by multiple spin-offs, the series has firmly established its frantic hack and slash style, and any worries that the newest entry may deviate from said style quickly vanish to the tune of melodic speed metal and flashy fight scenes several minutes into the game. 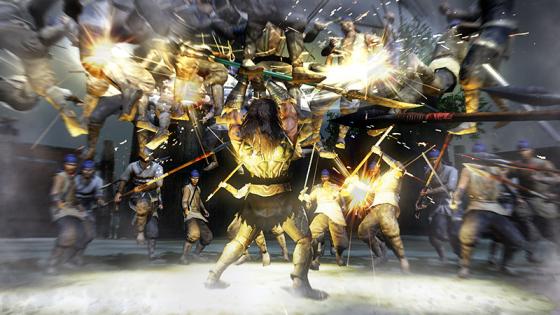 The gameplay is about as standard as Dynasty Warriors gets, which is to say that it’s almost entirely focused on hacking away at enormous groups of enemies. At most times the screen is packed with hundreds of opposing soldiers and generals, and your goal is to eliminate them. Although there are some deeper systems on offer for those willing to uncover them, for the most part it’s the digital equivalent of a punching bag; a simple and mindless way for players to relieve their frustrations.

You’re given one button for a light attack, one for a heavy attack and one for a special Musou attack, the meter for which charges as you fight. There’s also what’s called a Rage Awakening; another meter charges during combat and when filled, the player can dramatically boost their stats for a limited period of time. This can also be combined with the Musou attack, granting use of another special attack.

Each character carries two weapons into battle. These can be switched fairly quickly, allowing players to change up their style during a fight, as well as giving you the opportunity to counter enemies by switching just before they attack, adding an element of timing and strategy to what appears at first to be a somewhat basic game. 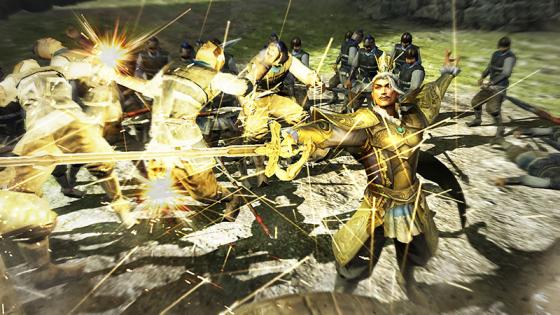 One seemingly insignificant but gratefully received new feature is the ability to call your horse at any time and mount it automatically by holding down the trigger, allowing you to seamlessly transition from foot to horseback mid-combat. Combat on horseback is far lighter than on foot, and creates a fantastic feeling of omnipotence as you glide along hacking away at hordes of enemies.

There’s also a new weapon Affinity system; weapons are now Heaven, Earth or Man type, with a Rock Paper Scissors-esque relationship between the types adding a new dimension of strategy to battling enemy officers. With this system comes a new attack called Storm Rush. When the player engages an enemy with a weaker Affinity than their own, they can unleash a powerful combo attack by depleting a gauge over their head, which is admittedly incredibly satisfying every time.

The number of characters on offer in Dynasty Warriors 8 is also very impressive; there are over 70 unique warriors, each with their own signature weapon. Although the differences between them are somewhat minimal, it still adds a nice sense of variety to what can be a fairly repetitive game.

Although none of the new additions change the core gameplay in any notable way, they, along with the series traditional hack and slash style, make for an incredibly fun experience. That’s the word that best sums up the experience of playing this game: fun. Running around a battlefield and hacking away at enemies holds a joyful, cathartic appeal that has become the series’ trademark. The combat, although very similar to previous titles, feels slightly less clunky than it did in Dynasty Warriors 7 for example, while maintaining all of the satisfying weight that makes it so enjoyable.

The story is loosely based on the Three Kingdoms period of Chinese history, but in all honesty it’s an average and somewhat clichéd affair, as are most Dynasty Warriors storylines, offering a vague context for the battles and very little else. The dialogue is a little on the cheesy side as always but it works within the context of the game, only becoming actively irritating when lines are repeated throughout a battle.

There are four separate campaigns, one for each of the playable kingdoms, as well as an “Other” campaign for a variety of miscellaneous characters. Instead of limiting players to one member of each kingdom, a choice of three or four characters is provided for each mission, helping the campaigns to stay varied and fresh over long periods of play. There is also a Free Mode, allowing the player to revisit stages free of story constraints to collect items and level up, and an Ambition Mode, which introduces some light simulation elements and involves building up a base to impress the Emperor. However, despite offering some variation, both of these additional modes are still heavily focused on the same battle gameplay found in the Campaign Mode.

Each of the main campaigns provides several hours of gameplay, and with many more to be found in the extra modes, Dynasty Warriors 8 is a game that will provide plenty of value for money and replay value.

Graphically, the game is just about on the positive side of average. The abundance of blurry textures can be a little distracting, for example, but for the most part the graphics are certainly no worse than your average current generation title, and are compensated for by an eye-catching, if somewhat clichéd art style. 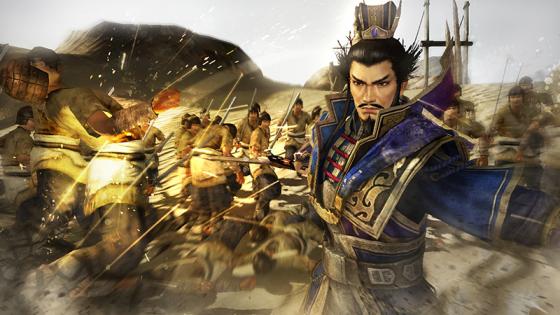 On the technical side of things, however, Dynasty Warriors 8 is far more of a mixed bag. Despite running reasonably well generally, frame rate issues make an unwelcome return with worrying regularity. The game most noticeably slows down when the screen is filled with enemies; Dynasty Warriors 8 is an extremely busy game visually, allowing for far more enemies to occupy the battlefield at once than in previous titles. However, this also happens far too often when the battlefield is less crowded, which is something of a disappointment.

By all accounts these issues are far worse on the Xbox 360 version, which I played, but I can’t speak for the quality of the PS3 version first-hand. Luckily, the game suffers from very few other technical issues.

The soundtrack is, as with many features of Dynasty Warriors 8, strikingly similar to past titles, sounding once again like Motley Crue, Accept and Judas Priest fused with traditional oriental influences. Although the riffs and melodic leads are not particularly memorable, they certainly suit the over-the-top feel of the battles and as such enhance the experience significantly.

In conclusion, to those who have not been won over by older Dynasty Warriors titles, this newest instalment will not cause any kind of revelation, as it is extremely similar to previous games in the series. Those who do enjoy the games, however, will find a familiar but immensely enjoyable game here, with a few minor tweaks complementing a winning formula. It’s not new, but it’s damned enjoyable.

It’s all too fashionable to attack series like Call of Duty and FIFA for their repetition and lack of innovation between instalments. However, no developer has approached milking one franchise for all it’s worth with the vigour and determination that Koei has with its flagship Dynasty Warriors series.