Echoes of the Fey: The Fox's Trail Review

Visual Novels are an odd genre. In any other type of videogame, I would bemoan the lack of action and interaction which this category of visual entertainment is known for. A good game of this classification won’t have too much player choice to influence the story, and instead will rely on the immersion through a well written tale and nicely drawn characters. This is something commendable in the gaming world, as that self-imposed limitation means the creator will have a lot more work to do in order to make a great game. When the elements are sparse, they must be brilliant in order to shine. But does Echoes of the Fey: The Fox's Trail shine like a diamond or could it do with a bit more polish?

The story is fairly intricate, involving the old staples of warring races, a missing hero, and humans using magic they shouldn’t in order to turn themselves into cats. In fact, the first choice I had to make in the game was to decide whether I should purr or meow. I don’t think it made any difference to the story progression, but for what it’s worth I purred. There are a few different endings to the game so maybe it would have ended the world if I meowed, but I think the game-changers are likely to be a bit later in the story.

Unlike a lot of visual novels, the storyline is relatively expandable, with a number of side quests available. These are accessed usually through an exploration mode which sees you moving the character in a 2D environment. Whilst this is a nice touch, I wasn’t massively impressed with the execution. The characters’ walking animations seem to consist of three or four frames, and this means it looks very jerky and all over the place like a cheap Eastern European cartoon. If the characters had just had a “got to place x to engage in side quest” option, I think it would have seemed less janky. 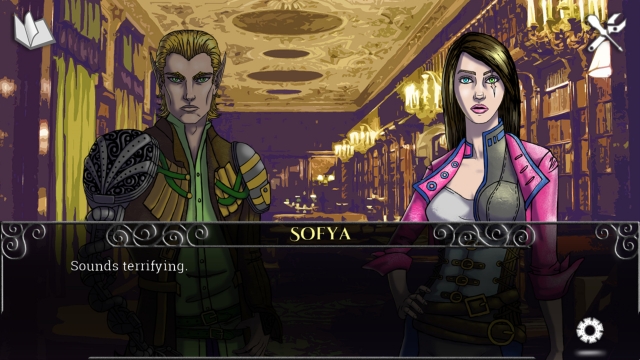 Unfortunately, janky animation is a recurring theme throughout this game, with the characters having facial animation containing no lipsync. The characters just open and close their mouths like goldfish and words mystically fly from their pie-holes with seemingly no diaphragmatic assistance. It’s not even consistent, as sometimes characters just sit there with their mouth agape like some kind of sex-doll instead.

To add even more inconsistency, the game has some of the most sporadic voice acting I’ve ever heard. Some lines are fully voiced, some just have a vague three word phrase associated with them, and some are completely silent. When it is present, the delivery of the voice acting is very good for some of the characters. The actress playing Sofya stood out in particular, with Amber Leigh delivering lines in the playful manner expected of the cartoon-styling that the game offers, without being so over the top as to be grating. Personally though, I couldn’t get over the switching between voice acting and silent posturing and turned the sound off after an hour or so of playing.

The fact that I felt compelled to mute the sound is a shame, as the music here is great. I might not have been totally engrossed by the story, by the sonic scene-setting was sublimely serene and I’d happily listen to the soundtrack of this game repeatedly. An option to mute voices but keep the music playing would have been nice.

All in all, I had a bit of a mixed time with this title. It’s decently written and has some interesting mechanics, but there are a number of areas that just seemed half-finished. A bit more work on animation and voicing and this could have been an excellent game. As it is, it’s enjoyable, but ultimately not all that memorable. 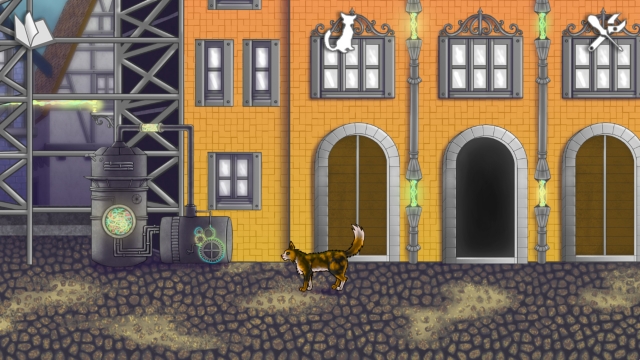 Echoes of the Fey: The Fox's Trail (Reviewed on Windows)

A decent game that doesn’t seem like it was completely finished before being released. It’s not a bad game, but neither is it a great game. One for hardcore Visual Novel fans only I’m afraid.

Echoes of the Fey: The Fox's Trail