Created independently by Norwegian developer Mattis Folkestad, Embracelet follows Jesper, a reserved teenage boy, who visits a small island community where his grandfather grew up. With the help of a magical bracelet, Jesper discovers secrets surrounding the island’s past and interacts with its various residents. Seemingly influenced by slow-paced adventure games like Life is Strange, Embracelet’s main draw is its charming storyline and simple gameplay. It offers a nice coming-of-age tale that doesn’t get too complex and ultimately hits the mark.

Gameplay mechanics are limited to clicking on objects with a cursor to interact and making occasional dialogue choices. Sometimes, certain key lines need to be said to advance the story along. While there are multiple endings and some decisions that change bits of the narrative, the story is mostly linear. There’s also no way to distinguish side quests from story ones. This steers the player into soaking up the environment as much as possible, since your true goal is to take a relaxing stroll through the peaceful island town. 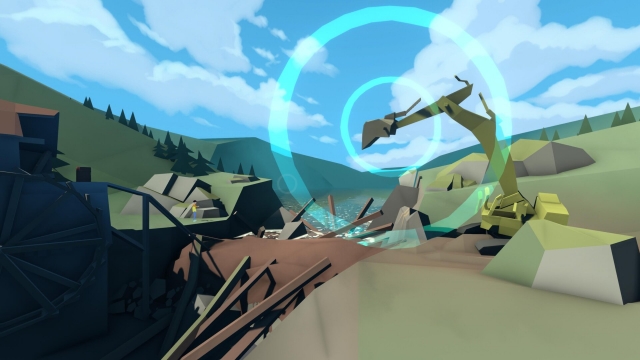 Your bracelet serves as a magical wand that lets you illuminate areas, power electronics, and levitate large objects. Only certain designated objects can be influenced by the bracelet. If you use it, two moving rings appear and pressing a button when they overlap triggers the action. Messing this up presents no penalty, and you can immediately try again. This gameplay mechanic allows for simple puzzles where you have to trigger the bracelet on objects in a certain order based on clues. The puzzles are all very similar, but result in some satisfying moments when solved.

Since gameplay is so straightforward, the real appeal of Embracelet is Jesper’s character development and relationships. Jesper is an awkward kid, so he often comes up with silly responses that you’d expect from someone like him. Moments where he tries to force humor to lighten the mood but ends up making things even more embarrassing are pretty hilarious. His relatability makes you feel like you’re able to read his mind at times, which leads you to become invested in his story. While we don’t learn a whole lot about the game’s supporting cast, each character does have a unique personality and brings something interesting to the table. More specifically though, the plot sort of jumps from the introductory first act to a climactic third act, with little happening in between. There’s a bit of a bonding moment where the player must make a major decision of which friend to visit, but it’s brief. Having been created by a single developer, resources for stretching out this story beyond its 4–5 hour runtime may have been a monumental task. Still, there are several emotional moments and an overall feeling that a lot of care was put into Jesper’s adventure.

You’ll notice there are a lot of popular coming-of-age tropes in this game though. Having a trio of friends bond and ultimately make a stand against some powerful opponent is something you see all the time. While somewhat obscure, I actually found the story to be pretty similar to the book Hoot, since it has several identical plot points and themes. That being said, there are countless tales with similar story beats and character motivations, but this doesn’t take away from the fact that they can work well.

Technical problems you’ll notice during your journey are related to the camera angles used. Your overhead point of view is usually stationary and changes once Jesper walks off frame. The benefit is that every scene looks like something out of a postcard, but sometimes it’s hard to see where Jesper is exactly. He’ll often be behind something, or walk off the edge of the view into an abyss. Occasionally, I even found myself stuck in a wall and unable to get out. These situations unfortunately take you out of the game’s immersive atmosphere, and occur quite frequently. I appreciate what the aim was with this visual approach since an over-the-shoulder perspective isn’t too exciting, but it was executed in a buggy fashion. 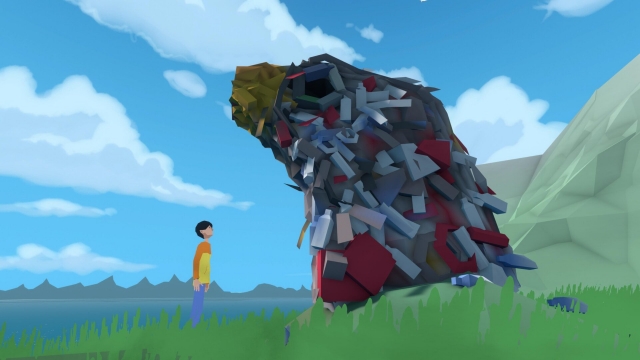 Alongside a colorful visual backdrop, I found Embracelet’s soundtrack to be a real joy to listen to. It’s ambient for the most part, but still provides an emotional ride. From complete tranquility to inspiring tunes, the game’s music is simply well done. It matches the atmosphere of northern Norway quite well and helps the player become immersed in Jesper’s journey almost instantly. Some may criticise the walking and fetch quest portions of the game, but I personally didn’t mind them, thanks to the nice music accompanying you during these travels.

I cannot give enough praise to Mattis Folkestad, aka Machineboy, for his accomplishments in crafting the world of Embracelet on his own. It’s a very underrated title at the moment — that’s for certain. While it contains a lot of cliches, they work decently and are easy to overlook. The game also dares to bring up some sensitive themes like sexuality, poverty, and death, integrating them cleverly and subtly. Watching Jesper’s development and exploring the island is a real treat, and I will likely finish up the remaining side quests in my playthrough just to hang out in this world a bit longer.

With scenery straight out of a Norwegian travel postcard, Embracelet offers a peaceful coming-of-age tale that doesn’t get too complex and ultimately hits the mark.