Eternal Hope created by Doublehit Games is a unique puzzle 2D platformer. It is a beautiful game that looks like a mix of Limbo, and Hollow Knight with elements of Ori and the Blind Forest and Studio Ghibli tossed in. And just like in Ori I'm crying within the first five minutes. The story really does a great job at breaking your heart. 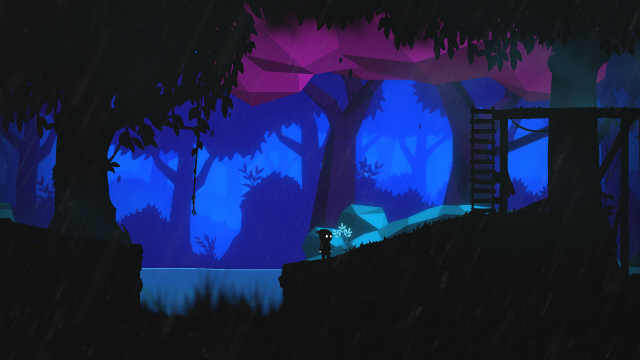 You play as a young boy named Ti’bi, he is all alone and wonders what he did to not be good enough. He has dreams of meeting someone that he can love, and one day he meets the girl of his dreams, instead of just being a silhouette she has a white scarf. Everyday the two meet up under the tree where they first met, until one day a nasty thunderstorm has blown in causing Ti’bi to be late for their meeting. She never shows up, Ti’bi is once again alone. This is not like her, he knows something must be wrong. He heads out to search for her in the storm. Finally finds her, standing by the edge of a cliff with her scarf seemingly stuck on a fallen tree, just then a huge crash of lightning hits knocking her off the cliff where she dies. Ti’bi is crushed, Death shows up with a special arrangement with our hero, this might not be the end. Something happened when his girlfriend died, causing all the souls that Death would normally collect to shatter. If Ti’bi helps him collect all the fragments, he says he will bring his girlfriend back to life. Death gives Ti’bi a special ability that lets him switch between the normal world and the shadow world. This ability will be required to solve a lot of the puzzles in the game that you will come across. When you try it out for the first time, a fairy named Heli appears to save you from staying in the dark too long. It does have a time limit, you can only be in a shadow world for a very limited amount of time. So in the upper left corner of the screen there is a meter that will deplete as you are in the shadow world, once it runs out you are snapped back to the regular world, but luckily the meter refills quickly on its own so you can use the power again. 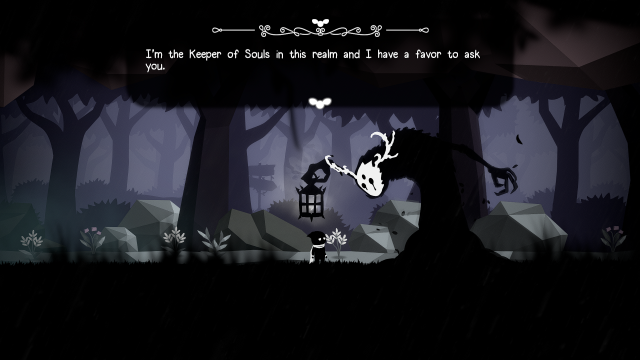 The game is split into chapters, and each of them will contain environmental puzzles that you will have to solve. At the beginning all Ti’bi can do is jump or move objects around, there are no enemies walking around the level, your real enemies are water and falling from too high of a distance. Though this will change as you play and get into the later chapters when you come across booby traps, monsters like trolls, wild animals and other shadow creatures that pursue poor unarmed Ti’bi. There are some other characters you will come across that have been caught in some of these traps that you will have to set free. They will end up helping you on your adventure. 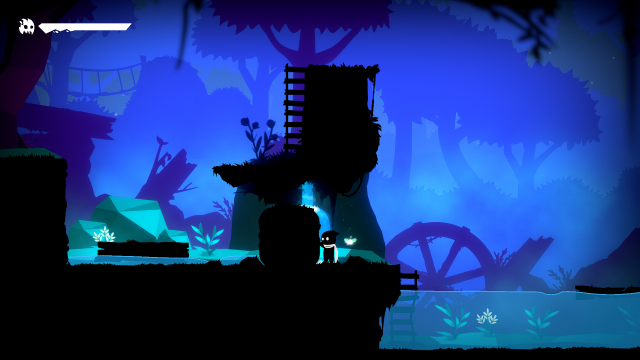 If you do happen to die, you will restart around the same spot to try again. There will be times where you just have to experiment to see how exactly you can solve a puzzle, so expect to die a few times at least. If you feel stuck, use your power to switch into the shadow world. This will allow you to see things that you weren’t able to see in the regular world. Sometimes platforms will be accessible that weren’t there before that will require you to switch from one world to the other in quick succession to be able to get across an area. Or if you need to get up to an area that it too high, an An’mu (a creature from the shadow world) will be there to give you a hand to get up. Eventually you will learn how to glide using your scarf that will help you get across larger areas, this will be an incredibly useful technique to know. The visuals are gorgeous with the hand painted like layered backgrounds and the black silhouettes in the foreground. The sound effects are great especially if you are wearing headphones, in the intro the sound effects really make you feel like you are immersed into these different worlds. The colourful levels are a great contrast to the black silhouettes of the main characters in the game. The An’mu characters look like they just walked out of the Studio Ghibli movie Spirited Away, they are full of character and whimsy. 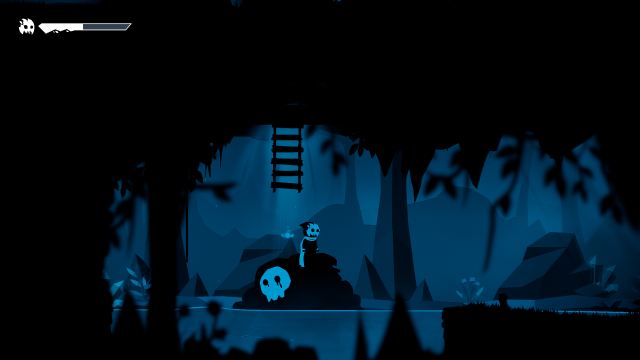 Eternal Hope is a very short game but it’s memorable. It’s dark, bleak and definitely one huge emotional rollercoaster. Ti’bi seems so sweet and innocent, it’s hard not to cheer for him on his quest for love. This game is definitely worth checking out if you want a game you can complete in a few hours that has a unique story that will stick with you for a while.

Eternal Hope is a dark and bleak, 2D puzzle platformer that takes you on an emotional rollercoaster that will stick with you for a long time. It is incredibly short, but looks and sounds great during its brief stay.