Expeditions: Rome is the next installation in the Expeditions series, following the stories in Rome while you fight in a war against King Mithridates. This strategy game spans throughout several campaigns, and players will be tasked to command an entire legion to victory through different forms of combat, gather and acquire resources in each of the campaigns, and bring Rome to victory.

The main character is completely customisable, including their gender. It allows the player to choose the character’s personality, which will affect some dialogue choices (although not many); the character’s class, with different abilities and roles within each battle sequence; and some customisable elements to their physique, such as the portrait that appears in dialogue, gender, their height and name, which are more for roleplay reasons. My first worry was actually how I would be perceived for selecting a female character (given the sexism back in those eras), however, my worry immediately subsided when I tried to select my name and the game told me that women weren't given first names back in those times. It was then that I knew I was in for a historical ride.

I am not very knowledgeable when it comes to Rome in those times, so I can't defend Expeditions: Rome in the historical aspect. But I was ecstatic once the game began mentioning my gender very often. Not only was it the gender of my character, but several things also get judged by your party as you interact with the world, which will lead to them liking or disliking you.

The player's party consists of 12 characters (praetorians henceforth, as they are called in-game), each having their own traits. These personality traits (aside from the medically inclined ones such as Doctor and Physician) allow the character to judge the player according to each of the actions they choose. Some praetorians will have conflicting traits within the party which will lead to not being able to please them all. The traits have things such as Prideful and Humble, or even Sexist, which will have your praetorians lose respect if you treat women properly. If a praetorian's liking of you falls below a certain threshold, they will abandon the party. 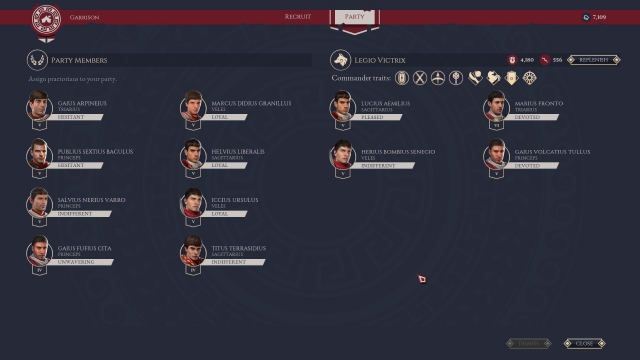 This is a great system to play around with. Not only does it encourage consistently acting and reacting the same way to have your praetorians remain loyal, but it also adds new depth to the party building system by trying to build one centred around similar morals, along with having favourable amounts of classes to be able to adapt to each battle accordingly.

Whilst on the topic of classes, Expeditions: Rome offers four different classes, each with three different sub-classes that the player specialises in with the talent points they get throughout their journeys. The classes are Princeps, Veles, Sagittarius, and Triarius.

Each of the classes has its own set of armour and weapons it can use alongside the skills they have access to and, as mentioned before, three different subclasses to make sure that there is a way to specialise everyone in different ways. And trust me, they can be drastically different. The game allows the player to choose any of the three classes at the beginning of the game to specialise in. The problem is that this happens a bit too early, which leads to not really knowing much about each of them when prompted to choose.

Expeditions: Rome is a massive game filled with mechanics everywhere you look and micro-management that will allow the player to either excel in combat or perish at the feet of their foes. For this reason, it has several difficulty levels that should allow players to make it as complex or simple as they desire. With three different difficulties, along with two options meant to make the game harder, Expeditions: Rome has the depth in difficulty and mechanics to satisfy just about any skill level. 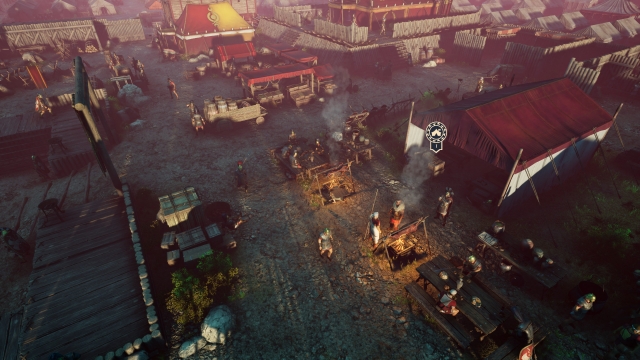 I personally am a newcomer to the strategy genre and went for a normal difficulty that I felt would be appropriate for my skill level. Although it proved to be a tad too easy for my liking, it only really succeeded in exciting me to come back and try the harder difficulties, alongside the Combat Death and Iron Man options.

Combat Death enables death within encounters for your praetorians, or even story companions and characters. If any important character dies, it's game over. Meanwhile, the Iron Man mode disables manual saving and only allows the player to proceed through autosaves — which don't happen often at all. This is meant to make the player live with each of their choices.

The game is so massive in fact, that 10 hours in I was still getting introduced to mechanics that allowed me to further customise my party. Although I have a bad history of taking way too long to finish games, 10 hours in still learning stuff only served to get me excited for the depth that Expeditions: Rome has. Little skills and tricks that aren't directly taught can also be extremely helpful and allow for replayability with the greater difficulties enabled.

Combat is split into two different types, both of which are extremely fun. You have the personal battles where you charge into combat as a group to kill the enemy party, which will have the player using all of their resources available for combat, and the full-scale Legion battles that will take a top-down perspective, allowing the player to select which of their appointed commanders will lead the charge. These are more luck-based given that a lot of it isn't really something the player can micromanage to ensure their victory. 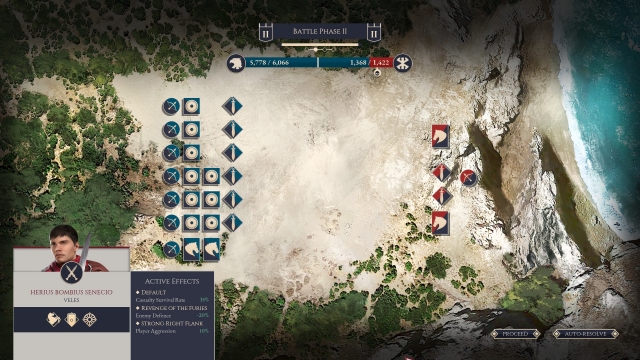 Each of the four different stages of the combat will have the player selecting one of three cards randomly chosen that will allow them to choose different formations and tactics, these are called Stratagems and can be unlocked through the camp in which the Legion is residing. These will offer random buffs and debuffs, such as ensuring that you fight more aggressively at the cost of more defence and offers a lot of different outcomes. Casualties are inevitable, and sometimes Fortuna isn't on your side, but that's sometimes what dictates war and it doesn't detract from the fun. I loved it when a battle went wrong, and I had to appoint a new commander. It felt like a real war, like I really was leading an entire Legion and someone had massively screwed up and put me at a disadvantage, and I loved it.

As any war commander, the player is tasked with leading the Legion and everything that comes with that. Hire praetorians for different jobs, such as recruitment, blacksmithing, and making them commanders of the army. Each one has traits that make them better or worse at each of these, and it is up to the player to assign everyone to the right outpost, whilst also not forgetting to swap them around whenever necessary.

The overworld exploration will have you taking you and your party throughout the region as you explore a world filled with a fog of war. This fog lifts as you advance through it, allowing you to see where there are enemy camps and resources that are up for the taking. This system reminded me a lot of Heroes of Might and Magic III, and I welcomed it with open arms.

While you explore, random events can trigger that will offer different rewards according to how you react to them. This can range from a hunt gone wrong, to finding a random traveller that happens to know that a Legion is advancing on one of your settlements. How you react will determine the outcome and what rewards you reap from each of these. They started repeating for me at about the 20-hour mark, but I was still a fan of them despite knowing their outcome. Sometimes I'd be surprised with a new one and I was completely unsure of how to react. 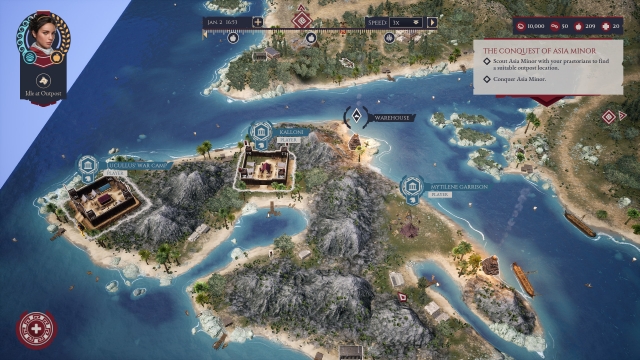 The audio and graphic design in the game is also something I deeply appreciated. Every character is voiced, some with questionable actors but nothing too difficult to ignore, gorgeous sound design that didn't make an obvious and repeating sound irritating, and graphical style that truly dropped my jaw despite the angle at which it was presented. If this game had a picture mode, I would definitely have made use of it.

A story that pays attention to your actions, gorgeous graphical design, and perfect gameplay to support these two make Expeditions: Rome the absolute joy it is to play, with great mechanics and decisions at every turn. With options available for new and old comers to the genre, I see little reason not to pick up Expeditions: Rome for anyone interested in the genre and title.

Expeditions: Rome is astounding in every area I was presented with. Constantly I felt like there were tons of things for me to explore and pay attention to, and truly simulates how I picture leading an entire war campaign.