If you love action-platforming games like Mega Man X and stories like King Arthur and the Knights of the Round Table I have an interesting game by Fairplay Studios for you to check out. The main story in Fallen Knight follows Lancelot the 49th who is a descendent of Lancelot from the King Arthur tale. In the future the Knights of the Round Table have found the Holy Grail. They discovered that the Grail was a never ending source of pure energy. This energy was used by the whole world causing wars to cease, and ending world hunger. World Peace can finally be achieved, at least that was the thought until a terrorist group called The PURGE appears. They feel that the energy from the Holy Grail is the greatest SIN humanity has ever known. Lancelot has vowed to take on the six members of The PURGE to save Neo-Utopia. Not only will he have to battle each member, but will have to defeat each their own unique stages before being able to take them on head-to-head 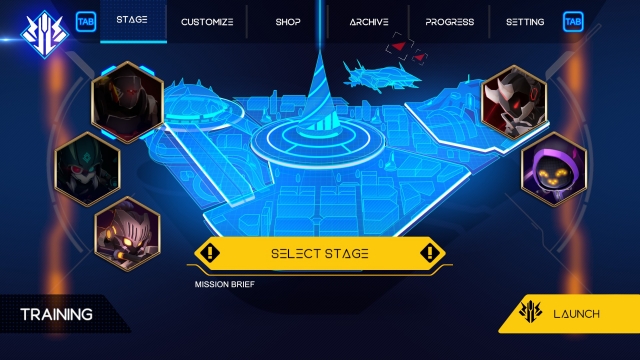 Fallen Knight has two difficulties to choose from, Casual which will start you off with the Life Saving Skill equipped and is recommended for players that are there just to enjoy the story. Normal is a more challenging experience that has you playing as Lancelot the Legendary Knight of the Round Table. Besides the selection of difficulties, Fallen Knight has other modes besides the main story to challenge. You can take the alternate route playing as Galahad. The game warns you that playing this route will spoil some of the events that occur in the main story, so it recommends that you don’t challenge it until you have completed Lancelot’s quest. Plus the difficulty in this mode is very hard especially if you haven’t challenged the easier story. Once you have completed the casual or normal mode, the Boss Rush mode will be unlocked for you to challenge. 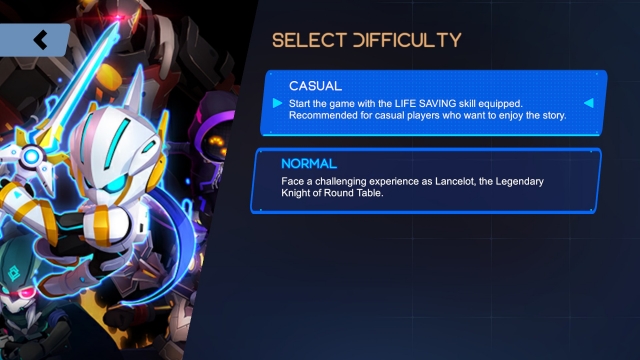 Like in the traditional story Lancelot is armed with a trusty sword. This allows for some unique game mechanics to be introduced. Fallen Knight has a tutorial that will teach you how to perform all the different abilities that will become available to Lancelot. Like most 2D action platformers you can Double Jump, and Dash. Though Fallen Knight has given Lancelot a few more unique moves. He can crawl up the wall and just hang out and not fall, almost like Spider-Man. This is great because you can swing your sword and not have to worry about falling off until he jumps down. If you are on casual difficulty you can press a button to recover some of your health when you are getting low. Perhaps the most unique ability is being able to parry and disarm the enemy. Sometimes this is a bit tricky to do, but once you learn the timing and exactly when you need to strike you can make them drop their weapon. If you find it hard to time right you can always purchase items that increase the window of time that you can attack to be successful. 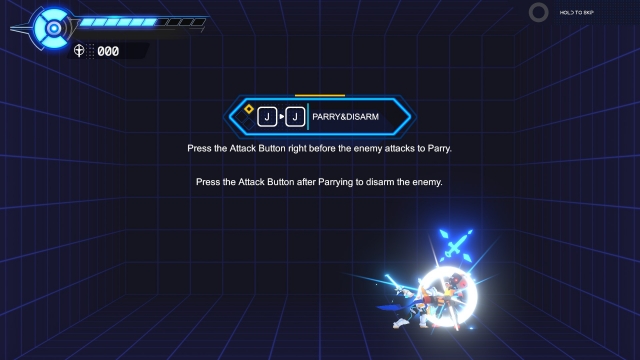 Fallen Knight gives you a lot of options for methods of gameplay. Sure you can go in slashing away at the enemies, or you can take a totally unique approach and disarm the enemies and parry to avoid their attacks. This technique doesn’t only work on the smaller enemies that get in your way, during boss battles you can also disarm. If you manage to do this successfully three times to the boss, they will be defeated no matter how much health they have. So if you spend your time perfecting your disarm move, the game could potentially become a lot easier! 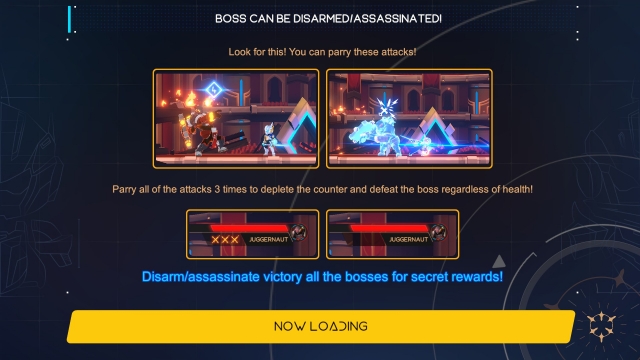 If you do choose to play the game on the Casual Difficulty, you will be penalised. The game shows you a Mission Report at the end of the stage and if you are on Casual no matter how good you do, Lancelot will never get a grade higher than a B. Normally you are graded on how long it takes to complete the level, how many enemies you took down, and how many times you died during the stage. There are bonus points awarded for Disarming the stage enemies, Boss Disarms, taking no damage and a score for Total Honor Points. If you choose to disarm an enemy instead of killing them you will be rewarded. 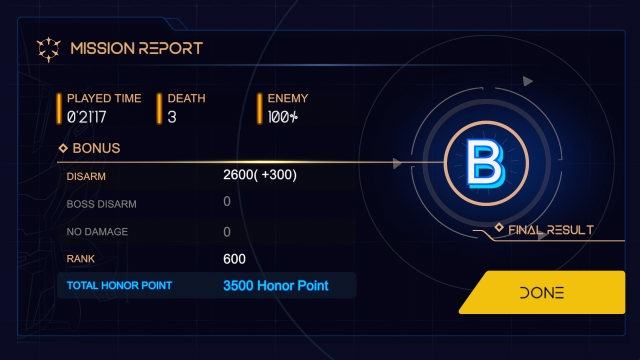 One time during a battle with the boss Pierrot after numerous attempts, I got close to defeating him. That is when I hit a glitch, the problem occurred when he disappeared like he usually does after attacking. Pierrot never returned to the battle. Guess Pierrot knew one more strike and he was toast, so instead just decided to retreat. This was pretty annoying since it was one of the more difficult bosses to defeat. The only way I could continue was to shut down the game and restart so I could re-challenge the stage again. 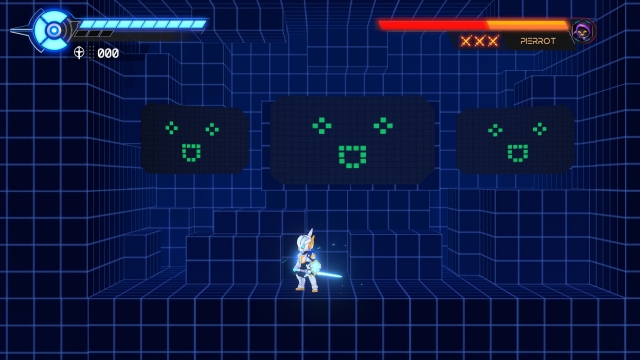 Make sure between stages you remember to go to the customise menu to purchase new upgrades. I totally forgot and found some of the stages a lot harder than I expected them to be. Purchasing upgrades with your points would definitely help increase your abilities for taking all the enemies down. Bonus is if you want the challenge to be a bit higher, don’t buy anything. The visuals in Fallen Knight look great. The scenes progressing the story at the end of the stages are still shots but look really cool and are very well done. Accompanying this is some great music that is very catchy and fits the mood very well. Fairplay Studios has really done a great job at creating interesting characters that aren’t all just copies of each other. The bosses look great and have unique attacks and personalities. 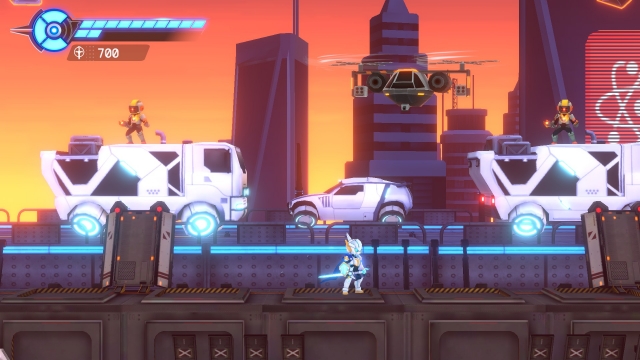 Fallen Knight is definitely a game you will want to check out if you are a fan of 2D action-platformer titles. Especially since they have based the game around the story of The Knights of the Round Table. This creates some interesting gameplay when you are using a sword instead of a gun. Parrying and disarming your enemies was a great addition to the game, it was very unique and definitely an added challenge.

A super fun 2D action-platformer with a unique twist on a classic story. Even for someone who plays a lot of games like this I was still challenged and really enjoyed the unique addition of being able to parry and disarm the enemies instead of just killing.