Three years on from the release of Far Cry 5, Ubisoft have once again blessed with their chaotic, open-world game where you overthrow a mean tyrannical leader. If you enjoy that, you’ll enjoy Far Cry 6. For those a little more unsure about taking the plunge into another Far Cry, the newest instalment has a plethora of things it refines whilst also regressing in other areas.

Before all that, who is this game’s tyrant flavour of the month? We find ourselves in the fictional Caribbean island of Yara, ruled by dictator Antón Castillo. The player takes control of a soon-to-be Guerilla Dani Rojas. As is seemingly tradition now in Ubisoft titles, you can select the gender of your Dani before gameplay begins. As Dani, the player attempts to free Yara from Castillo’s reign, all whilst the Yara dictator is attempting to manipulate his son to lead a similar brutal regime. 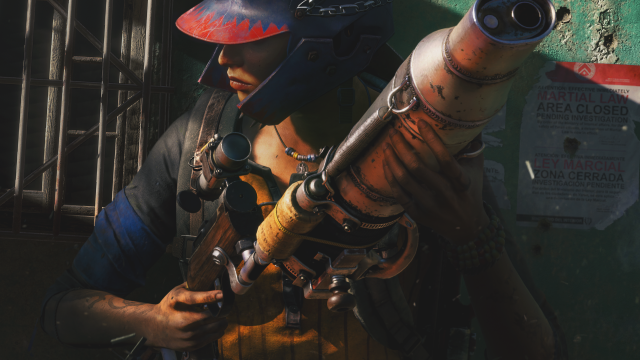 Brutal is a keyword because this game has relentless violence. From early game massacres, to prison cell tortures, Far Cry 6 pushes the violence levels to a new height for the franchise. Although the game offers up the usual colourful collection of protagonists, Antón Castillo is probably the series’ most complete villain. He comes with the violence you’d come to expect from the series, but no one has ever seemed so cold-blooded or calculated before this. There’s no cause, or reason Castillo uses to pull the wool over people's eyes. He simply demands control of Yara and expects that to continue through his bloodline.

Although you can still goof around in the game’s open-world, the opening did set a serious tone that was felt throughout the story and most characters. Of course, there are still some humorous characters to help keep things from getting too dark, but most of the essential tasks stay set on their goal. All of that is supported by some fantastic voice-acting throughout. Giancarlo Esposito is a stand out as Antón Castillo, expectedly, thanks to the series rich history with charismatic villains. A lot of the recurring characters all have great performances to them too. Usually, I found the performances outside of the Far Cry villain to be underwhelming, but the whole cast puts in a great performance here.

Those acting performances are helped with some great visual design too. Not just great looking characters aesthetically, but the way they’re animated. Emotion in characters' faces feels like a big upgrade from Far Cry 5, which really emphasises the often stoic look of El Presidente. Similar techniques are used for world design, too. Yara is a beautiful island, but it’s entwined with the morbid destruction caused by Castillo. It’s also something I missed about the series when playing through Far Cry 5. Although the American cult was a nice change of pace, the American south was a visually dull place. Yara is just a lot more vibrant than a hot, dusty US town can be. 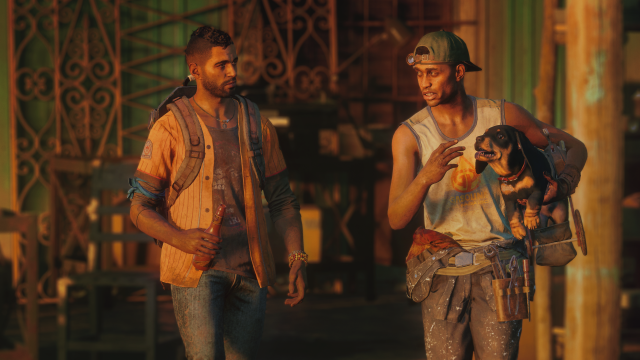 Travelling Yara is also helped by the inclusion of Amigos, little pet friends that keep Dani company throughout their journey. There’s an assortment of weird stuff here, from alligators and panthers all the way down to a sneaky sausage dog. Even if you find you don’t use them often, it’s nice to have company. Plus each Amigo comes with a different perk, so there’s one to suit every playstyle. Most work well but honestly, most people are going to pick Chorizo the Daschund, because why wouldn’t you?

Ultimately it all leads to arguably the most important aspect of Far Cry - how it plays. Which is really good. Getting into combat and getting the feel for the weapons is better than ever. There’s still a great variety of weapons, which help those various playstyles. As is a tradition at this point, pretty much all of Far Cry 6’s missions allow you to be loud or quiet. It’s what we’ve come to expect from the series, and it’s something that has been continually refined to improve on what’s before it. Sadly, for as fun as it can be, some new additions have really bogged it down. 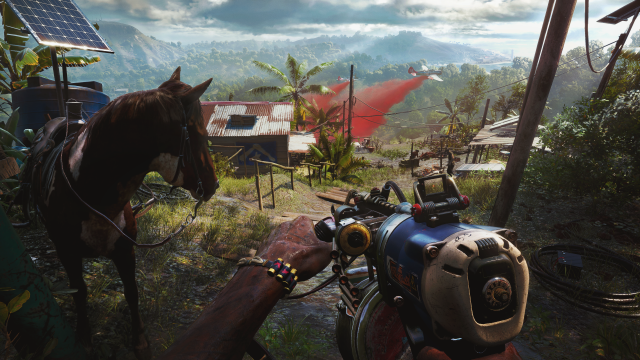 One thing returning from the previous game's expansion, Far Cry New Dawn, is health bars. I found them to be a nuisance that only really exists to help slow the player down. Enemies aren’t massively bullet-spongey, but it is frustrating watching a health bar only drop a third of the way after shooting someone in the head. That’s not how human’s work. Or at least I don’t think it is. The health bar balance didn’t feel right in New Dawn and it struggles to change my opinion in Far Cry 6.

Clogging up gunplay is a theme throughout the game. Another tedious extra is enemy weakness’. In each area you attack, you scout beforehand to discover the locations of enemies, alarms and all of the usual stuff. Now, you also get a bit of extra information, which tells you what ammo type the enemies are weak to. So before every fight, you have to access a workbench and ensure you’re using the right ammo, or else you’ll feel like you’re firing a pea shooter at the moon. It’s pointless, bloated and that remains an issue for not just Far Cry 6 but Ubisoft as a whole. 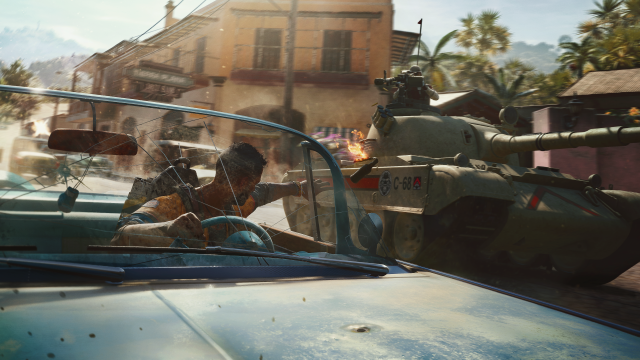 Crafting still feels tacked on, ruining the fluidity of just picking up weapons off the ground and changing on the fly. Yara is filled with the usual assortment of tick box tasks that add nothing of value. Charging through the story is a non-option because you ultimately reach the dreaded message about how the following area is too powerful for you. It’s frustrating because there’s a lot to love in Far Cry 6. When it’s allowed room to breathe, the characters, world and violence all make a fantastic cocktail of fun. Speaking of cocks, the game has cockfighting. Really have no idea why, but it’s a thing that Ubisoft thought would be good.

Far Cry 6 is the series strongest showing since we were told the definition of insanity, but it comes with its fault. Characters are great, with a truly despicable antagonist leading the way. Guns still feel good to play with, but it’s all become far too overstuffed with pointless additions. Artificially slowing down the fighting with health bars and weakness types takes away from the fun of Far Cry. Ubisoft have managed to add more content to a map that just looks like it wants to burst. For all that Far Cry 6 does well, it suffers just as much thanks to the desire to cram it full of boring side quests and adding mechanics that make it a chore to get to the fun stuff.

Far Cry 6 is two steps forward and a step back. The characters are brilliant, as is the work put into bringing them to life. Sadly, the game continues to be bogged down by more pointless content. The epitome of ‘less is more’.

agree with the score 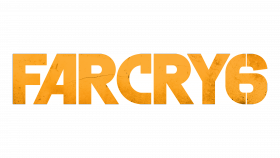