The Gal*Gun series is back and would you believe that it is celebrating its tenth anniversary? To mark this occasion, developer Inti Creates took the opportunity to remaster the original game in the series, which was only ever released in Japan, and give it some more love and polish. Fittingly named Gal*Gun Returns, this title features overhauled visuals, refined gameplay, full voice acting, and all the previously released DLC. Following on from the lukewarm Gal*Gun 2, I was keen to jump into this release and see if it could reignite the fire in my heart.

For those unfamiliar with the Gal*Gun series, it is best described as a Bishōjo (“pretty girl game”) on-rail shooter. This means that it is an arcade style game where you move from point-to-point automatically while the player aims and shoots whatever targets appear in front of them. In the case of Gal*Gun however, the targets are attractive anime girls and instead of bullets you're shooting pheromones. No, really. Stay with me here.

Before we continue it is worth calling out right away that Gal*Gun Returns is not going to be a game for everyone simply because of the content that is on display. While there is in no way anything that could be defined as “hardcore”, the game is full of suggestive content that will likely make some people uncomfortable. If moaning anime girls, panty shots, the odd tentacle, or a bit of lewdness is not your cup of tea then now would be the time to leave. 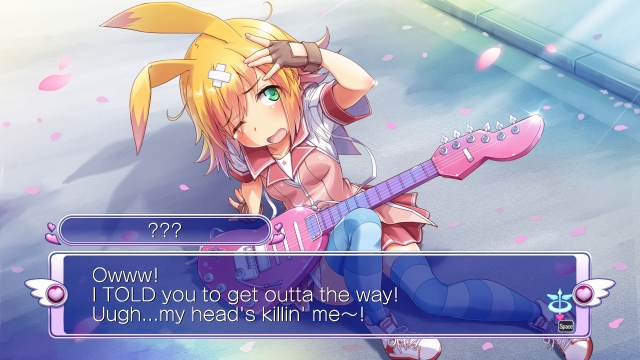 The setup for Gal*Gun Returns is that an apprentice cupid angel mistakenly fired not one, but 16 arrows at the protagonist - Tenzou Motesugi - which causes him to become “Way Too Freakin’ Popular” and results in all the female students within the school suddenly fall madly in love with him. While a horde of lovestruck girls chasing after you in order to make you their partner might not sound too bad for some, it is definitely a problem for Tenzou. To make matters worse, our protagonist is informed that if he does not find a girlfriend before the end of the day then he will be doomed to a life of loneliness. Not wanting to settle for just anyone, the player must pick from one of four main “true loves” and then try to win their heart by the end of the day while not getting taken out in the process. Literally.

How this ridiculous but enjoyable story plays out is that you will start a playthrough in Story Mode by picking one of the aforementioned “true loves”, and then battling through the school in order to win their affection. Each of these girls has their own route meaning the stages you will fight through are different, adding some variety to what will ultimately be multiple playthroughs. You will also have to complete “action events” as you progress through a route, which are character-specific mini-games or boss fights where your performance will factor into the ending you unlock. Each girl has two possible endings and with a number of factors playing into which one you’ll get, there is definitely a lot of replay value to be found in the Story Mode. 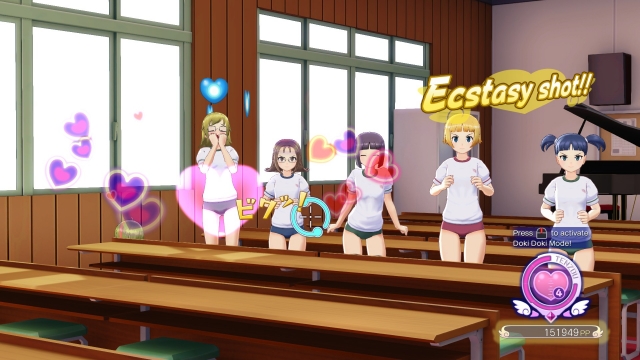 Being an on-rail shooter, Gal*Gun Returns’ core gameplay loop will see players aiming a reticle in order to shoot girls with “pheromone arrows” to make them reach euphoria, therefore, subduing them. While firing aimlessly at the onslaught of girls is a valid option, there is an incentive to be more precise with your aim, dubbed the “ecstasy shot”, which will subdue a girl immediately. These are not just headshots however, with each girl having a different weak spot on their body which the player must locate by moving the reticle over their body until a visual and audio prompt tells you that you have found the right spot. Landing these shots also rewards you with additional points, so it really does pay to be mindful of where you are aiming, more so if you want that highscore. It was surprisingly tricky to do this at first, even with a mouse, but after a short while you will be a master of these shots and have all the girls experience immediate euphoria.

As you land successful shots and progress through the school you will slowly fill up a heart gauge which, when full, will allow you to enter Doki Doki Mode. Activated by aiming at a girl and pressing the corresponding button, you will enter a more intimate stage where you are one-on-one with said girl. Your goal here is to fill the Doki Doki Gauge before time runs out and to do this, you need to scour her body by rotating and zooming in order to find sensitive spots to shoot. When the Doki Doki Gauge is full, you can trigger a “Doki Doki Bomb” that not only causes the target girl to have euphoria, but also any other girl currently on the screen at the point you entered Doki Doki Mode. This is useful for moments where you are overrun and maybe low on health and need to clear the screen for the sake of safety, and points. 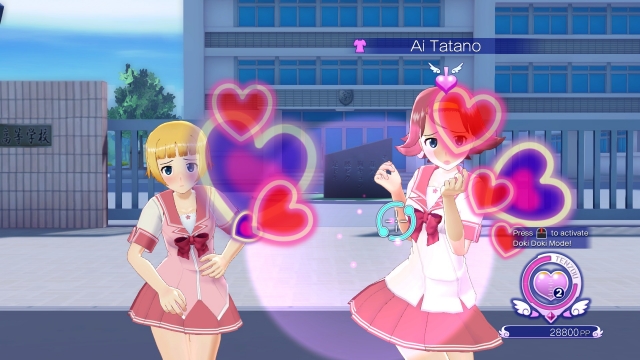 The Doki Doki Mode also takes centre stage in Doki Doki Carnival mode, which is unlocked after completing the Story Mode and acts as a sort of epilogue, albeit a bit more ridiculous than the main story. You won’t be doing any on-rail shooting here and instead will just be performing Doki Doki Mode. Elsewhere, you will find a Score Attack mode and as mentioned, the Story Mode has multiple stages and endings giving you plenty of reason to keep replaying. While the core gameplay might sound repetitive it's actually quite addictive, more so when you are trying to unlock that next ending or get a highscore. While single runs of the Story Mode can be completed in just under an hour, there are plenty more hours of fun to be found across all the modes. Not to mention the title includes a large collection of unlockables which give you another reason to keep playing.

Gal*Gun Returns is an arcade title to the core which is easy to learn but hard to master. Between making every shot count and timing when to use Doki Doki Mode, you’ll quickly lose yourself in the silly turn of events that are unfolding before you and focus in on that gameplay loop. Perhaps this is where the charm of the title really lies, in that once you have finished a couple of runs, the lewdness becomes almost like background noise. I mean this in a positive light, as it really shows just how well the title scratches that arcade on-rail shooter itch. You can easily lose yourself to this game for countless hours with ease and have a blast the whole way through.

I suppose the only real problem with Gal*Gun Returns, is that while the remaster is impressive with clearly a lot of love and attention having been put into it, there isn’t really anything new. What I mean by this is that while this is a remaster of the original entry in the series, nothing from later games has found its way into this release. That’s not necessarily a major blow to the experience, but it would have been nice to see some additional game modes or narrative features make their way into the title. Still, what is here is robust enough to make the price of entry worth it. Just make sure you play with your headphones in.

Gal*Gun Returns is a return to form for the series and a shining example of refined on-rail shooter, arcade action, albeit with a bit of lewdness thrown into the mix.