Having spent the summer of 2021 neglecting to tend to my own garden, I can see why maybe I wasn’t the best choice to take on the videogame Garden Story. Admittedly, I’m also not a grape, unlike the game's protagonist Concord. On the surface, it’s easy to see Garden Story as some kind of farming simulator, but it turns out that is very much not the case.

Our little grape friend Concord is a youngling in a community that is struggling to thrive. One day, when The Grove’s guardian decides to skip town, Concord is left in charge. Taking over the dying community and fighting back the horrific Rot that has been causing them such grief over the years. The Grove is split into four unique areas, all covering the different seasons that Concord must visit and help repair throughout the game's story. 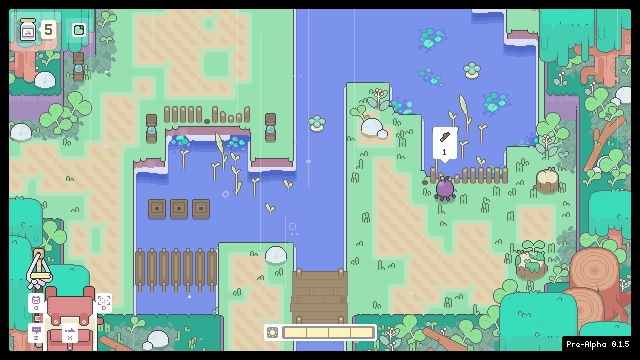 As I said at the beginning, Concord’s journey isn’t one about farming really. It’s easy to see why people would think that way, given the Stardew Valley vibes of the trailer, but this is much closer to an RPG than a farming sim. It’s a relatively deep one too. Concord can upgrade his weaponry used to fight back the rot, in addition to improving his skills with various perks. At first, I wasn’t a fan of the perk system, but I grew into it throughout the game. Completing certain landmarks unlocks a perk card from a previous Guardian who ruled The Grove. Each perk can be swapped in and out depending on the situation, so the player can always have the relevant buff.

Those buffs are a recurring system in the game. Outside of specific skills that can be unlocked, the player can also mix potions that manipulate the way little Concord can be played. Most will give you a small health bump, but you will usually get something extra on top. In addition, each Guardian has a gravesite that you can find, which will give you even more buffs to be used. You are limited by a number of slots, but the ability to change gives the player the chance to prepare for each trip around the world in a unique manner. 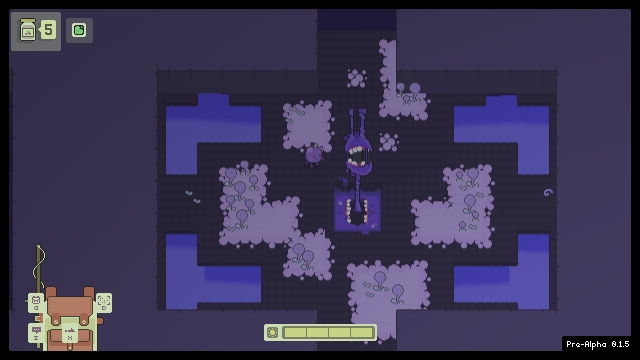 Questing is a daily occurrence, as Concord awakens every day to take some quests of the help wanted board outside his house. They’re all very simple stuff. Kill this, fix that, there’s not really a variety here to keep you engrossed in the long run, in my opinion. Each category of quests have their own experience bar, which unlocks new equipment for Concord to use. Ultimately, each town in The Grove ends with a dungeon that has to be beaten to resolve their problem.

These dungeons are filled with enemies and illogical puzzles. Combat in general feels a bit sluggish, so it’s a shame it takes so much focus, but the puzzles were simply frustrating. At first, I thought maybe I hadn’t taken it seriously enough because of the game's colourful atmosphere. Even when I tried to really figure them out, so many felt like videogame puzzles rather than something to actually think about. Once you get through the dungeon, each one has a unique boss. All the battles are fairly entertaining, with some tidy boss design too. 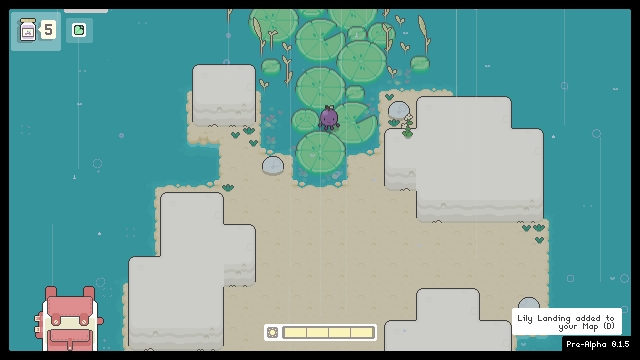 Garden Story’s biggest flaw is how tedious the simple things feel. I enjoyed those boss battles at the end of each of the game's dungeons, but that made up a fraction of my time in the game. Garden Story just has silly things that stop it from being enjoyable overall. Quests that are focused on collecting resources aren’t just repetitive, they’re frustrating because you have limited storage capacity that cannot be upgraded. For reasons I don’t understand, the game offers you backpacks, but they are cosmetic only. Sometimes you feel like you’re being toyed with. Collecting resources is unintuitive because you have to click a button to pick items up. One by one. There’s no auto-collect, no holding a button down to collect everything around you, you have to pick up each item individually. So much just felt backwards in the way it was designed.

Despite being so repetitive throughout the game the questing system is made an even bigger chore due to the lack of map or quest markers. So you end strolling around for ages until you eventually learn each area off the top of your head.

Those negatives don’t make Garden Story a bad game, however. At times, it’s easy to pick apart what it does wrong, but it’s not as easy to ignore that the game has a lot of charm to it too. Concord is a little grape, which is fantastic because everyone loves grapes. Even ignoring the cute fruit characters, the aesthetic of Garden Story is what kept me hooked. 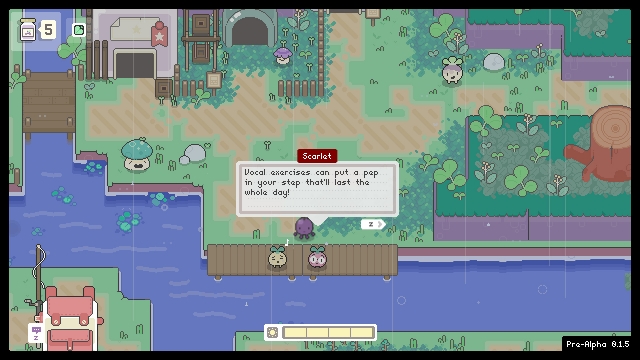 The Grove is a well designed world, with its four areas being distinct. Each of its seasonal areas are crafted in a way that really does the season it represents justice. Every day that passes by has you stumble upon something new which continues to allow the world you're in to thrive and feel fresh. Most importantly, the soundtrack is gorgeous. The reason I found myself able to power through those generic quests was because the music is so well done I couldn’t but play so I could continue to listen to it. Garden Story only ever really loses its chill atmosphere when you encounter the game's dungeon puzzles. Other than that, it’s the kind of game that let’s sit back and kick your feet up.

It’s hard to argue against Garden Story being a charming experience. From a creative stand-point, everything from the game's art to its music is excellent. That excellence is ultimately balanced out by repetitive quests and unintuitive game design. On paper, Garden Story should be your average indie-RPG experience, but the work that’s gone into the game's cute appeal pushes it to the next level.

At times frustrating, Garden Story is a fantastic example of how charm can help push a game to the next level, despite some frustrating design choices.