The future is a scary place, full of change and robots, and half-robot half-humans. One thing will always remain the same, though; conflict.There will always be some form of conflict, and death is a constant. In Gene Rain, you will head up a “Death Squad” gathered together in order to work toward ending all conflicts across the world. 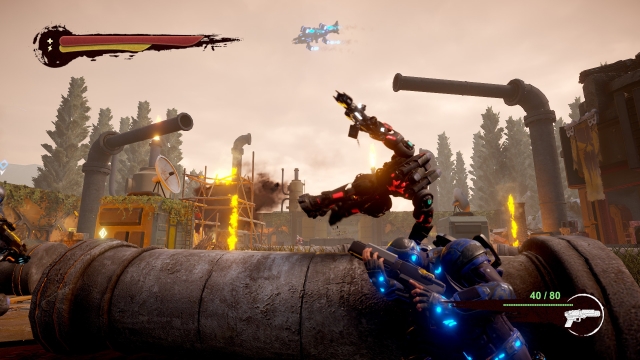 This title by Deeli Network appears to be the first outing of this Asian team using the Unity engine. Taking place in 2035, quantum technology is growing and developing at an amazing pace. Computers are thousands of times more powerful; technology is spreading fast. Sound familiar? Terminator’s Skynet always comes to mind for me in situations like this! Anyway, in the world of Gene Rain, there is a battle between man and technology, and one scientist wants to change the world. His goal is “to make everyone’s IQ equal”, according to the company website, “so that everyone can adapt to the rules of the new world”. This scientist has created “genetic spraying agents” and “wind towers” in hopes of improving the world, making it a better place. This causes an event called Gene Rain.

This is possibly the first time I’ve really had to read a game’s plot rather than picking it up during the gameplay. Once you press start, the game pulls you straight into what is apparently the beginning of the Gene Rain event. The opening level is short and very basic and reminded me a bit of the tutorial level of Army of Two. You don’t really know why you’re there or what you’re doing, but at least the controls are mostly intuitive compared to other similar titles. That is until you try to run. I don’t know about anyone else, but holding down the left stick to run is a little bit inconvenient. It’s not a good sign if a player instantly feels the need to redo the controls. 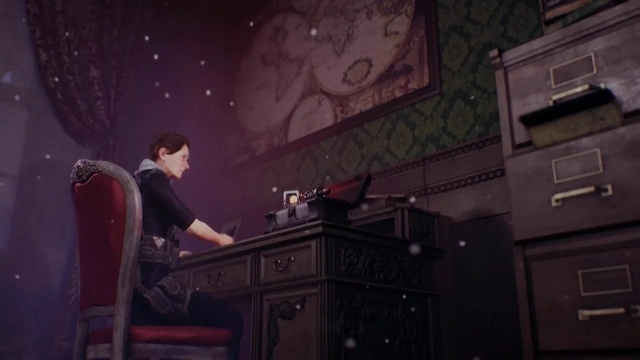 All in all, the game is definitely a proof of concept. It has its issues, but the story and the art are very interesting, the issues are largely with the mechanics of the game. The controls are sluggish and not entirely well meshed out. For example, when you approach a drop of ammo or weapons from a downed enemy, the game says “Press X” to collect, when it means hold X. This is an example of some of the issues with the game that can frustrate a player at first, like the running mentioned earlier. When you’re getting shot at, you don’t want to stand there and fight with sorting out how to pick up new weapons or ammo, though granted this issue could be fixed easily with changing the wording of things.

As a colour-blind game player, I find it absolutely wonderful when games have a colour-blind setting. This game is largely browns and grays, and with no colour-blind setting I had to watch more for movement to see where my enemies were. Yeah, sometimes I feel like T-Rex, hold still and I won’t getcha! Once I got into the gameplay, though, the title wasn’t terrible. It has some issues, but as a first outing, it definitely shows dedication. Even the English voice acting is clearly showing effort as I’m fairly sure they don’t speak English as a first language. The effort put into this game shows potential for these new devs. 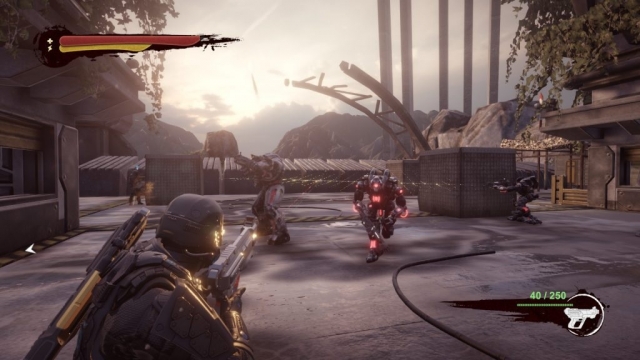 All in all, I’m curious about playing more of this title . Having read up on the premise, I’m interested how everything will play out. It isn’t the best made game, but to try and compete with AAA games simply using the Unity engine, it’s a good start. Hopefully Deeli Network will continue to make games and improve from here. I would recommend trying this game out if you’re interested. Gene Rain is currently available on PlayStation 4 and Xbox One, and will be available on Steam the 31st of August. Give it a try, it’s currently sitting at about £19.99, which isn’t a terrible price, though maybe a sale would be a good thing to keep an eye out for.

All in all not a bad game, especially for a first outing. A little rough around the edges, but still a game that's worth a try.

In all honesty, is still not a good game. There were definitely far worse games released this year, don't get me wrong (Ranch Planet for example) but it's still pretty bad, and it's all because they tried to chase the big ones. They could have at least started on something small. And I'm sorry, but a 3-4 hour game with a convoluted story, mediocre gameplay, terrible voice-acting and translation, questionally designed enviroments, and passable graphics doesn't not make the $25 worth it. With that, I can easily get myseld Gears of War or Uncharted at a cheaper price. Hell, even Umbrella Corps costs less than this. If they sold it at $10 or less, I would have given it a pass, but as it is? They were grown up enough to give a high price, they're grown up enough to get these middling reviews. Considering that this is a chinese game, I would rather buy Hidden Dragon Legend. It suffers the same peoblem as this game but at least in that game, there was more effort poured in.

I hear what you're saying, for sure. They did kind of pull an Icarus and fly a little too close to the sun with this one. Here's hoping we'll see them give it another go! Can't all be winners.