There a few things that are consistent across the God of War  series: Kratos is bald, gods die and there will be a gratuitous amount of violence at some point. All of those still stand in the latest God of War, but there's something very different about Santa Monica's latest dive into the universe.

The series’ hallmark use of Greek mythology is now gone as God of War follows Kratos as he moves into Norse folklore. It’s a clever decision that gives the series a breath of fresh air, whilst still retaining many of the core mechanics.

Set shortly after the death of his wife, Kratos and his son Atreus must take her ashes to the highest peak in Midgard. It's a narrative that takes a much more sombre and serious approach than seen in previous games, and it's one that makes Kratos more relatable than he has ever been. Outside of the journey to the highest peak, Kratos and Atreus meet a number of supporting characters who hinder or assist the pair on their travels. 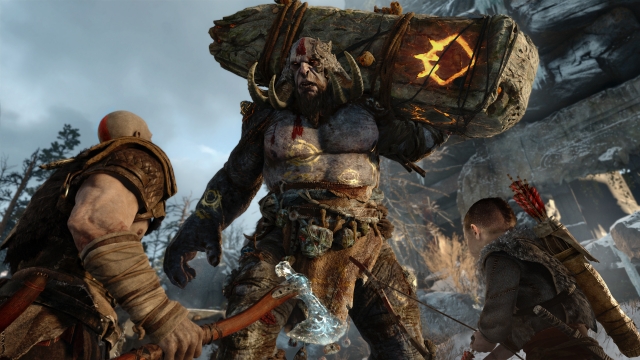 Before Atreus and Kratos prepare to leave on their journey to the highest peak, Kratos is attacked by a mysterious stranger with godlike powers. With Kratos keeping his status as a god hidden - which includes keeping it from his son - the motives of the stranger are unknown.

Each member of the supporting cast is incredibly well-written with believable motivations and deep emotional ranges. Whilst the game does primarily focus on the journey shared by Kratos and Atreus, many of the side-missions add depth to the supporting cast and highlights the tumultuous relationship between father and son.

Combat has recieved an overhaul, with a new ‘over the shoulder’ viewpoint changing the way battles are fought. In past titles Kratos battled large groups of enemies at a time, but the combat is much more personal with the new camera angle adding a much more visceral element to each fight. Kratos no longer mows down groups of enemies with ease, instead opting for much more personal battles with individuals and small groups of enemies. With the fights now taking place on a much smaller scale, the series’s hallmark cinematic battles with colossal enemies are now gone.

Whilst you won’t find the likes of Cronos from God of War 3 here, there are some great boss battles with enemies that do loom over both Kratos and Atreus. Thanks to the camera angle, Kratos looks more impressive than ever before. His small stature compared to multiple antagonists helps highlights his strength when engaged in a one-on-one battle.

The new Leviathan Axe also switches up combat with Kratos using the weapon to dismember and destroy those who come before him. The axe’s throw and recall ability adds another layer to combat, with Kratos using his fists whenever the axe is lodged elsewhere. Throwing and recalling the Leviathan Axe feels far more fun and responsive than it has any right being, especially considering it’s entirely possible to lodge it in enemies.

There’s also a stun system in the game that enables Kratos to unleash an instant kill. The stun meter can be filled using the Leviathan Axe, but it fills quicker when Kratos uses his fists, something that adds a risk and reward element to combat. In past titles, Kratos revelled in the violence. He belittled, battered and bashed his foes in excessive amounts, but Kratos is a different ‘man’ here. Everything from combat, through to how he chooses to communicate with his son is measured. We are no longer playing Kratos the god killer, we are Kratos the father and widow. It’s a decision that has made him more realistic than ever before, he’s no longer the protagonist you dislike, but one that you empathise with.

The relationship between Kratos and Atreus is exceptionally well-written. At the beginning of the journey, neither of them are close and the only thing they have in common is the link of their recently deceased mother and wife. Watching the relationship develop throughout their journey is a genuine joy, even if it does feel somewhat reminiscent of Naughty Dog’s The Last of Us.

God of War is undoubtedly one of the best examples of what this generation of consoles can do. The graphical tech is nothing short of staggering, and all of the different effects and technologies work together to create what is one of the most diverse, beautiful games ever created. Characters are emotive and well acted, environments are colourful and vibrant and it all runs incredibly well. I played the game on a release PS4 and only encountered the occasional stutter, which is incredibly impressive for how great the game looks. Some may be a little bit disappointed that the title runs at 30fps, but it’s stable and a worthwhile trade considering how good it looks. 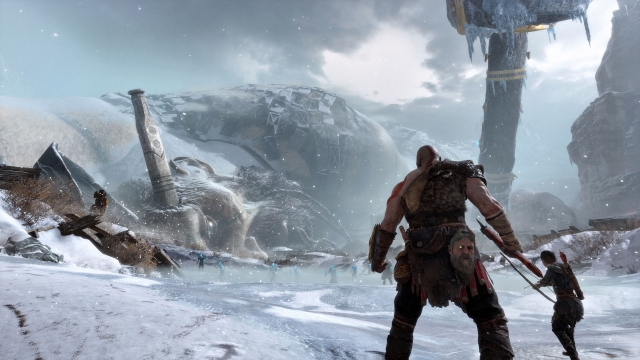 God of War is an exceptional game, but I do have one major gripe: enemy variety really falls short of what it could have been. Outside of a few unique enemies, Kratos and Atreus spend the journey fighting similar enemies that have only a few variations based on elements. Players must also fight several large ogres throughout the title and the only thing that distinguishes them apart from one another is whether they attack you with fire, ice or other another element. It’s a real shame as the ogre battles are incredibly fun to begin with, but they soon become repetitive.

God of War is a phenomenal title both in its technical and story-telling delivery. Santa Monica Studios has completely reinvigorated one of Sony’s biggest characters, bringing him into the new generation with a bang. Where most games excel in one single area, God of War manages to deliver on every front, providing players with one of the best experiences we’ve seen so far this generation.

Where most games excel in one single area, God of War manages to deliver on every front, providing players with one of the best experiences we’ve seen so far this generation.

God of War: Ragnarok - What Can We Expect From The Sequel?

Great review man. I really want to pick-up a PS4 game to play this. 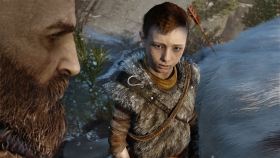