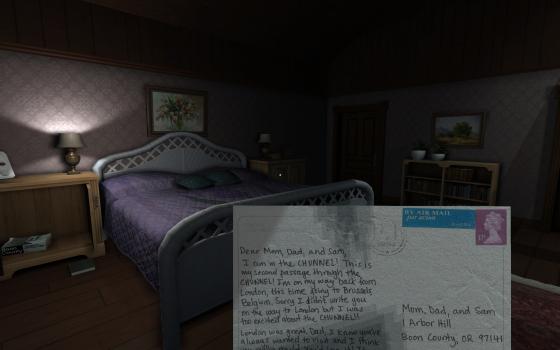 It's not often that a game comes along and redefines the way stories can be told in our beloved medium. Arguably the only storytelling innovations to come about in recent years are Bastion's dynamic narration and The Walking Dead's decision-heavy branching storyline. But this is exactly what has been achieved by The Fullbright Company with their debut title Gone Home.

Set during a stormy night in 1995, Gone Home sees you playing as Kaitlin Greenbriar, and after a year of backpacking through Europe you return to find your family home is empty. With a vague message from younger sister Sam and no sign of mum and dad, it's clear something is amiss. The rest of the game is spent exploring the eerie house in an attempt to figure out exactly what happened.

The main character in Gone Home isn't Kaitlin, nor 17-year-old Sam who is the focus of the narrative, the star of the show here is the house itself. As with any family home, every possession has a history; the cheap but charming trinket that got picked up on holiday, the story written by your sister in second grade, your high school athletics trophies. The Greenbriar family home is filled with countless details like these, and while they might seem insignificant on their own, when taken as a whole they provide a deeply personal insight into the lives of the people who live there. 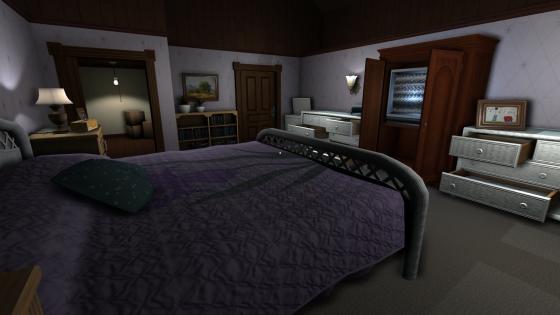 Environmental storytelling is a mechanic that has been used before in games such as Dead Space and BioShock (the team at The Fullbright Company previously worked on BioShock 2, and most closely on its DLC, 'Minerva's Den', which was arguably better than the base game) but the difference here is the way it's handled. Audio diaries and visual clues in past games have often come across as contrived (who has time to write "HELP" in their own blood?), and while Gone Home isn't completely perfect in making every detail feel natural, it's far better than what we've seen before.

That's not to say that the characters in Gone Home aren't just as fully-formed as the setting. You'll find notes and letters that help you to understand the family's personalities and relationships, all of which are extremely well-written. I won't spoil any details, but as the story develops it begins to take on some mature themes that are rarely discussed in games, and the material is handled incredibly well. By the end of the game I felt more connected to the characters than I have in any titles in recent memory, without the use of more traditional storytelling mechanics.

The Fullbright Company's previous work on the BioShock series really shines through in the game's atmosphere. In the same way that Rapture's creepy soundscape instilled a sense of dread into the player, Gone Home's ambient sound effects evoke a similar feeling to hearing unexplained noises in your own home at night. This, combined with the sound of raindrops hammering against the house walls and an excellent soundtrack by Chris Remo, results in a truly memorable setting. 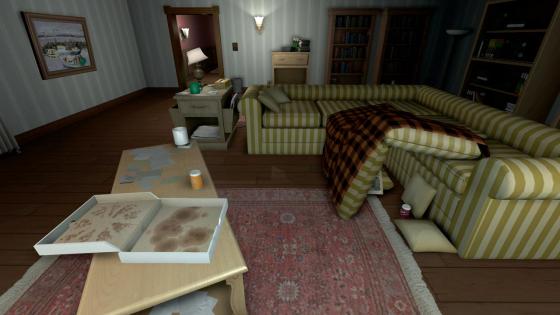 From a gameplay perspective, Gone Home is pretty basic. There are no annoying puzzles to complete, enemies to headshot, or other pitfalls that could distract from the story. Your only goal is to rummage through every drawer and examine every object. Once you pick up an object it can be rotated to fully inspect it from every angle, similarly to systems seen in L.A. Noire and Amnesia: The Dark Descent. Doing so reveals just how detailed the in-game items are; The Fullbright Company have created countless household items (complete with their own fake brands), all of which are presented with high-resolution textures to allow you pick up on every little detail.

As well as the fake brands the developers have included, there are many references to 90's pop culture such as a cinema ticket to see Pulp Fiction, VHS recordings of The X-Files and music magazines that feature Nirvana on the cover. These details help instill a sense of nostalgia which, combined with the eerie mood of the house, creates a strange feeling of unease.

Gone Home isn't a long game; the time taken to complete it is comparable to that of the average movie, even if you inspect the house thoroughly - and like most films, Gone Home's narrative is most enjoyable the first time round. But in the same way as the best flicks that you can rewatch time after time, I see myself returning to the Greenbriar household in the future.

Gone Home isn't a long game; the time taken to complete it is comparable to that of the average movie, even if you inspect the house thoroughly - and like most films, Gone Home's narrative is most enjoyable the first time round. But in the same way as the best flicks that you can rewatch time after time, I see myself returning to the Greenbriar household in the future.

So I Tried… Gone Home

I read an article about this a few months back and then completely forgot about it. I remember it sounding really interesting though. Probably going to pick it up after reading this. 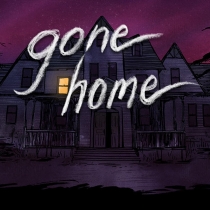