It’s no secret that the Grid series has had quite a tumultuous on-again, off-again relationship with being an arcade racer. Early iterations of the series leant heavily on this aspect and it became an undisputed king of the genre for a while, but, as time rolled on and the laps rolled in, the series started attempting to take a more serious stance with the likes of Autosport, trying to move towards simulation; however, it didn’t feel quite in the spirit of the Grid series. 2019’s GRID started the move back towards it, and now GRID Legends is setting out to regain its place on that throne. 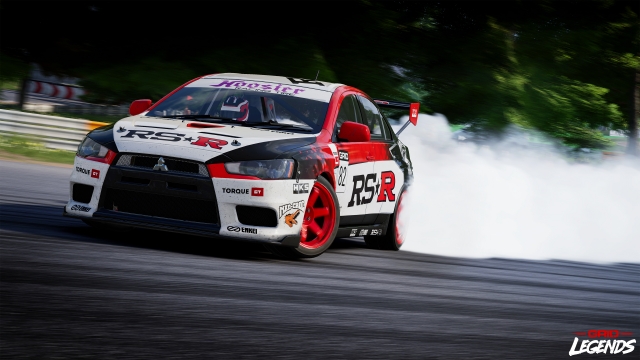 Getting into the story mode; it’s clear to see that Codemasters have doubled down on their storytelling aspect of the game given it’s something we haven’t seen in a Grid title for quite some time now. Utilising the same technology that makes the environments in Disney’s The Mandalorian possible, actors are cleverly placed into virtual backgrounds in a way that allows for the actors to do their part without having to move around different sets for the sake of filming. In the midst of a global pandemic this allows for a much greater freedom of how, when, and where the actors are than may have been viably possible at the time. Putting a face and a voice to the series’ long term antagonist, Nathan McKane, adds a whole new dimension of vitriol that the player can feel towards the character, with their off-track persona gelling oh-so-well with their aggressiveness and general annoyance factor on it. And you will want to punch him in his smug face, which is actually high praise to the actor playing his part. For that though, the story plays out over 36 chapters with a 3–4 minute cutscene for almost each of those, which does the duty of explaining the players position within the GRID World Series and how it unfolds. It was refreshing to have a reason outside of a spreadsheet of events to tick off to get stuck into GRID Legends, and an enjoyable one at that. 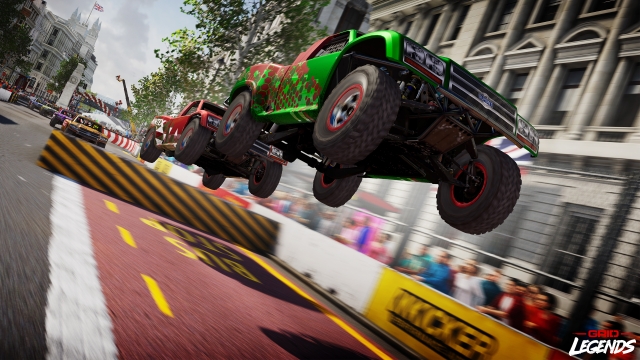 Moving on from the story mode, there is “Career Mode” that is more like the aforementioned checklist of events, but this time you’re taking a team you own through the events, upgrading various aspects such as how your teammate performs out on track, the team of mechanics that have to fix your inevitably dented body panels, and last but not least, upgrading the different cars you’ll be racing with. It’s less nuanced than the story, but serves well enough for some additional progress after the story has been concluded. This is where you’ll do the majority of unlocking and progressing through the somewhat extensive car list. 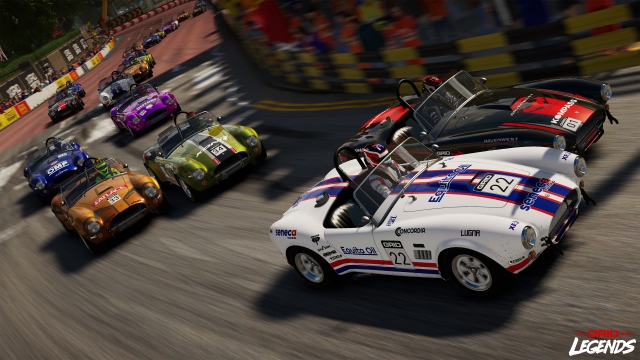 GRID Legends' multiplayer aspect is an absolute hoot, mostly because of the fact they’re fully embracing the arcade aspect of the title this time around but also because of the fact that crossplay actually means crossplay. Whilst some of Codemasters’ previous titles supported it, it was only for public games which meant getting into a lobby with your friends was purely chance based if they happened to play on a different platform/service. You couldn’t make private lobbies between those on the same platform in Codemasters’ previous title DIRT 5 if one player was using the Steam version and another the Xbox store variant. However, what seems like one of the better aspects coming out of the EA acquisition is that you can use your EA account to join your friends — regardless of where or what they’re using to play GRID Legends. And that means multiplayer should gain some longevity if people haven’t to worry about where they’re playing. 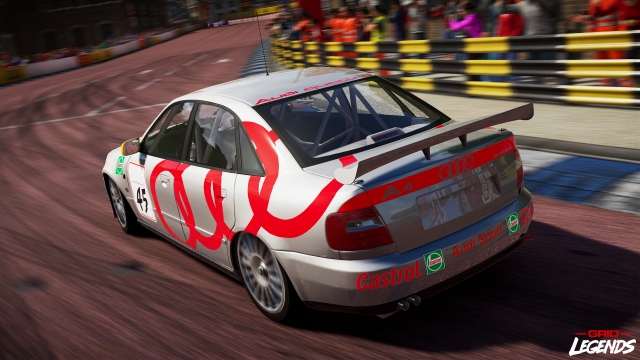 Going back to the content on offer, namely the car and track lists, players of earlier titles in the Grid series will find a lot of familiarity on show with fictional layouts from earlier titles making their reappearance along with a handful of new locales for this entry. Whilst it could be argued that it makes the game feel a bit “rehashed” from the previous entries, it also speaks to the fact that real world racing series tend to return to the same tracks and locations, deals are made and calendars set well in advance of a championship taking place, so perhaps that repetition can be warranted under that guise. The car list also speaks of old and new alike, with vehicles that Codemasters likely already had the models for, such as the Volvo 850 and Renault Laguna Touring Car (hearkening back to the days when this series was known as TOCA Race Driver), but with an added dash of new vehicles for GRID Legends like the Aston Vulcan AMR Pro and the Tushek TS 900 Racer Pro — a suitable mix of familiarity with some new toys thrown in. Finally, there’s Race Creator, where you can throw together just about any combination of track, weather, cars, and modifiers to create some really unique combinations — it’s not only the Stadium Super Trucks that get to have fun with the ramps any more, or the Formula-E like Beltram Icon Mk3 that is allowed to play with boost gates. Mix and match any of these aspects and then take those into a multiplayer lobby for some absolute shenanigans between you and a few friends.

As mentioned, GRID Legends isn’t shying away from the fact that it’s an arcade racer this time around, in fact, very much the opposite — it’s proud of that fact and is happy to wear it on its sleeve. In turn, this means that the handling model isn’t going to frustrate players looking to have a fun racing experience. And that’s exactly what Legends looks to be setting at the forefront of the title — fun. The above opinions were formed whilst playing the game on what could be considered a more suitable rig for sim racing (Fanatec DD1 wheelbase setup on a GT Omega PRIME cockpit). Usually, when looking at how a racing game performs on a setup like this, you’d be concerned about how the force feedback is and how dialled in the steering is, but here in GRID Legends all of that concern was replaced with one single question; “Is it fun using a wheel?” — I can safely answer yes to that and to the game as a whole. At times it felt like I was sat as a version of me 10 years younger, playing the original Grid arcade machines. When things were much simpler.

A return to arcade, a return to the docks, a return to drifting, and a return to putting fun above all else. This is what Grid should be about, enough fun to be had with the story and career modes, but an absolute hoon with a couple of mates in multiplayer.

Could not agree more with this review.  Thoughtful, honest and to the point.  GRID is a game all about fun and fun we're having, lots of fun.  OMG the fun! :)