Traditionally Vikings have the reputation of being strong warriors that love to battle and drink. The people at Perfectly Paranormal have created a character in Helheim Hassle who doesn’t meet this stereotype. Meet Bjorn Hammerparty, a young Viking who doesn’t want to have anything to do with fighting or pillaging. He thinks it is stupid and a waste of time. It doesn’t help that all the Vikings around him seem to have a deathwish: they want to be killed in battle so they can go to Valhalla. Even Bjorn’s own mother wants to get her throat slit by a giant. When the village is under attack by giants Bjorn has no interest in joining the other Vikings in the battle. So instead he decides to sneak off to his special hiding spot hoping no one sees him retreating. This special hideout involves crossing a sketchy bridge to get to it. Bjorn very carefully starts to cross but in the end the bridge collapses and Bjorn falls right onto a bear, killing both of them. Bjorn’s spirit realises that he has died, but figures he did pretty good lasting to the ripe old age of 14. Looking at his lifeless body he sees that all of his limbs have been ripped off, so he decides to be nice to the person who will find the body and retrieves all of the limbs and reattaches them. How exactly he does this is not explained, but by some crazy magic they are all attached on. Fast forward a few centuries and we see a skeleton delivery man named Pesto who finds a skeleton and decides to bring it to life to help him read the old Viking language on the door to Helheim. Lo and behold the skeleton belongs to Bjorn and his soul is brought back from Valhalla. Only catch is now his head and limbs are not permanently stuck to his body. This seems like it would be a bad thing but being able to switch between the body parts will help you get through the numerous puzzles as part of Bjorn’s deal with Pesto. Solve the puzzles and get Pesto to Helheim and Bjorn gets to stay there. This is the beginning of a crazy and funny journey. The sense of humour in the game is great and will definitely have you laughing. Helheim Hassle is a platforming game with a huge variety of puzzles that require you to use your head and limbs, or both combined in a lot of different ways. To get through all of the different regions on the map, you will have to experiment with what can be accomplished with each limb. If you take Bjorn’s head off his body it’s lighter so he can jump higher, but a leg by itself can go even higher (though it won’t be able to hit switches like an arm can). In one spot you have to get a dragon to eat your one arm so you can attack him from the inside. Some of the puzzles might seem a bit tricky but it’s pretty funny to try all these crazy combos as Pesto makes silly comments about your attempts. As expected the puzzles get more challenging and difficult the closer you get to Helheim but there is a good variety so you won’t feel like you are solving every puzzle the exact same way. The journey also contains references to other indie games like Limbo and Minecraft, which is unexpected and neat to see. 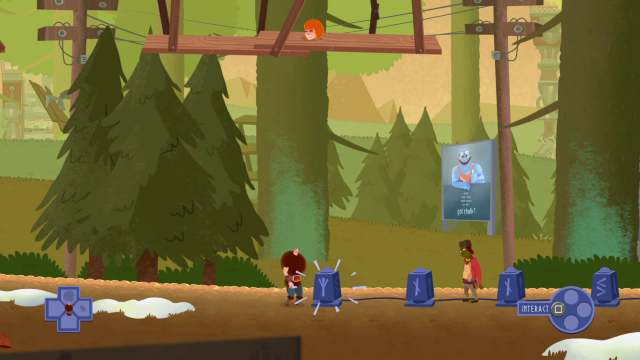 The artwork in the game has a nice hand-drawn look to it, and never looks gory or gross like you may expect when you are dealing with severed limbs and heads. It’s very cartoony, lighthearted and fits the humour of the game very well. Helheim Hassle features great sounding voice-over dialogue that really fits with the look of the wacky characters you will come across. It’s always entertaining when Pesto breaks the fourth wall or horrible mispronounces everything. 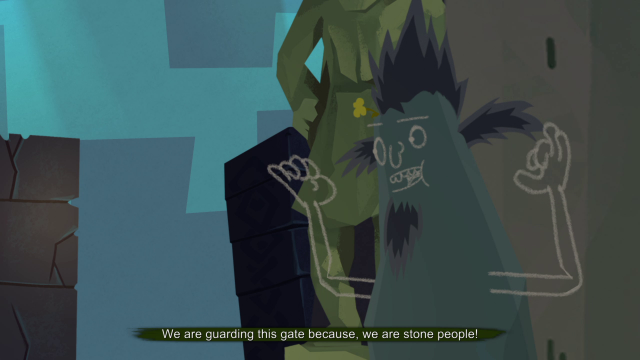 The controls in Helheim Hassle are quite good, at least as long as your body has all of its limbs. It can get a bit finicky when you are dealing with controlling the limbs on their own. At first you can only detach Bjorn’s head from his body, but as you go along you will unlock the ability to detach all the other limbs. Trying to switch between all the limbs with the D-pad can get a bit tricky especially when they are placed close together, or if you are like me and are trying to rush and not be patient. The game is still totally playable despite this, just realise that you may feel a little frustrated at times when you are trying to select what you want. 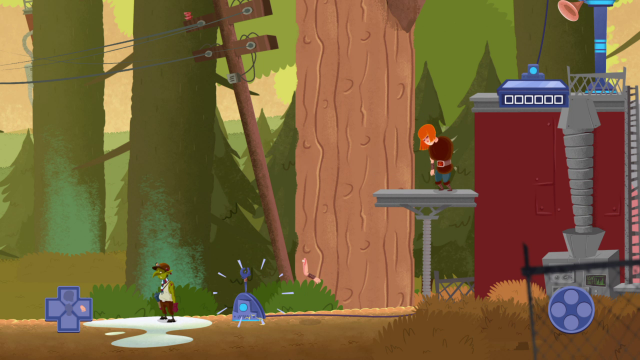 Helheim Hassle is definitely worth checking out if you like puzzle platformers with a great sense of humour, especially if you like seeing your not so typical Viking. There are multiple side quests and challenges to do besides the main story that will keep you busy for a long time. When you are near the end you will get a warning that you can’t go back after this point, but once you complete the game you will be able to access anything on the map. Helheim Hassle is definitely a unique game, it’s not very often you get to experience picking up and shooting your head like a basketball to get up to hard to reach areas!

Helheim Hassle is a fun and quirky puzzle platforming game where you get to control your limbs and head separate from your body. With a beautiful hand drawn look, Vikings and a great sense of humour this game is a lot of fun and full of extra content to keep you busy for a long time.