Having played House Party for an obscene amount of time and enjoying it far more than I anticipated, I was admittedly — and most importantly, surprisingly — excited for House Party - Doja Cat Expansion Pack (henceforth, "Doja Cat Expansion" for the sake of brevity). This was in no amount due to personal love for Doja Cat (up until this expansion, I didn't even know who she was), but rather because of the sheer trust I have for Eek! Games and their game. After having played and finished the remainder of the title, was my faith misplaced?

You can begin playing the content for Doja Cat Expansion immediately after you start the game; after walking out into the backyard, your character will note a strange noise from the fence. Quick investigation (or, in my case, running around the entire backyard whilst hugging the fence because I'm blind, apparently), you'll meet Doja Cat through a little hole. She informs you that she's been trying to sneak into the party because her rude neighbour (the notorious Madison) refused to invite her, and she asks you to find out why. This quick introduction to Doja Cat and her character warmed me to the award-winning rapper, as her character comes off as silly and quirky, and fits surprisingly well with the rest of the cast. 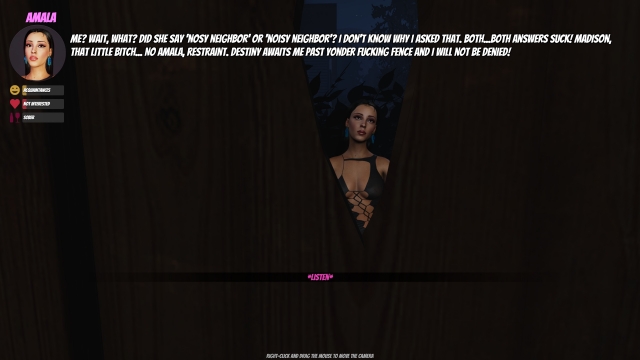 One of my most significant worries going into Doja Cat Expansion was that the character was not only not going to fit but that Doja Cat herself would do a shoddy job at best at voicing her character. Once again, this worry was nullified during this first encounter, as her voice and acting were great; her silliness and quirkiness swiftly won me over before she'd even joined the party.

Once Doja Cat has infiltrated Madison's house, your quest is to find a mysterious dancer whom she admires for their moves — Dinolicious. The opportunities update, telling you to search for hints of this Dinolicious character to help her identify them. This is the first and only major hurdle I encountered with Doja Cat Expansion: finding the proof. 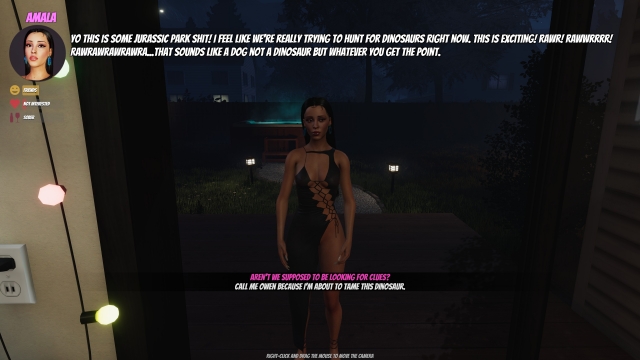 Now, I'm no noob when it comes to House Party; having reviewed the title, had sex with every character (in numerous ways), and played for 50 hours, I'd say I'm pretty adept at the game, so passing the added content was relatively easy (aside from a minor mishap). Realistically, Doja Cat Expansion is relatively short if you already know your way around Madison's home, but even then — due to an error on my end — it was still a pleasant amount of extra content. Although not a lot of the characters seem to react extensively to Doja Cat, you do get a couple of new lines for the original cast, which was a welcome addition. 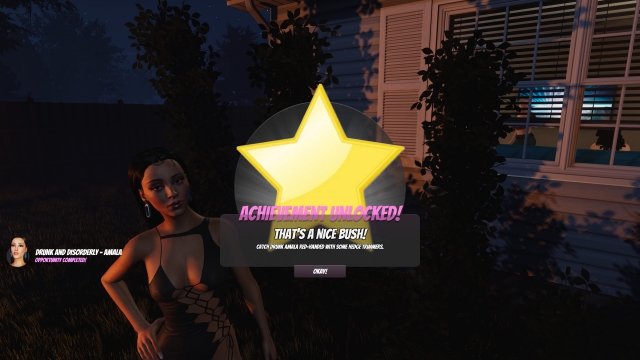 Yes and no. Although the expansion was definitely enjoyable, Doja Cat's character was hilarious, and the quests were overall fun and definitely a new direction for House Party, I wouldn't say this DLC is for everyone. If you've played the game, finished it, enjoyed it, and want more, Doja Cat Expansion is definitely a no-brainer; it's just more House Party, which is always a plus. But, if you're a newcomer to the title wondering if you should pick up Doja Cat Expansion for your first playthrough, I'd say skip it for now; House Party is a full game without her, and this DLC feels more like "endgame" content.

Overall, House Party - Doja Cat Expansion Pack is surprisingly enjoyable, even if you don't know who Doja Cat even is. Her character is funny, she fits right into the house party, and her quests are a welcome advancement for the title. That said, if you're new to House Party, skip it until you've finished and feel satisfied with the original content first.

More House Party is never a bad thing, and this is certainly true with House Party - Doja Cat Expansion Pack, though perhaps skip it and finish playing the main stories first before jumping into this one.

Which Characters are the "Easiest" in House Party?

House Party — Main Differences Between Male and Female Playthroughs & Which One Should You Start With?