I Expect You To Die 2: The Spy and the Liar Review

If you’ve ever wanted to be a spy working for a secret organisation to protect the world from evil, then you’ll be aware of the quote from the movie Goldfinger: “No, Mr Bond, I expect you to die!” If you’ve never heard of that quote which has been paraphrased in popular media for decades, then I can’t help you. But that’s beside the point - which is that the title of the first game and this sequel tell you immediately what to expect.

Both are seated VR games, which see you trying to solve puzzles using only what is in reach. Luckily, that’s quite a distance since you have telekinesis. The puzzles in the original ranged from “how to avoid being stabbed” to “which combination of chemicals neutralises the nuke”.

In I Expect You To Die, you played a secret agent through multiple missions trying to put an end to Dr Zor’s evil plans, culminating in you successfully destroying his orbiting death ray - from inside. I Expect You To Die 2: The Spy and the Liar picks up some time after, with the world believing that you died. Your organisation knows that you’re alive, however, and sends you up against Dr Zor’s newest plot - once you can work out what it is. 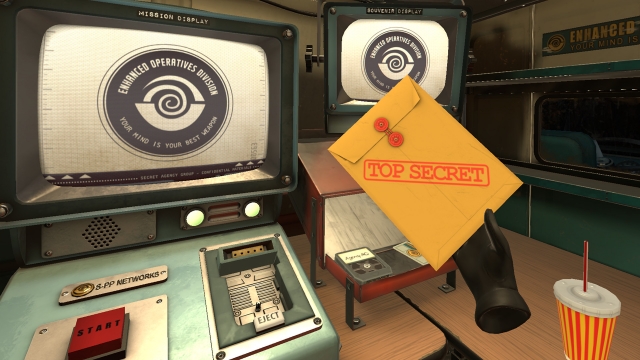 The first mission sends you backstage of a play that is being put on by the greatest actor of the time (which is vaguely pre-90s): John Juniper. To ensure things go smoothly you have to man the lights, raise the curtain, avoid being shot by crossbow bolts… You know, all the stuff needed to keep your cover secure and not trigger any traps before you’re prepared. Juniper is voiced by Wil Wheaton, so if you don’t like him prepare yourself, as Juniper is constantly stroking his own ego in multiple missions. I do quite enjoy him, though, so it was a treat.

A big part of The Spy and the Liar, much like the first game, is dying. The solutions for every puzzle aren’t always quite as straightforward as they might appear, so you’re always in danger of setting off the poison gas, getting shot, or accidentally stabbing yourself with an icepick. Not everything you pick up is going to be of use, either, so you might be trying to work out how to use a box of bandages to overload a laser grid, when they’re just set dressing.

Of course, some things you’ll want to try even though you know it will kill you. There’s clearly a scorpion in the sandwich? Might as well see what happens! That’s where The Spy and the Liar shines - its humour. The writing is brilliant, and a big part of why I like it and the previous game. It manages to perfectly satirise the spy fiction genre, while being a perfectly good spy story - kinda like the movie Spy Hard. 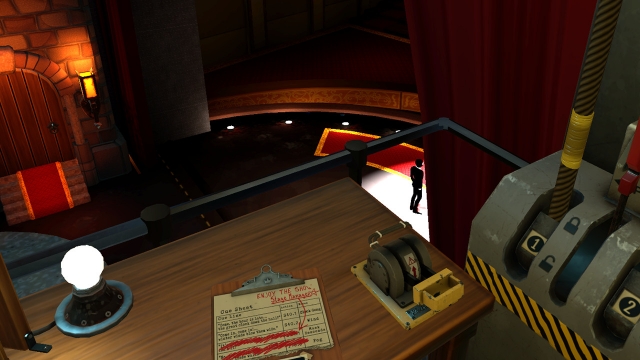 Aiding the script are the great performances by all of the actors involved. You’d rightly worry that if the point of the game is to die, won’t you get tired of the same lines over and over again? No, because there are multiple lines for the same sequences! At least some of them, anyway. And if you do things before you’re supposed to, you’re treated to entirely different lines.

The music is well made and really adds to the atmosphere. Unfortunately, unlike the voice acting, it can get a bit annoying when you’re stuck on a puzzle. You can’t even turn it off in most levels. However, if you really enjoyed a particular tune, you can listen to it on the radio in between missions.

As I’ve pointed out, The Spy and the Liar is meant to be played over and over. Mainly because you’ll keep dying, but there are also achievements gained by doing things a certain way, such as wearing - or not wearing - something you found. There’s also a speedrun time to beat, for another achievement. Also bragging rights, I assume. The closest I’ve gotten was still 10 seconds too slow… 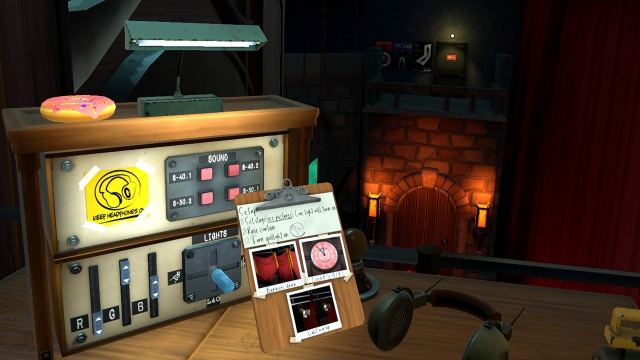 One complaint I have about this compared to the original, is that every mission has some time-critical portion - or multiple. It can get rather stressful trying to think up a solution when you’re on a timer, and in the original game there were only a couple of them. Since The Spy and the Liar will take you a few hours to complete (depending on how well you do), it’s probably best to do it in a few sittings. If you want all of the achievements and speedruns, however, it’s definitely going to take you longer - though do let me know if you finish everything really quickly.

I Expect You To Die 2: The Spy and the Liar is a great game, and I’m really looking forward to some post-launch episodes, like the previous game had. I enjoy spending time in this world, and finding new solutions is always a good reason to return to it.

I Expect You To Die 2: The Spy and the Liar (Reviewed on Oculus Quest)

There are few seated VR games that I would recommend more than this, with great acting, a fun script and brain-teasing puzzles. Live the life of a super spy - who never moves from one spot - you’ll either have a blast, or get blasted.

I Expect You To Die 2 Announcement Trailer

I Expect You To Die 2: The Spy and the Liar