A few months ago, Klei Entertainment released Invisible Inc., the result of combining mind-boggling XCOM-like turn-based mechanics, and the jittery feeling of sneaking past guards of Mark of the Ninja. I played it, I reviewed it, and I loved it — albeit its disengaging characters and lack of sense of progression. It juggles with the discrepancy between the need to invest in your characters throughout the campaign, and the futility of such investment, as they can die at any moment and force you restart the campaign from zero. No moves can be undone within a turn, and repeating a turn comes at a high cost. This is why the game is better relished in low difficulties, where one wrong move in the later levels doesn’t entail the loss of many hours of progress. It isn’t only a game where the mechanics were the focus, but also its story, which meant that its roguelike design may not be the friendliest approach — as a side note, maybe a look at Zombi’s attitude towards permadeath would be appropriate here, which merges the orthodox approach to narrative with concepts seen in roguelikes.

But the past is the past, and now Klei intends to pump some life into their game, and they’re doing so by turning everything up to eleven. Contingency Plan brings about more agents, more enemies, more gadgets, weapons, alarm levels, longer campaign, side missions… It is difficult to not see this as a desperate strife to enhance the game’s lifespan, and one that doesn’t succeed in all aspects. This move comes from the same developers that just announced their second expansion for Don’t Starve; one that, much like the first one did, is expected to give new twists and turns to the game’s universe and mechanics. Not only that, but they went through the hassle of forging a multiplayer version of that game, dubbed Don’t Starve Together. 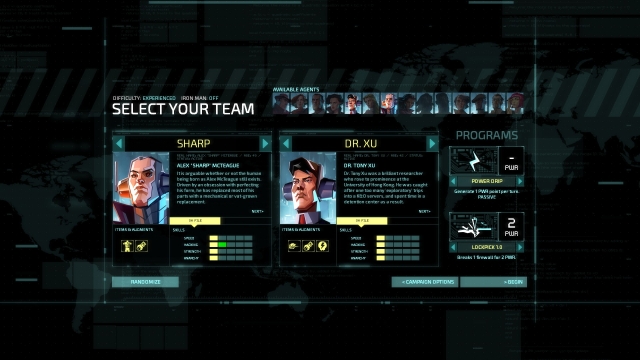 We can recognise that their reputation precedes them, and unfortunately, Contingency Plan doesn’t meet the expectations. Unquestionably, a game based around gathering and crafting like Don’t Starve can be more versatile when it comes to creating new content, but this doesn’t hold up as an excuse for such a categorically shallow DLC. Let me be clear about this: the new content lets me have my druthers in the same way I can add both Oreo and Kit Kat to my XL fro-yo for 50p more. It is not a caramel-flavoured yogurt, or a new set of Japanese sweets to add; it’s the ‘same-o, same-o’ we had before, over-cluttered with choices that become more and more pointless the more you take them in.

One aspect I discussed in my review is the strange mix between permadeath and a narrative-driven game — the story is shite, yes, but there is some story —, and ironically, it is the one that suffers the most from Contingency Plan. It doubles up the length of the campaign up to 8 or 9 hours, increasing the difficulty of the missions accordingly. This transforms a rather demanding campaign to an extenuatingly laborious and utopian one. If the hardest difficulties were only achievable by those very dedicated players, now it’s become downright impossible for the common folk, as there are twice as many occasions to mess it up. What’s more, if you’re as bad as me, you’ll opt for the lowest difficulty, in which your agents are extremely overpowered and resourceful two thirds into the story. The last 3 hours of game are a repetitive chain of levels that widen the gap more and more between you and the enemy, and thus reducing the challenge. 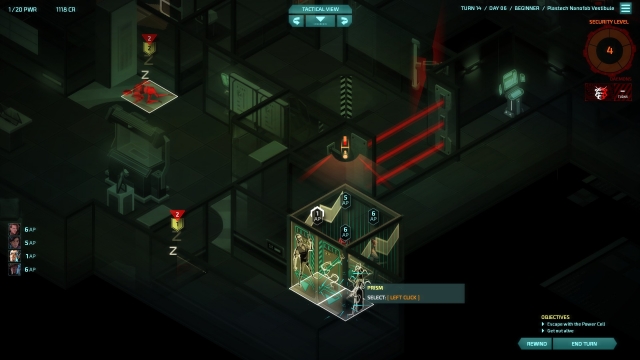 It seems to me that the main problem for this discrepancy in difficulties is the possibility of redoing a level, only available in the lowest. If an agent dies during a level, the game’s difficulty ramps up, whereas if you can redo the level, the agent will more likely make it out alive and with juicier upgrades. Adding more and more content just accentuates these differences. All in all, Contingency Plan doesn’t fix any issues or break the game; rather, it seems to be more catered to those proficient at it, and that can take that leap of difficulty and crave a bigger and longer challenge. More content is always appreciated, but to me, it became a bit superfluous and ‘too much’. However, I can acknowledge that it can either improve or worsen the game, depending on which end of the ‘Type of Player’ scale you stand. Personally, I just don’t have the patience.

Contingency Plan doesn’t fix any issues or break the game; rather, it seems to be more catered to those proficient at it, and that can take that leap of difficulty and crave a bigger and longer challenge. More content is always appreciated, but here it becomes superfluous, as it adds no interesting twist to the gameplay..