Kao the Kangaroo reminded me why I fell in love with 3D platformers back on the original PlayStation. While I missed the Dreamcast exclusive original, it surprised me how familiar this reboot of the 22-year-old series felt. It’s a lot of fun, colourful, and undoubtedly nostalgic; just don’t expect Super Mario Galaxy 2 levels of challenge.

Stories of heroes rescuing loved ones against the odds is nothing new in this genre, so suffice it to say that Kao isn’t breaking new ground here. The dialogue could’ve been more robust, too; this game has good humour, but outdated pop-culture references sometimes weaken it. Kao’s mother referencing “taking an arrow to the knee” is hardly topical, and the younger crowd the game is aimed at probably won’t recognise it. Still, a pleasant cast joins our young hero like his wise teacher, Walt, whose more grounded nature keeps scenes entertaining by acting as a practical straight man for Kao.

Without wildly varied environments, this wouldn’t be much of a mascot platformer, and Kao packs four visually appealing worlds. Between the uncomfortably warm Lava Caves hiding within the sunny Hopalloo Island, Hungry Jungle’s tropical sights, and the (hopefully) self-explanatory Frozen Mountains, they’re fun to explore even if they fall into the usual tropes. Each location serves as a hub filled with collectibles, though runes are the only batch you need to concern yourself with since they unlock new levels. 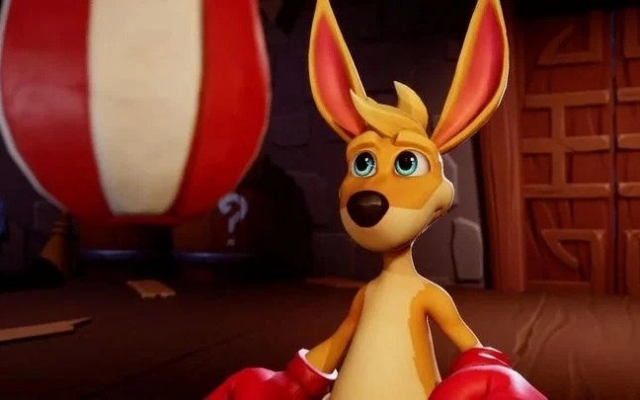 Once you begin exploring, Kao quickly finds his father’s old boxing gloves, which absurdly happen to be home to the strange and sassy entity who provides him with supernatural abilities. Alongside your standard jabs and combo strikes, Kao can build up to powerful finishers by hitting several enemies. These gloves also store up to three elemental charges before unlocking ice and electricity later. They provide some nice visual flair to his finishers and, more importantly, help him clear platforming obstacles like spider webs or freeze water to create a bridge. Aside from these, Kao’s dodge-roll also attacks enemies, making it a blessing for a defensive strategy. It is an understandable trade-off that these don’t hit nearly as hard as a regular punch.

Kao’s packing some solid moves, and the new developer, Tate, has given us plenty to do with them by providing us with decent enemy variety. There are the usual grunts taking swipes at you from up close, but things like goats firing sheep at you with a launcher keep things interesting. Every world ends with a boss fight, and each provides some new tricks — I won’t spoil them all. Still, Hopallo Island’s boss, Terror, leaves a trail of fire behind him after attacking, while Hungry Jungle’s Jayabaya lobs projectiles from afar that Kao can punch straight back. Of course, it’s nothing groundbreaking, but it’s enough to avoid predictability.

Between climbing across vines using his ears, grappling across floating hooks, and making temporary platforms once you’ve struck a purple crystal, levels carefully and effectively avoid repetition. There is even the odd bit of puzzle solving, too, including one challenge where Kao must link the lines together on a crystal to make it whole, clearing your path upon completion. Another level had me running away from an enemy rolling towards Kao on a giant log, taking clear inspiration from Crash Bandicoot’s Boulder Dash level. Again, this still isn’t anything entirely original, but the remixes of traditional ideas are compelling enough that they never bothered me during my playthrough. 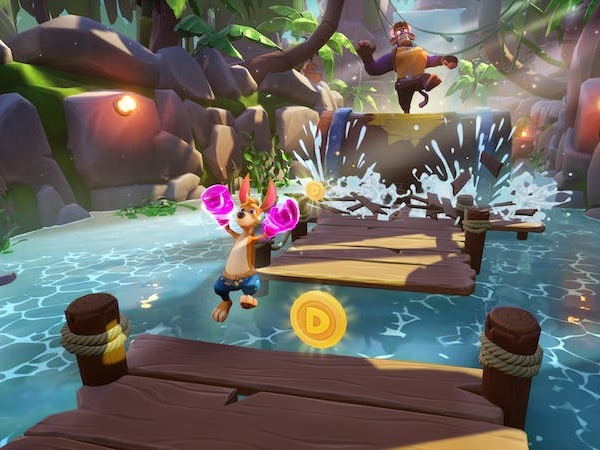 You’ll find no end to hidden secrets, so I’d recommend thorough exploration. Levels hide many collectibles, including extra lives, heart pieces, treasure chests packed with coins, and diamonds. Cash can buy new costumes from each hub world’s shop, including a retro look for Kao which will likely please original fans, and every level hides three letters spelling KAO, which can be tricky to find. Some enemies also drop scrolls that unlock new lore for the “Kaopedia”.

If you’re not feeling it for another collectathon, don’t fret. Only runes are essential for progression, and nothing else is mandatory. But it does beg the question: why are some of these even here? The letters can be tricky to find, like in Donkey Kong Country, so I understand there’s a sense of accomplishment in finding them. But I couldn’t find any practical use for these diamonds across my entire playthrough. That includes the post-game, which takes you back before the final creative fight, letting you complete things you missed.

Thankfully, items aren’t the only secrets found during exploration. There are 14 miniboss bonus levels, known as Eternal Wells, these hide within the stages, and they all require you to complete a set challenge. It can be simple, like defeating several waves of enemies, though more commonly, it involves completing trickier platforming challenges, earning more coins, or collecting more diamonds. Each hub world contains a separate Well, so if you find one but struggle to complete it, you can return at any time. So there’s no need to dive into the primary levels and see it again. 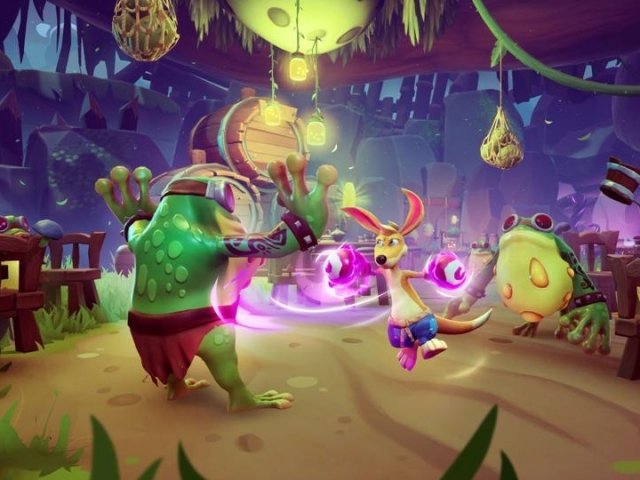 Even after beating those wells, Kao is a quick experience that needed just nine hours to complete, and it took me 20 minutes on average per level. If you’re not fussed about exploration or the Eternal Wells and are simply here to see the campaign through, you’d probably manage it in about seven or eight hours. I’m glad Kao doesn’t overstay his welcome — it felt like the right length, and Tate balanced it well.

The main problem was I just didn’t find it particularly tough, and there were no difficulty settings to crank this up to challenge me on a second playthrough. It’s not a complete cakewalk as the dodge roll comes in handy when confronted by groups of enemies, but those extra lives scattered everywhere quickly stack up. Death infrequently came, even more so once I began finding heart pieces to increase Kao’s health. I didn’t mind this so much, though. I won’t pretend this structure doesn’t feel formulaic after four worlds, yet Kao nails the basics. 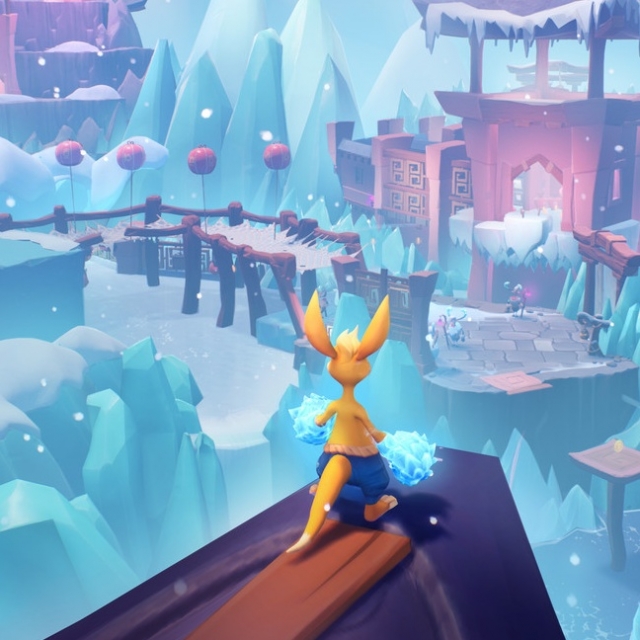 Kao the Kangaroo makes me nostalgic for an old-school 3D platforming series I’ve never played. It doesn’t try too hard to be gimmicky, packing a colourful aesthetic and light-hearted humour to carry it through the parts where it feels unoriginal. You probably won’t find it particularly challenging outside a few more demanding platforming segments — combat is relatively easy, and some may also find the collectathon premise off-putting. Still, I never saw it as dull, and Tate has done a fine job reviving this obscure mascot, even if you can spot Kao’s many influences from a mile off. If all you’re after is a comfy platformer that’s not too demanding, you will find an excellent choice here.

Kao the Kangaroo makes me miss the old ways of doing things. While it doesn’t do much to challenge you, it’s still lots of fun. If you want to chill out with a cozy platformer, you can’t go wrong with this game.