After 17 long years of weapons shaped like keys, the power of friendship and a magic duck, Kingdom Hearts 3 is the last stop on Tetsuya Nomura’s crazy ride, offering an almost perfect amount of closure on a multitude of story arcs that have had fans pulling their hair out for 10+ years. 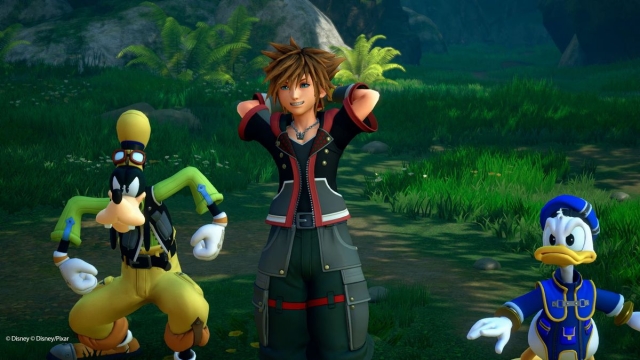 Can we appreciate how pretty this game is?

I hate to say it, but if you’ve missed even one of the many, many games in this series it will be impossible for you to understand every single reference this final act has to offer. If you saw the ads online for this game and said to yourself, “it’s only the third game, I’m sure I can piece the story together, and I’ve seen Disney movies before”, I’m afraid to say that you’re sorely mistaken. This game is the culmination of 17 years worth of storytelling, and every single game has at least one sizable reference to it. I skipped the mobile game, Union χ, thinking it didn’t offer much to the overall story, and while the gaps were minimal there were still a few moments I could see that would’ve been much more poignant had I played it. Now you understand that let’s talk about Kingdom Hearts 3 itself, and I won’t be spoiling any specific events here, just talking in general terms.

The game begins exactly where the ending cutscene of A Fragmentary Passage begins, showing our three main characters of Sora, Donald and Goofy heading out on another adventure to regain Sora’s lost powers and abilities ready to take on the overarching villain, Xehanort. From here it’s a pretty straight shot through the different worlds, most of which simply plop our heroes down in the centre of a Disney movie plot, as you fight off the Heartless and help the Disney characters out with their own problems. For most of the game these worlds follow a fairly simple formula; Sora, Donald and Goofy arrive in a Disney world, meet the main characters from the movies and save them from some Heartless, agree to travel with them and solve the problems existing there, then a member of Organization XIII appears, insults Sora and runs away leaving a boss for him to fight. Boom, world done, and this carries on for most of the game. It’s a little jarring how these worlds play out, as there is a real lack of urgency in the character’s actions, despite the fact they know Xehanort is attempting to destroy everything. 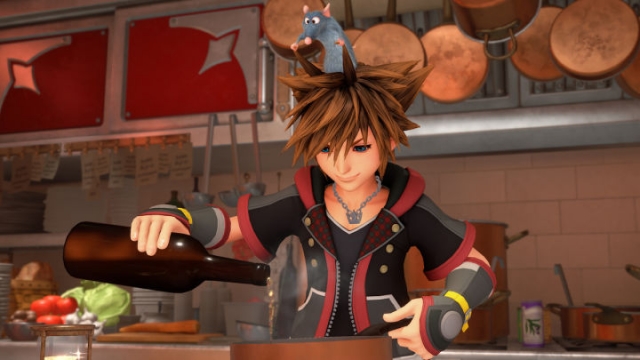 It’s the last 25% or so of the game however that really kicks it up a few notches. The overall tone of the plot becomes much darker and urgent, and we finally see all these characters we’ve played as or with over the years band together and interact with one another. The endgame of Kingdom Hearts 3 is incredibly rewarding for a fan of the series that has played the other titles as references and callbacks are thrown all over the place. It really does feel like the epic conclusion to an ongoing saga almost 20 years in the making, and although the post final boss cutscene leaves a bit to be desired concerning the big bad himself, the build up sequence almost entirely makes up for it. If you have a favourite character in this series there’s a pretty good chance they’ll be done justice in this final chapter of the game. There’s really only a couple of characters, (their names start with “K” and “V” respectively), that I feel didn’t get the development or moment to shine that the rest of our heroes did, and the ending itself does feel a little rushed for Kingdom Hearts standards, but these things are easy to overlook and don’t leave such a sour taste.

It’s a Kingdom Hearts game, through and through, so if you’ve played one before you’re sure to recognise how combat works in this one. The same menu exists in the bottom left corner, allowing you the option of a basic attack, casting magic, using items or Links, (which are just renamed summons), and those are your basic methods of combat. However, like I said this is the culmination of an entire series so far, and for some reason someone decided to include almost every combat mechanic from previous games in this one. Situation Commands, Reaction Commands, Combo Finishers and extensions, Grand Magic and Shotlocks. This is without mentioning the new features added like the Keyblade Formchanges and Attractions, the former of which is essentially a replacement for Kingdom Hearts 2's Drive Forms and the latter which acts like one huge advertisement for the rides at various Disneylands, allowing you to utilise many of the park attractions as combat tools. 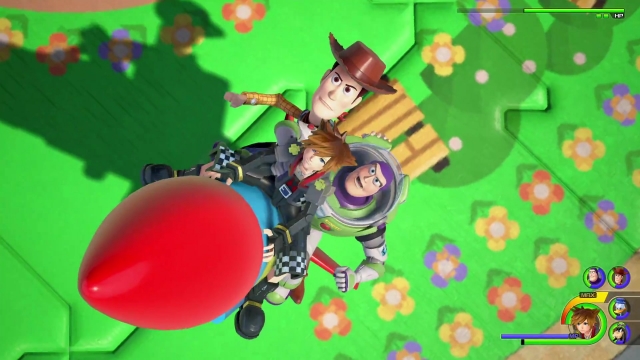 Press Triangle/Y mid-battle and be rewarded with a cutscene!

The presence of so many different options in combat leads to two main problems; feeling overwhelmed by the amount of options available, or sometimes entirely forgetting that a function even exists. This, coupled with Sora being even more powerful than he was in Kingdom Hearts 2, makes this arguably the most button-mashy of the main series games. Then consider that Critical Mode, the hardest difficulty in most Kingdom Hearts games, has been removed entirely and you can see why many people are claiming the game is too easy. That’s not to say there is no depth to the combat, but the idea of having different builds with different abilities is easily ignored here.

Each world will also usually have a gimmick or minigame, such as the ability to control mech-like toys in the Toy Story world, that helps to break up the monotony of running from area to area beating up the Heartless. However, in my opinion anyway, the combat is varied and satisfying enough that these sections are not required for this particular reason, and if you enjoy regular Kingdom Hearts gameplay there’s enough variation to keep you going till the end.

At least I can say with certainty that THEY FIXED THE GUMMI SHIP SECTIONS! Yay! No more are you stuck running through compulsory and pointless on-rail-shooter segments just to get to the next world and enjoy the game you actually came here to play. These are instead replaced with large open voids in which you fly around and shoot asteroids for materials whilst fighting Heartless. If you want to fly straight to the next world and completely disengage with the Gummi Ship as a concept you are more than welcome to. The only other substantial thing to really talk about is the soundtrack, and if you’re an existing Kingdom Hearts fan your expectations should probably be pretty high for this. While the game does possess some nice original pieces to listen to as background music in the Disney worlds, most of the soundtrack is reused or remixed from older games. That may sound like a criticism but again, for a long time fan of the series this is an ingenious way to reward those players. Certain scenes will play themes of characters that haven’t been seen for more than 10 years, and the remixes utilising a live orchestra are simply breathtaking, and are more than enough to bring a tear to the eye based on their emotional weight alone.

In true Kingdom Hearts fan fashion I will forever defend the convoluted story and potentially cringey writing to my dying breath. Kingdom Hearts 3 is not for the faint of heart, and is certainly not for someone whose knowledge on the series and its concepts is anything less than stellar. For someone who does take the series seriously though, and who refused to leave once things started taking a confusing turn, the payoff is more than worth it. For diehard fans an easy 8 or 9/10, there are still a few moments that feel rushed or undeserved, but the emotional value more than makes up for it. Combat and exploration, as well as how stunning the game looks and sounds, is enough to carry it far enough in most people’s eyes, but missing even a couple of story beats will lead to bewilderment. For a game that is ride-or-die all about its story that’s a massive risk. 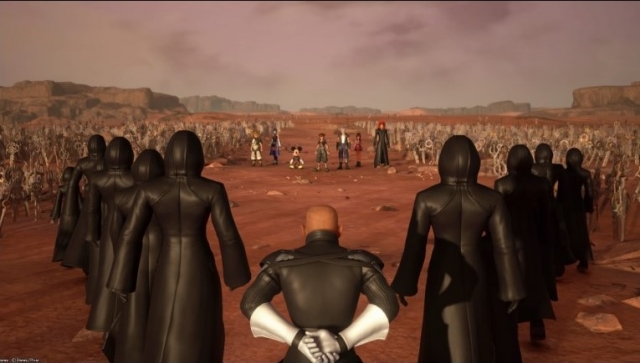 The last few hours are worth the wait!

An easy 8, maybe even 9/10 for long time fans, but for most people points will be lost in the story department. It's never too late to catch up, but DO NOT start here!

Good review! I agree with most of the points you made including the score. 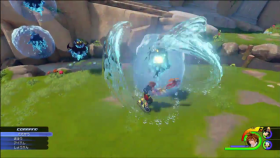