Well I can say this much, the title alone pretty much wins me over. I’ve played a lot of games throughout the years, ranging from the good, to the bad, to the inevitably ugly. Where Laser Disco Defenders ranks in terms this range is the good, the very, very good.

Well that gives away my opinion right off the bat doesn’t it. To elaborate on what I mean by very, very good; this game is some of the most fun I’ve had with being my own enemy...OK, now to elaborate on that. Laser Disco Defenders is a bullet hell shooter that excels in pitting you against yourself, for the most part. The main objective of the game is to make it to the next area while dodging the ever growing amount of lasers that accumulate on screen. 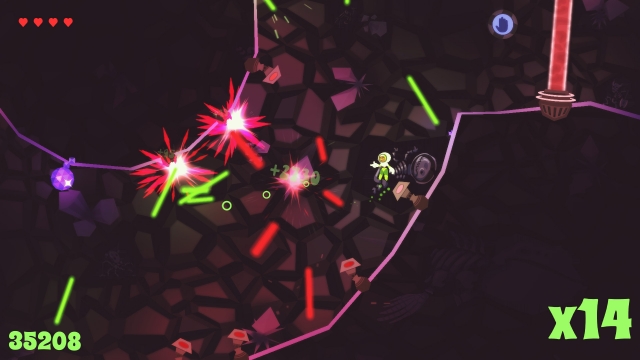 The premise of this title is that any laser you fire remains in-game until you move on to the next level, after which said laser then disappears. Just for a little test, I decided to let my lasers fly and fired off in every direction to see if I could make it through without harm, putting the literal hell in bullet-hell. The test was met with failure however, but honestly, I was really glad I didn’t make it, it shows that the game has a nice curve of challenge if someone were to attempt what I had.

The gameplay all in all is quite simplistic, but Laser Disco Defenders doesn’t lose points for that. It’s not a game that tries to do multiple things well, but instead is one that sticks to a core idea and builds off of that, resulting in an entertaining electric experience. Also, on the topic of gameplay, accuracy is something not to take for granted as you’ll be firing at mines, turrets and crystals to keep yourself alive. So if you miss, the game becomes that much more difficult, thus the extra incentive to keep your aim steady. The last thing worth mentioning in-terms of gameplay is getting blindsided by your own lasers. I’ve never been more accepting towards the premise of friendly-fire. So long story short, I’ll be making a better attempt at it in other co-op games.

Moving on to visuals, the graphics are quite striking considering the budget. Of course Ori and the Blind Forest was also quite striking (albeit with a longer development cycle) so I suppose it should be expected in this market, in this day in age. There’s also a beautiful amount of colour that’s used, splashes of red and blue that really bring the in-game areas to life. Also, depending on one of the four heroes you choose from, that’s the colour of lasers you’ll be seeing as well. I went for light blue myself and I was incredibly happy with the results. Speaking of heroes, the customizable feature that allows players to change outfits is a nice addition that brought more life into a hero that you’d be playing with for hours on end. 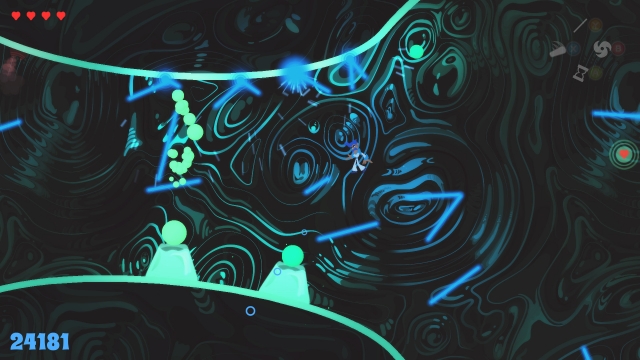 The last thing I’ll bring to the table is overall difficulty, and as I’ve mentioned above, the difficulty is as bad as you make it. There’s a certain amount of skill in maneuvering that’s required, but the main problem will be your own panic fire. Also, maybe it was just me, but I felt like the second section of the game really dipped into more treacherous waters as the difficulty curve seemed to ramp up from the first section, which was by no means an issue. The challenge was a breath of fresh air that brought out a teeth-gritting incentive.

All in all, I loved Laser Disco Defenders. It’s an excellent title that did a whole lot to impress, despite seeming like it lacks in content. But it doesn’t lack, it does so much right and so much well, that any issues I did have with it just evaporated. In short, Laser Disco Defenders is very, very good.

Laser Disco Defenders does what it sets out to do and more. A bullet-hell shooter with an emphasis on hell, this title is definitely worth defending.

Win a Copy of Laser Disco Defenders on PS4