Nobody can say I don’t like a good adventure game - point and clicks were a big part of my growing up, after I played a cracked copy of The Secret of Monkey Island on my mate’s dad’s
Amiga. I like to keep abreast of the genre, with Deponia and Randal’s Monday and the like. So an adventure game where you can control time - my chosen superpower, if any of you ever get a magic genie - was definitely something I wanted to play.

Now, full disclosure - I didn’t go into Life is Strange unbiased. I frequent a blog that aggregates game scores and lists them for almost any big release - which this classes as. I didn’t read any reviews, but even scrolling past the post I couldn’t help but catch the high scores it was gathering. This is a good game, but it isn’t yet a great game. I can feel that my thoughts will change as more episodes are released, but Episode 1 on its own has flaws - I’ll get into those, but first an overview.

You play as Max, a student at the prestigious Blackwell Academy, a university in some pokey little town in America. Waking from a nightmare - which she apparently suffered without being noticed nodding off in the middle of class - she winds up finding out she can rewind time with her mind, without it affecting her. Being a teenager, she goes ahead and uses her new powers to screw over the resident mean girl. 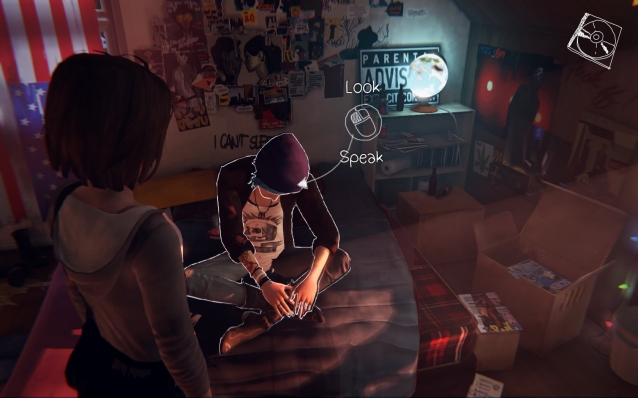 So the cast of characters is about as generic as a game set in a school can be. Max is the introvert self-claimed nerd (we see no evidence of this), completely uninterested in the only guy that loves her, who recently moved back into town after some years away. Her teacher is a rockstar of a photographer who all the female students fancy. The mean girl has a posse and expensive tastes. The best friend is a punk with dyed blue hair and a militant stepfather. There’s a psychotic rich-boy whose family “runs this town”... Every stereotype is present: Asian nerd, dumb jock, creepy janitor, security guard with a stick up his rear - there’s even a secret society in The Vortex Club.

Yes, there isn’t a lot of characterisation you can do across a two hour playtime, but they could have been less of a stereotype. The writing in general is pretty good, capturing how isolated Max feels at times, as well as the overall atmosphere of teens becoming adults. There are things that aren’t as well written, however. As I mentioned, none of the characters are particularly likeable, and this might be down to them all being stereotypes, but even Max isn’t too pleasant.

Max moved back into town when she was accepted into Blackwell Academy, after spending some years away when her family moved. Since they moved, she hasn’t contacted her best friend, it seems not even via social media as she doesn’t recognise her at first. She seems uninterested in her studies - which again is literally the only reason she’s there. She instantly regrets doing things for other people, more than she is happy with herself about it. Finally, since she was little, all Max wanted to be was a photographer - she has a classic instant camera (AKA a Polaroid camera) and yet she shakes the photos when they come out of the camera - which will cause her “perfect pictures” to be much less so. It’s not even that she shakes one or two - she shook every single one I took in my playthrough, and I fear she’s going to continue to do it across four more episodes. 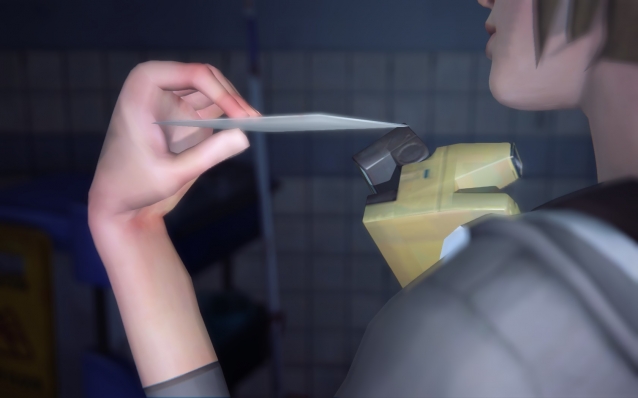 Despite any problems I have with the writers, the game itself has made me look forward to Episodes 2-5. The graphics are lovely to look at, the controls are spot-on and no sounds are out of place. There are many things that have been hand-drawn, such as posters which makes them stand out quite well. Being an adventure game, there are never unexpected things happening in a technical sense, so there were no glitches or any kind of slowdown even on my aging computer, on which the game worked wonderfully.

The story is very interesting, with time-limited events meaning you will have to use Max’s newfound power if you want to pass some events. Having multiple choices which will affect the outcome in future episodes means the game has replayability. However, currently few of the events - such as signing a petition or not - have any effect other than a line of dialogue or a text message.

I’m sure that once all five episodes are out, the game will be a great one, deserving of the highest scores. But right now the generic, unlikeable characters mar what could have been pretty perfect. 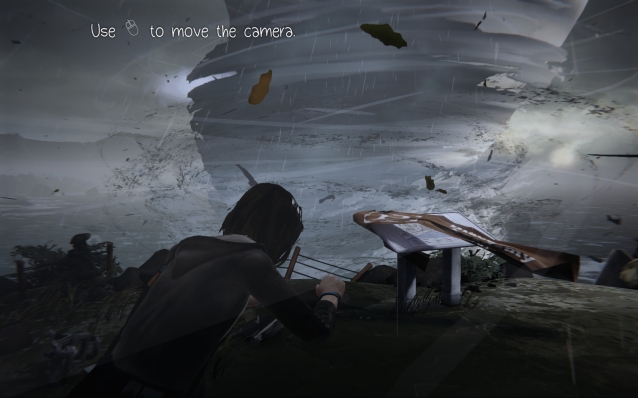 Life Is Strange (Reviewed on Windows)

I’m sure that once all five episodes are out, the game will be a great one, deserving of the highest scores. But right now the generic, unlikeable characters mar what could have been pretty perfect.

New Trailer for Life Is Strange: Before The Storm Episode 2 Lands

I am so glad that I'm not the only one who got annoyed every time she shook her Polaroids!

Honestly, my wife kept telling me to calm down everytime I ranted at the screen...