Life is Strange: True Colors launched in early September to very positive reception, including my own review. Even before the game’s launch, a big part of the advertising campaign was Wavelengths, a short DLC that focused on fan favourite Steph Gingrich in her first year at Haven Springs as she learns to manage a local radio station, run a record store, and try her hand at online dating, all while doing her best to keep her life together in a brand new town.

If you’re reading this, I’m assuming you’ve played the previous Life is Strange games, or at the very least have played the first two and are looking whether to get the Deluxe Edition of True Colors or not. With that in mind, I’ll keep spoilers of TC to a minimum outside of things that were revealed in marketing, but be warned of LiS Season One and Before the Storm spoilers if you’ve yet to play them. The DLC opens up almost immediately with a conversation with Gabe, and I was worried Wavelengths would fall into the boat of Before the Storm, where it tries to tell a story about a character that gets undercut by the knowledge that this character dies. Thankfully, Deck Nine didn’t make Wavelengths without looking to the past, and have been careful to make sure this story is about Steph. Besides a video call with Before the Storm character Mikey, no other characters appear, and the entire DLC takes place within the record store. This isn’t about Haven Springs, it’s about Steph’s journey, and doesn’t focus too hard on expanding the other characters outside of bittersweet comments, which plays greatly to the game’s favour.

The story begins in early 2018 with Steph on her first day working at KRCT, the local radio station that she is a pro at running by the time of Alex Chen’s arrival. The DLC leans greatly on Steph’s characterisation, expanding on the hobbies that we’ve seen her enjoy before and fleshing them out, all while dosing it with the emotional Life is Strange charm. Being able to see her change from an awkward teen in Before the Storm to the developed free-spirit we see in True Colors was a big, but welcome change. With Wavelengths presenting us the avoidant, self-appointed Disaster Queer in a way that connects these two people beautifully, it makes Steph one of the most developed characters we've gotten out of the series yet. 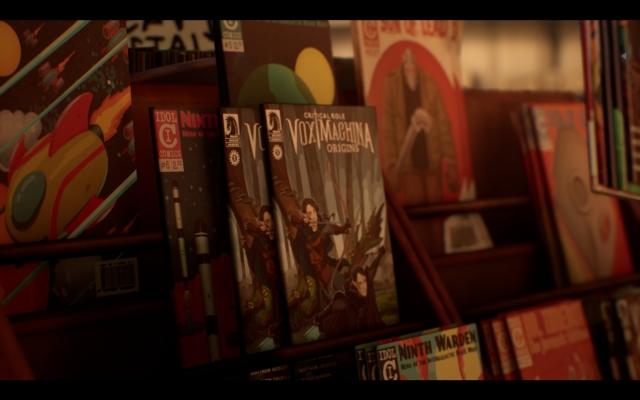 Steph’s tasks in the record store involve managing stock, handling call-ins to the radio station, and reading sponsored advertisements. Players can keep Steph by the books with the advertisements, or you can go to rather ridiculous lengths for the sake of endorsement, such as making up a fictitious alien invasion who are lactose intolerant, just to advertise the new ice cream shop across the street. Call-ins are mostly people wishing to get their fortunes told, as Steph takes it upon herself to let a roll of the dice decide the fate of the local populace. Most are lighthearted, and trying to spin someone rolling a two into something that won’t be disappointing can be fun, but some do hit on bigger, real-life issues, predominantly that of being LGBT+ and the reactions that friends/family can have. As a cishet man, it’s not something I obviously have much experience with; nor is it something that is approached much in videogames at all. Steph can give advice that paints a hopeful future for these people, without undermining the very real issues that they make reference to. It wasn’t an entirely unexpected issue for Deck Nine to tackle, but it was a pleasant surprise to see it done in a way that felt so grounded and real.

In typical Life is Strange fashion, the soundtrack in Wavelengths is brilliant - and I am definitely biased - but it’s not often I see music I like used predominantly in media so god damn it I’m going to enjoy it. The radio station will play random songs, and you also have a small collection of songs you can play and queue. These range from small indie artists, to more mainstream names such as Portugal. The Man, Girl In Red, and Alt-J. Between preparing a tabletop adventure for Mikey, keeping the store in order and rolling natural 20s on her performance checks in the radio booth, Steph can also dabble in online dating. It’s an entirely optional thing, and aside from setting up your profile at the start you can just completely ignore it, but given this is a story about Steph, watching the way she acts on the app is a great —and sometimes only, given the isolation the game brings— way to observe her change as the year goes on. Wavelengths is split into four sections, and each section offers various paramours for you to swipe left or right on, while being able to maintain contact with previous matches if you so wish and see how/if their relationships developed over the timeskips. In the end, only a small handful of these go anywhere, and given how Steph is very single, you can sort of guess that nothing long-term happens. Despite this, there are some matches where you can feel chemistry even just over texts and can’t help but hope that things turn out okay for the pair. It’s a small part of the DLC that really helps bring Steph to life and offers a way to see a side of her that we don’t see anywhere else, even during her actual romance in True Colors.

Ultimately, understanding what Wavelengths is trying to be is an imperative part of the experience. People who just play True Colors, and then decide they want more with Wavelengths will probably not enjoy the DLC as much as they thought. Simply put, Wavelengths is not a prequel to True Colors as much as it is a sequel to Season One and Before the Storm. Steph was shown to be good friends with Chloe and Rachel; couple this with her family living in Arcadia Bay, and there was never going to be a happy ending for her in that town. The game asks what choice you made at the end of the first game and for the first time in videogame format, Wavelengths expands on the player's choice at the end of Season One in an unexpectedly sucker-punching way. Life is Strange 2 has a moment with David appearing, but it felt a bit more like fan-service rather than a fulfilling conclusion as Sean has no relation or reason to care about what happened in Arcadia Bay. No matter the choice made, Steph and Mikey feel greatly about what happened and the way the game explores this grief is everything I could have hoped for and more, especially when the realisation sets in that it was you who did this to these characters. 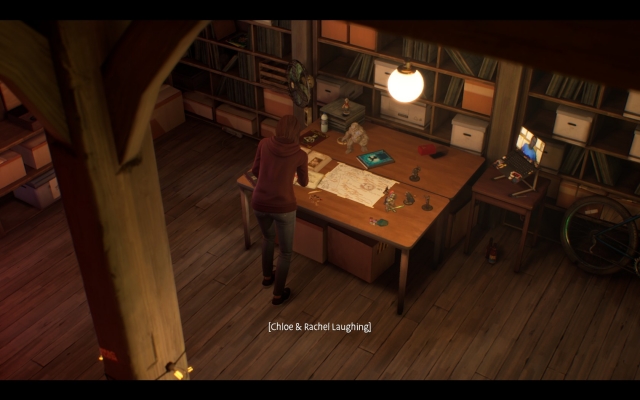 For years, people have wanted a ‘conclusion’ to the story arc we saw in Season One, and Wavelengths delivers that in the best way that we didn’t know we needed. Max doesn’t need another story being told, but rather just one of the normal people who had to live in the aftermath of Max’s —and the player’s— decision. Wavelengths is a perfect DLC, expanding on a beloved character, working her mannerisms into fun game mechanics and discussing real-world issues, all while delivering the best conclusion to the story that started it all in the most tearfully splendid way possible. A stellar masterpiece from Deck Nine that shows once again that they understand what Life is Strange is supposed to be.

Wavelengths manages to capture so many emotional moments and story beats, packaging them all up in a short-and-sweet experience that connects the world of Life is Strange together in a way unseen before. Wavelengths is everything and more we could have hoped for with a DLC.