Paradox is a developer and publisher widely known for its grand strategy games, but with Magicka it’s started a whole new set of interesting adventures, and the game was so successful that not only has it received a sequel, but the MOBA Magicka: Wizard Wars was also released, with the action set in the same universe.

At its core, Magicka: Wizard Wars retains the original experience from the original game, however the main difference comes from the fact that you now have to engage other wizards in battle, rather than fighting alongside them, which is a very nice change of pace.

What I liked here is the fact that the magic and spell casting system is intact, so we get basically the same gameplay from the original Magicka. You are the one that chooses which attacks to perform, how to do them. For me, the main appeal of Magicka has always been the large amount of possibilities when it comes to combining magic attacks. The game modes here are very interesting, since you can either opt for 4v4 gameplay, or you can enter a duel with other mages, but my favorite is the Soul Harvest mode, which requires you to kill AI enemies as this will give you access to the enemy fort. 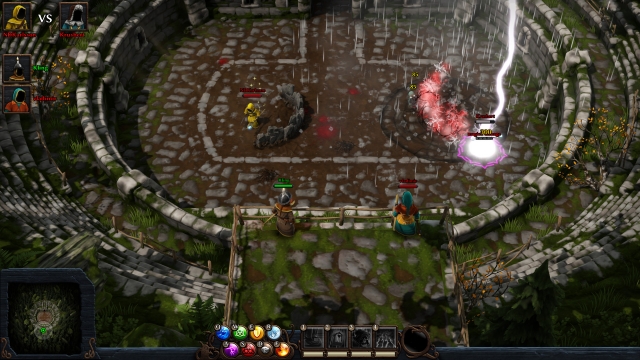 Based on my experience with the game, I have to say that the title is well balanced, and it does a great job when it comes to putting enemies face to face.

The combat here, no matter the game mode, is very intense, because you do manage to spellcast everything you want, in many situations you will have melee weapons as well and you can even acquire skills as you play. Sure, the game maintains its MOBA aspect and appeal, but it also does a great job at bringing in new stuff to the table.

An interesting thing here is that friendly fire is always activated, so not only do you need to spellcast, but you have to do that precisely, otherwise you might end up killing your own people. Thankfully there are healing spells to help you with any accidental or enemy damage.

But my favorite part, aside from the gameplay, is the unique customization option. You have more than 100 different robes, weapons, skins, staves and many other things that you can add on your character to make it feel different. You are the one that directs choices here, and it’s nice to feel in control at all times.

Of course, you do have a leveling system that will bring you access to new items, so there is an incentive to level up, which is really nice.

Magicka: Wizard Wars is a game that brings in a lot of tactical possibilities, and you are the one that chooses how to play. Pretty much like any other MOBA, you can work with your team or ignore them completely as long as you complete your goal. 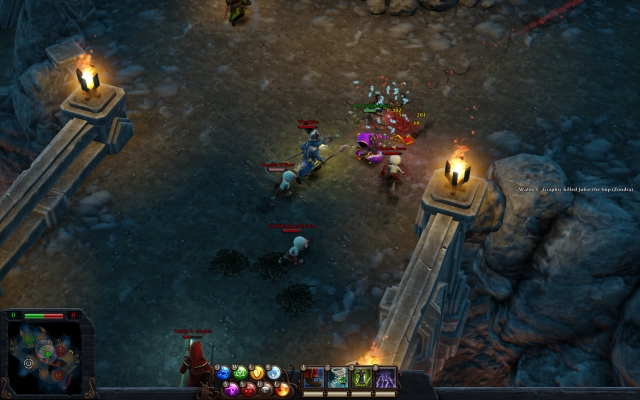 The game worked great even on a computer without that much graphical and processing power, so even if you don’t have a powerful rig, you will be able to enjoy this. Graphics in Magicka: Wizard Wars are pretty much the same as in the original title, but you can see a few differences when it comes to character detail. The game world looks very cool, and I enjoyed browsing it. Maps in this title are nicely designed and thankfully not that repetitive so you do get an incentive to explore them as you head towards the enemy establishments.

I feel that Magicka: Wizard Wars does a great job in depicting the PvP madness it set off to showcase, and each battle I took within the game was very fun. I have to say that the player base is not that large to begin with, at least at the time of this writing, but finding a new match doesn’t take more than 30 seconds, so the matchmaking servers are greatly optimized which is a major plus for me.

Magicka: Wizard Wars has everything you might want from a MOBA, and it also brings in an action packed approach to the whole experience, which is very exciting and appealing for me. Personally, I think that the game does a great job at bringing in action-oriented PvP, so you will surely like this game. It’s a nice introduction to the MOBA world if you’ve never played one, but it also offers enough for hardcore MOBA players too, which is really cool. I recommend it to anyone, even if it might have a few bugs here and there, but the game is fully playable and very nice.

I think that the game does a great job at bringing in action-oriented PvP, so you will surely like this game. It’s a nice introduction to the MOBA world if you’ve never played one, but it also offers enough for hardcore MOBA players too.