Mario and Sonic at the Olympic Winter Games Review

If you never played the original game of Mario and Sonic at the Olympic Games then you missed out. This was an absolute gem of a game on the Wii and just showed you what you can do with the console for controls and fun in gaming. So now we have our hands on the latest release, Mario and Sonic at the Olympic Winter Games. So will this game be a stellar knock out like the last game or will it not score as highly with the judges?  Let’s find out.


As with any normal review, I jumped straight into the training mode which is available on the start up screen to get my bearings with the game before setting out to break some records. From the get go, you get nine sports and sixteen event modes which you can try your hand at, all of which are key events which you will be later competing against other characters for the top spot.


As training is completed you are rewarded with Star tokens. These allow you to purchase items within the shops to either customise your Mii, buy music from the game, decals and banners which you can add to your gear or even unlock and view trivia on the Winter Olympic Games, which is readable at your leisure. While this is a nice extra bonus, the point of which is just to really show how good you have become at the game and really doesn’t add anything  other than showing off your latest designs or costumes which you have bought.


Again like in the previous Mario and Sonic Olympic Games, characters are split up into different categories ranging from an all around player which will be good on all events to Power, Speed and Skill type characters. This, again, is up to you as to who you pick but all are better at one event than others and you will have to see how you get on with each character to see which is the best for you. Obviously when having a downhill skiing race a Speed character is advisable but probably isn’t the best for figure skating, though it is funny seeing Doctor Eggman, or Bowser trying to compete in these events.  Another cool feature is the fact that you can now use you Miis, in these events. Again you can customise your character in the shops using the Star points that you collect from events.


Like in the previous Mario and Sonic Olympic Games, you are also given dream events which are a twist on the normal events for the Olympic Games - these include skiing down a hill going through check points collecting rings and boxes, which have weapons that can be used against your foes.  Most of the weapons are lifted straight out of the Mario Kart, but it’s a nice twist and it’s good to see some classic levels from Mario and Sonic taking on a winter feel.


The final note on types of game play is the party play modes which use both dream and Olympic events to compete against friends. The first type of party play modes is the balloon attack where you have to earn balls to pop balloons. You first, however, have to compete in an event which will decide on how many balls you get to throw to earn points. This is based on how well you did in the previous event. If you run out of balls before the timer is up  your sight then becomes a barrier in which to stop other players from scoring points. After a number rounds the person with the most points is declared a winner. This mode is pretty much just a small add on from playing with your friends in single event mode, but adds a different element of throwing balls to get the best points.


The next party event is the wheel challenge, which will spin the wheel and select a character to become the leader. To win this event, you simply have to finish in front of the leader to get the points. There is also a VS mode in the wheel, where you will compete in a 2 vs. 2 mode with the two that win sharing the points.


The final party game is Panel Flip, where you are in 2 vs. 2 situations to gain the most panels on the board. After competing in an event you are awarded mobility points which you can use to move your character around the board to gain panels. This again is based on your performance in the events, so knowing the events and playing well is the key.


In all of these party modes you are really playing more events with your friends with add ons which in a sense doesn’t seem to add anything to the game play. While this mixes up the game play, most just seem to make the events drag on a bit and the person who has spent the most time playing the game will end up winning due to their skill on the events.


After feeling a little bit braver I ventured into the single match before hitting the festival mode. While this allows for quick play style gaming allowing you to choose the event that you want to compete in, it is good fun and probably the best mode for anyone who just wants a quick and casual run of a certain event. Again you will be rated on your performance and given Star points which you can use to buy even more stuff from the shops as you progress in the game.


While most of the sports use the standard one controller-one nunchuck arrangement, you can also add the Wii Balance Board on certain events. Unfortunately I haven’t got a Wii Balance Board so I am not sure how the controls by using the Balance Board affects or hinders the feel of the game.  The controls on a whole work well and most events will see you using the controls in different ways - in the Skiing for example, you will be using them to turn into corners and to do tricks. The controls however are bit hit and miss and sometimes you end up going off the track just because the remote hasn’t sensed how hard you are tilting your controller.


A nice touch is the Ice Hockey event, which has you in a team of four facing off against another four CPU controlled opponents. Passing is done via pressing ‘A’ in the direction you want the pass, once you have passed the puck around long enough the power will build up for you to take a power shot. Movement is controlled via the nunchuck. Playing on the Ice Hockey is simple but again the controls let the game down sometimes since shots and passes go way off the mark thanks to the controller not picking up where I want the pass to go.


After playing a few single events I decided to go the full hog and enter the festival mode which is over 16 days of events. During this you get training seasons as well as proper events, all of which add to your points total over the sixteen days. At the end of it all you get a cumulative score and the one with the most points becomes overall champ and gets gloating rights if you are playing against another player. While day one and the last day are just ceremony days, I feel this is the main hog of the gaming and all the events are done at random. Every day you get two events to choose from, and once completing these you are awarded points. The day is then finished. You also get rival challenges throughout this, where you can play against your rival in an event, again trying to win to earn points.


During the festival you also have breaks where you can go and visit the village and enter the shops to spend your hard earned Star points to pimp your character or unlock certain items.
Nice little touches to the game - which I’m sure most people won’t notice - is the weather settings allowing you, if you Wii is connected to the Internet, to get the latest forecast from Vancouver to play in the conditions that are there now, or even the weather from your local area. Even if your Wii  isn’t set up for this, you can always add the random weather effects. Again this is a nice feature but I feel will be over looked by most gamers.


So Mario and Sonic gets top points for adding some new variety with game modes and getting a control system that seems like it should work - however my gripes with the game, like most Wii games I have played, are down to the controls. While this isn’t a biggie, it does detract a little from the polish of the game, the events will keep you going longer after the Olympics are over and the fact that there are so many events to play and unlock it should keep you busy. This is a definite buy if you played the first as this just adds to the fun. It hasn’t made any major changes to the series, but it just adds more fun.

So Mario and Sonic gets top points for adding some new variety with game modes and getting a control system that seems like it should work - however my gripes with the game, like most Wii games I have played, are down to the controls. While this isn’t a biggie, it does detract a little from the polish of the game, the events will keep you going longer after the Olympics are over and the fact that there are so many events to play and unlock it should keep you busy. This is a definite buy if you played the first as this just adds to the fun. It hasn’t made any major changes to the series, but it just adds more fun.

Mario and Sonic at the Olympic Winter Games Review 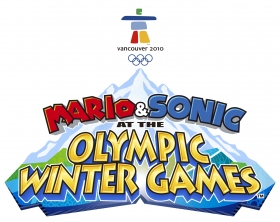