It’s been just shy of ten years since we last saw Max and at that point, he’d mostly survived the aftermath of an entire mansion collapsing around him. 9 and a bit years later Max has found himself once again at the bottom of a bottle, but this time in the lands of Sao Paulo - a somewhat different backdrop to those we usually see Max shoot dodging around.

There’s a lot to be said for the imminent changes in this addition to the series. First off, this isn’t being developed by Remedy Entertainment, instead it’s been taken on by “Rockstar Studios”. A name that encompasses all of Rockstar’s various studios. Secondly, this iteration isn’t written by Sam Lake, instead it’s being written by Dan Houser who can be credited with most of Rockstar’s recent games, such as Red Dead Redemption and some of the Grand Theft Auto series. However, James McCaffrey does reprise his role as Max Payne, keeping the overall feel of Max’s dulcet tones as they should be. 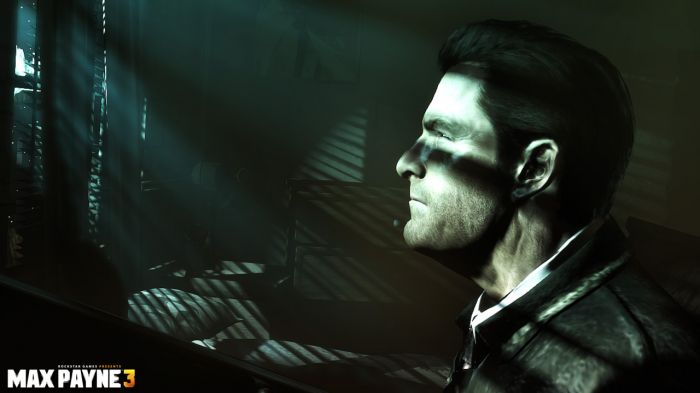 Gameplay has everything you’d come to expect from a game in this series, and a little bit more. Shoot dodging is still the main form of taking enemies out, you still have to pop painkillers at a rate that makes Left 4 Dead’s Louis look like a half-timer. New to the series is a cover system, which you’ll spend a good chunk of your game time in as you dispatch chunk after chunk of henchmen and bad guys hell bent on sending you to your grave. Sadly though, the cover system does come across as ‘broken’ at times, mainly due to the fact that some walls which you could easily hide behind don’t allow you to properly hide behind them. However, this doesn’t get in the way too much, as it allows you to stick to the slow-mo shooting and bullet dodging that makes the series what it is.

It’s also tough. VERY tough. Gamers less than appeased by regenerating health bars and bleed-outs will be happy to see that the game features a standard health bar, with painkillers acting as the only way to heal up. Easy difficulty is easy enough for even the least hardcore of players, but moving up the ranks, the die/respawn/retry ratio quickly mounts up. This isn’t too bad though, as the game is very quick to get you back into the action after a death. For players wanting a challenge, this game will deliver in spades. The game does have a tendency to be a bit too cutscene friendly, though fans of the series will see these scenes as a drop in replacement for the comic-book sequences from the earlier games. A shame really, but given the power of today's gaming machines it’s easy to see why developers would rather tell the stories with the characters - especially what with the stunning facial animation setup that Rockstar have. A couple times whilst playing I could have quite as easily been watching a movie.

Multiplayer comes down to the usual fanfare and play modes, with a few neat twists in for good measure. Most impressive is the fact that Rockstar have managed to implement Bullet Time into the multiplayer games. The effect is quite subtle and you generally won’t notice it - unless you’re the one in Bullet Time. You can also loot the dead bodies of your enemies, leaving you vulnerable temporarily for the sake of getting some painkillers or extra adrenaline. What’s going to effect most players, however, is the ability to join a Crew, which will port over to GTA V when it’s released. A bit of upfront work now can last quite some time to come! Fans of the series will be glad to hear that Max’s signature theme tune makes a resplendent number of appearances in this outing. With Max himself playing it on a piano in certain chapters, just as he did in the previous games, but this time he plays it all the way through.

All in all, those looking for a continuation of the darker Max Payne series may initially feel slightly disappointed, but as you progress the story does get darker. Those new to the series won’t be left out having not played the previous iterations, either, as Rockstar have done a good job of filling in the “need to know” stuff to keep this story relevant.

It’s been just shy of ten years since we last saw Max and at that point, he’d mostly survived the aftermath of an entire mansion collapsing around him. 9 and a bit years later Max has found himself once again at the bottom of a bottle, but this time in the lands of Sao Paulo - a somewhat different backdrop to those we usually see Max shoot dodging around.