Minion Masters is a free-to-play, deck-building, PvP RTS game where players can face off in 1v1 or 2v2 battles trying to reduce the HP of their opponent to zero.

I can't remember when I first started playing Minion Masters, nor can I tell you why. However, I can tell you exactly what charmed me about it — how fair it feels.

Straight off the bat, Minion Masters has a ton of cards for players to collect and build decks with. I was worried when I first started because I thought getting them was going to be a pain and borderline impossible, given the capability to buy them with money and how games tend to try to abuse that system. That being said, if Minion Masters rewards one thing, it's persistence. Acquiring cards is surprisingly easy, and with each purchase of Power Tokens, players get shards, which they'll be able to use to purchase one of their choosing, with varying prices according to how strong the card is considered.

My favourite aspect of the game is the capability to play whichever mode you fancy and it will be taken just as seriously as the last. The 1v1 and 2v2 game modes are both automatically ranked, so you'll always be placed among peers with similar skill levels as yours, making it so that the game always feels fair enough. 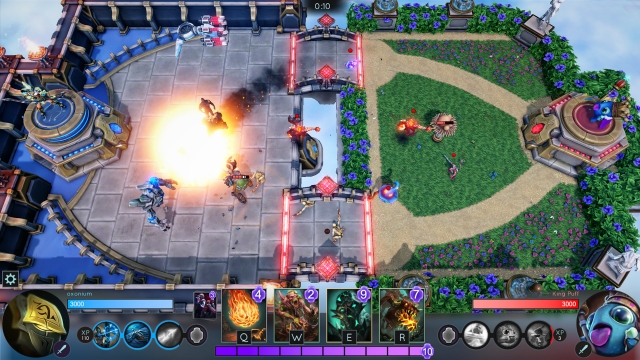 Whether you play 1v1 or 2v2, every round you play works towards building your card total. And although players can get more cards by purchasing the battle pass, it's nothing that a player with persistence and farming can't get.

Although I wouldn't say I'm high ranking when it comes to Minion Masters, I can safely say that the game feels balanced enough and it's more of a knowledge experience. Building an imbalanced deck will lead to defeats, and with only 10 cards at your disposal, making sure you make the most of those is imperative.

That being said, the build I play with has gotten me well into higher ranks and victories, and even with the imbalanced build I had early on (as I learned), playing my cards right ensured that I could win, and that is the most important aspect of them all.

With well over 200 cards to acquire, several hours of gameplay can be expected before players own them all, and I personally find that as a charming system. Whenever using the Power Tokens (the boxes that grant cards), players can acquire shards. These shards can be used to purchase a card of their choosing or a new master with their own unique abilities. 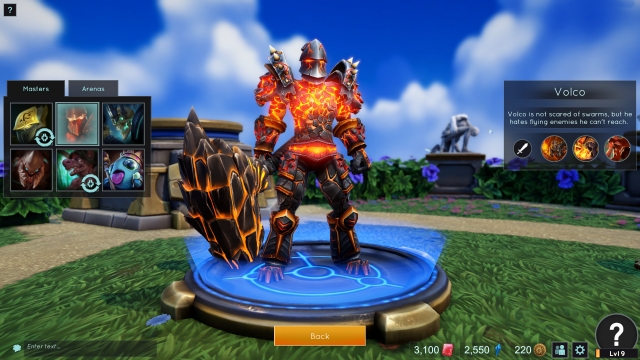 These masters gain experience as players take control of one of the two bridges present in the map, and as they level up they get cards or passives unique to the character. These masters add an even deeper depth of gameplay because they can synergise incredibly well with the deck the player chooses, or, in 2v2 battles, synergise with each other.

Different masters offer different playstyles due to their abilities. Some, for instance, require more assistance from characters that can defend from aerial attacks due to their inability to attack aerial units. Meanwhile, some masters work best whenever reaching later stages in the game, so playing safe with them offers stronger late-game possibilities.

Grabbing a friend and jumping into a 2v2 round can be extremely fun, especially when you know the person and can build a deck side-by-side that has different focuses. I loved playing 2v2 battles with my wife. Trying to figure out what cards the enemies had, alongside what their strengths and weaknesses were, all the while trying to prevent them from killing us too early was a blast. Minion Masters’ gameplay is fast, exciting, and fun. 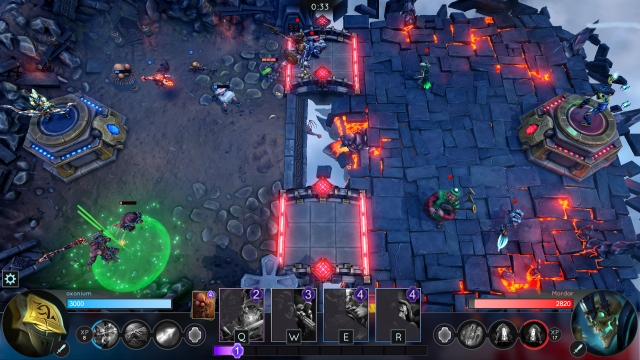 The quickness of each match also offers a great experience, since not only is finding a match fast, but each one doesn't last more than a couple of minutes. These are easy to just get into and play a couple of rounds. I've had rounds as short as a minute or two, and the longest I've personally experienced is four or five minutes.

Minion Masters is a perfect game to pick up and play at just about any given moment due to its short rounds, but wonderfully fun and in-depth with the capability to build decks with well over 200 cards present in the game. I've spent countless hours just going round after round, and that persistence is rewarded with the potential to buy whichever card you want whenever you've unlocked enough random cards.

Minion Masters is easy to pick up, hard to master, and it's one of the things that makes it such a fun game to play. With a bustling and active community along with its free price tag, Minion Masters is a game everyone should try at least once.