It’s taken some time (almost half a year (a year now)), but the review for Iceborne can finally be made confidently for its meta, content pipeline, and progression since launch. If you want a review of the core base experience, my initial impressions can be found here. This section is going to breakdown how effective the endgame actually is and how it compares to other versions and its overall pacing. And give the score that better reflects the game, because on reflection Iceborne, after the honeymoon phase, it’s equal parts good and bad.

Firstly, single-player and multiplayer experiences are vastly different and the current balancing leaves a lot to be desired. The new duo health scaling is great, however, the new clutch claw mechanic makes having fewer people less fun. The clutch claw is active for a short time relative to the hunt. Light weapons requiring two clutch claw attacks to tenderise, versus the one for heavy weapons. Initiating a tenderise is a long process, with a steep learning curve to fully master. In theory it’s great as part of the hunting experience, but is probably the more punishing aspect of the game.

The new roster of monsters have a few (at minimum 45+) good defence modifiers, which means Monsters are more punishing for general play akin to Lunastra at times. An example being Zinogre; whereas before you’d focus on attacking its back legs for trips, it’s now on the front, and the new defence modifier changes when it’s super charged. In theory these are nice changes that change the dynamic of the hunt, but in practice its design choice exemplifies how much Iceborne expects you to be borderline reckless and dangerous. 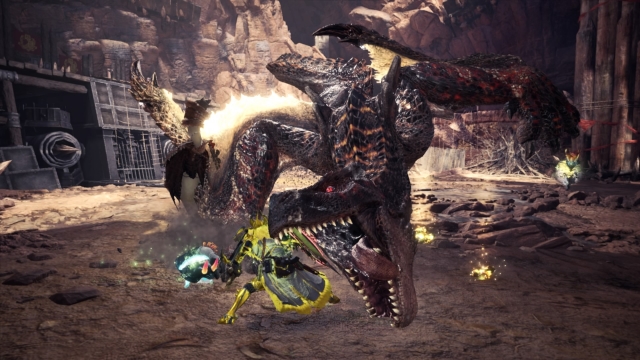 In a solo environment it’s almost impossible to fully maintain, which is great for making a hunt and the Monster feel more alive. This is arguably the most “hunter” like experience out of all of the Monster Hunter games, where the hunter vs hunted is stacked against the player. To turn the tide of the hunt requires the use of clutch claw staggers (or “Claggers”). These trigger via hitting damage thresholds, where the monster will deliberately stop moving and drool, giving you enough to perform another claw attack. This in theory is nice, but the random pause in a hunt does break the flow of a fight. It’s not the most intuitive mechanic or seamless compared to other additions in Iceborne. Whilst it does play to the player’s hand, it removes an element of player skill and isn’t entirely reliable for the general player/hunt that’s longer than five minutes to maintain tenderise. “G-Rank” was always a step up, but with how the game progresses, the transition period is a lot harder (ignoring how buggy/inconsistent using the clutch claw can be).

These elements may seem nitpicky, but fundamentally the clutch claw inclusion has caused the game to be balanced in such a way that single-player is a negative. You’re effectively forced to either become a speed runner or create builds that aren't dependent on Weakness Exploit and build for other purposes. Not necessarily a bad mechanical change, but it means the damage gap between optimised and non optimised sets is even larger now, with the end result being drastically different experience due a hunts effective length. That said, as updates came, it became easier and easier to make more utility-based sets, but much like World, power creep is still a major issue with older weapons becoming irrelevant. It’s now possible to make the best weapons a different skinned one, but in its current form, there’s almost no incentive to make another weapon (not that the game is lacking in grinding/resource sinks).

The endgame grind is worlds better, but it’s almost ironic with how inverse the issue is now. The new Guiding Lands area is an amazing addition and is thoroughly entertaining and full of engaging content for players to hours sink into it. It’s just that it doesn’t necessarily respect a player’s time. Whilst yes the solution is searching for a lobby and finding other players can greatly improve the experience of the game, previous Monster Hunter games weren’t this reliant for its enjoyment. And the problem with time-restricted events is prevalent, arguably more so with the number of layered armour pieces. 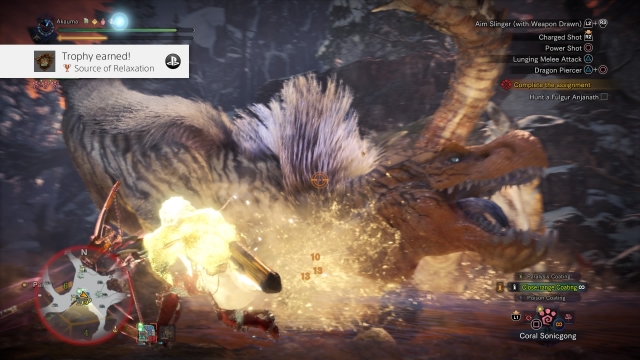 Contrary to belief, Fulgernaths don't give ease my stresses in a hot spring...

Guiding Lands is a marathon, and should be treated as such to not burn yourself out. Except it’s not just one run, it’s several marathons under one marathon. The time investment needed for solo is borderline tedious busy work (especially at launch), and unless you’re actively finding SOS flares, lobbies (or have friends). Doing it solo is very much a chore, that is only further exacerbated if you’re a player who plays multiple weapons at the same time. The augmenting system is amazing, but its method of getting all of the necessary materials isn’t a trivial matter either. Granted they couldn’t just make it easy on launch then balance it better, but with how long it took to make region levels able to be locked/changed, and changes to level decay/progression. It raises the question of did the game not get enough QA/playtesting, or did they make it arbitrarily slower to pace it better for update patches?

The best description for the current augmenting system is a repeat of how MMOs will often have multistage crafting items to craft other items. Each rarity has its own required materials and, depending on the weapon, can be further custom augmented to raise its individual stat by a point or two. The best inclusion of this is that you’re able to freely change weapon augments in the smithy so if you’re dropping a weapon for another, you don’t have to redo the grind. But if you’re a weapon hoarder, it’s not a fun process. It is a very, very, very, long, drawn out process. The initial problem is that gathering nodes are hard to see and easily blend into the environment, leveling each of the six regions to harvest different rarities of materials takes a long time investment even with optimised sets. The catch to all of this though, the levels reset once the regional node spawns (there are exploits/workarounds but not by design). Unfortunately, there are no alternatives to this process, it feels very once and you’re done approach.

The other half of the equation is Monster world drops from: staggers/flinches, breaking parts, or wallbanging. If you’re actively farming for wallbanging and flinches, you’re likely to get a dozen drops total. But fundamentally the process breaks the flow of the hunt. This is either having to actively sheath weapons to collect the drop, or finding pods to launch the monster when they’re not enraged. Or, wait until the monster chooses to transition away, but at that point, the drop may have already vanished. Unfortunately, your palico doesn’t save the day here. In short, a great investment game. It’s just too much investment if you wanted to swap weapons, and with no shortcuts at the endgame. It feels like having to reclimb the peak of a mountain multiple times at base summit rather than at a checkpoint. 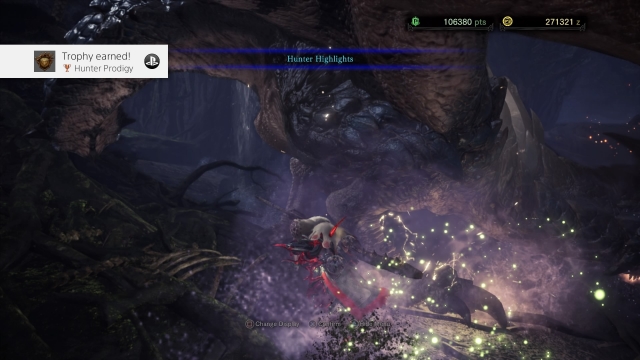 Never leave tents without a trap and tranqs

If this review reads as overly critical or negative, it’s not because the game is bad. It’s because it’s had months to finally figure out what’s been wrong with it. And unfortunately, the live service model of consistent updates has made a night and day difference between original launch to PC and console having simultaneous updates. They feel very different in terms of endgame, and the alternatives of grinds between Guiding Lands, Safi’Jiva, Master Rank Kulve Taroth, and Fatalis is great now, but feels like it should’ve been part of Iceborne launch (especially the quality of life changes). Granted, games take a long time to make, bug fix, etc. It’s just that the Monster Hunter’s move to AAA is something that Capcom aren’t quite ready for, and whether or not this is remembered as a black mark with how rough the launch was. It’s definitely worth hesitating on purchasing at launch. Especially for PC, it’s a game that took extensive modding to make it stable for reviewing purposes at launch until version 13.

Not a bad expansion by any means. It’s just that fundamentally its current balancing of monster hitzones, impediment of clutch claw mechanics, and process of endgame grinding/gearing elongate an already long process into a longer one than necessary.