With each portion of the game built around detailed dioramas and starring an adorable mouse as a protagonist, the original Moss was met with critical acclaim. Well, Polyarc decided to not leave the story unfinished (spoilers for the first game?) and released Moss: Book II earlier this year.

A direct sequel, Moss: Book II picks up moments after the first game with Quill reunited with her uncle having defeated a snake named Sarffog. The long and short of it is that Quill wants to reunite all of the pieces of Glass to dispel evil forever, a noble endeavour indeed. Of course, she needs the help from you, the Reader, who can manipulate certain parts of the environment to help solve puzzles that lie in her way.

Along Quill’s quest you visit brand new areas of Moss, meet new characters, and wield new weapons and abilities. As with the previous game most cutscenes take place as illustrations in a book — because outside of the world of Moss you’re literally standing in front of a book. While I’d hoped for more in-engine cutscenes it is what they did before so I can’t complain too much. 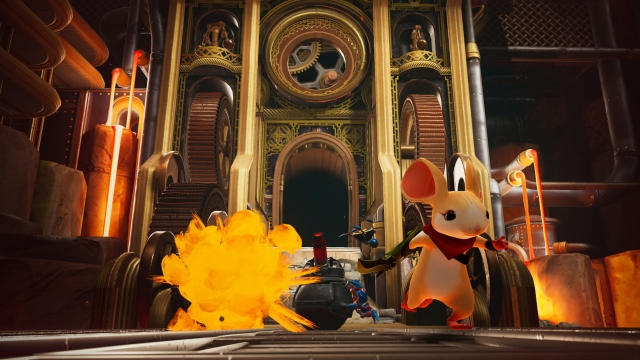 While you’re “in” Moss as the Reader, you control Quill as she runs around each diorama section, as well as move platforms, hold and drag enemies, and sometimes it can honestly be a bit much. The platforming is great — so long as you can work out where to go — but I had issues with the combat. When there are multiple enemies at once — some trying to hit Quill, others firing projectiles — it can be a bit overwhelming trying to avoid everything. Dodging while dragging then quickly grabbing another enemy before it can hit Quill as you make her attack a completely different enemy gets frantic. It feels out of place when the rest of the game is so chill and relaxed.

Honestly, I didn’t actually complete Moss, and my experience with Book II definitely suffered from that. For instance, it doesn’t give you proper tutorials for things, so I had to learn some stuff the hard way, and I’m sure that made some puzzles more difficult as a result. 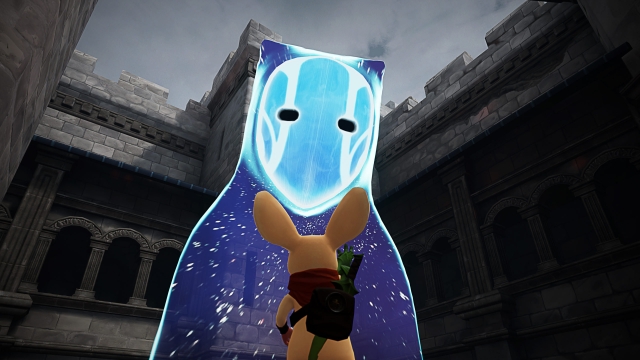 Everything about Moss: Book II looks great. It’s a beautiful world, the characters and enemies are well designed, everything moves well… I know that VR sometimes has an issue with realistic graphics, but Polyarc manages to make Moss look alive. As you progress through the story, the outside world changes too, as you’re reading the book while standing in what appears to be a church. It fills with plants or snow and generally just looks fantastic.

Audio wise, Moss: Book II really delivers. The sound design is great, and I can’t really talk about it without giving spoilers which is annoying but true. The music is enjoyable, the voice acting from the narrator delivers, and the sound effects do exactly what they’re supposed to. 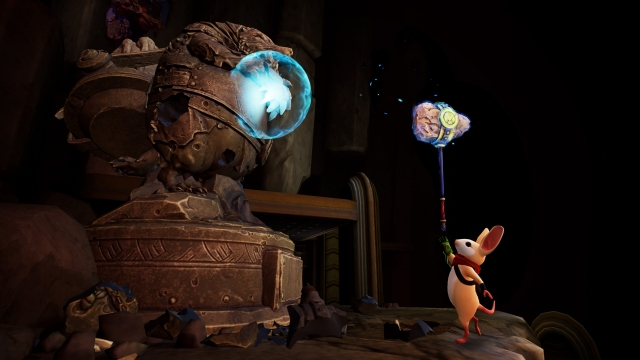 While Moss: Book II is challenging, it’s definitely a worthwhile sequel to the original. It runs about five hours long — longer if you keep getting stuck — but if you enjoyed the first game you owe it to yourself to pick up the sequel. If this is your first entry into the world of Moss, then you should pick up the first game before it.

Moss: Book II serves as a perfect sequel to the original, though it doesn’t introduce as many new things as you might want. 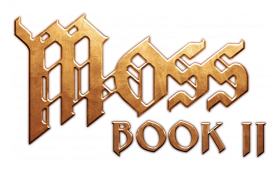