One thing they are able to do is get guys. And girls, sometimes - let's be honest, we've seen it, we're all on the internet - but that's beside the point.

I'm here to talk about My Boyfriend. Don't get too excited lads, I'm not coming out the closet, I mean the DS game.

My Boyfriend is one of many (generally awful) games on the DS aimed at young / teen girls and is one of the few games from that demographic that doesn't have "Imagine" stapled to it. While that already gains it some bonus points it almost goes without saying that this game is awful. Sure, I'm not young, or a teen, or a girl, but I still feel qualified enough to call it bad.

The game begins with you picking a name for yourself and picking your dream guy. I named my lass Fat Tanya (because if there's one thing teenage girls need it's self-confidence and weight issues) and picked my dream guy as somebody tall, dark, handsome, and musical (the idea being if he was exactly like me it'd be less gay). The game plunges STRAIGHT into the action by having your hopelessly socially inept girl texting her friend about some dreamy guy she's seen who, believe it or not, is tall, dark, handsome, and musical. The rest of the game is basically set around trying to get this guy to fall in love with you through a series of mini-games.

Now, this is one occasion where I was expecting some X-rated DS action. I mean, in this kind of game you expect mini-games like "thrust the stylus against the required orifice" or "move the stylus up and down paying attention to his mood meter". Alas, there's no such luck. There are, instead, games involving pizza toppings, alphabetising books (because NOTHING screams fun like sorting paperbacks in a library) and dog faeces. I wish I was joking about that last one. Said faeces-based mini-game is actually the most rewarding since you can net roughly $35 per go - you get a dollar for each dog poo you clean up. Mini-games are the only way of making money which is what drives the game forward. That's not to say the game is entirely without innuendo, however - one peculiar challenge saw me pitted against a rival female in a mini-game called (I wish I was making this up) a Beat-Off. The game isn't even presented well. The music is entirely forgettable and the graphics are probably best compared to The Sims, at least for the characters. While limited customisation of your avatar is allowed for the most part the game forces you to wear certain outfits so the one potential nugget of replay value renders itself moot. The environments you find yourself in are bland and empty, and you'll frequently find yourself stuck against invisible walls.

While I knew from the start I was going to hate this game nothing can really excuse such a poorly made product. Mini-game driven stories are only really good if you enjoy the mini-games - this offers little variety, and the games NEED to be played so often that even hardcore dog poo lovers won't be able to get into it.

My Boyfriend (Reviewed on Nintendo DS)

Great review! Had me laughing out loud alot :D The game truely sounds terrible. Also, should the topic not be 'My Boyfriend DS Review' ?

that may of been me... that put that title well come on, you wouldnt of read the review if i had called it "my boyfriend" see, now you read it to be fair, Tonys done a smack up job with some of these DS reviews hes got a another one in the works... i wont give to much away all i will say is, hes not speaking to me at the moment :)

Thank you for the kind words and rep, BenneB :D And Rasher, lalalala I can't hear you lalalalalala 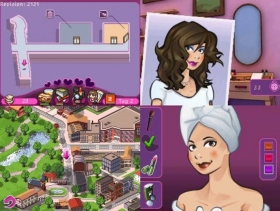