Never Alone is a game that has had me excited since I first heard about it. The inaugural project of Upper One Games, a studio formed by the Inupiat tribe of Alaska, Never Alone was designed as a way to share and preserve the culture and oral history of the tribe. The game was created in close collaboration with elders and historians, and Inupiaq voices are clearly forefront in Never Alone's presentation from start to finish.

A co-op based platformer, Never Alone tells a traditional story of a young girl and her fox companion who are searching for the source of a terrible blizzard. In the style of Child of Light, players either switch between controlling the girl and fox or team up for the local co-op mode.
The pair travel through a world that is teeming with the creatures and spirits of the Inupiat, ranging from the familiar polar bear to the decidedly unfamiliar Sky People. From the very start, the game encapsulates its name: the characters, no matter how perilous their situation, are never alone. 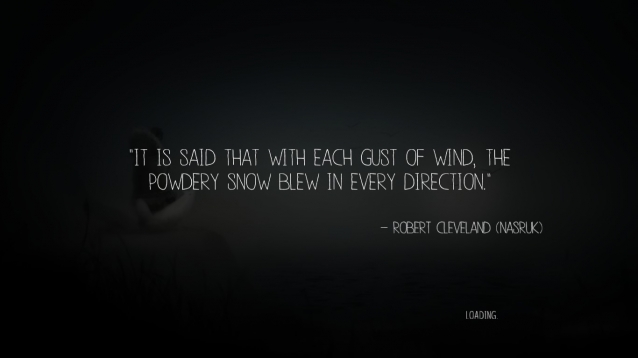 It's a concept that's rooted deeply in Inupiaq culture, and it works magnificently as an overarching theme. Both the fox and Nuna, the girl, have their own strengths and weaknesses when it comes to solving Never Alone’s puzzles, and more often than not it takes both of them working together to overcome obstacles. Players must navigate the pair through the dreamlike Arctic environment as well as its denizens, who are just as likely to help as harm them.

Perhaps the most impressive part of Never Alone is the seamless way it weaves its goals into a beautifully crafted gameplay experience. The game has a delicate, soft-focus style that calls into mind the artwork of books like The Polar Express. Levels are carefully designed and give players a clear sense of the game's arctic location.

Never Alone's remote environment is, as with many platformers, the source of most of the players' challenges. The game pits a young girl separated from her village and a tiny arctic fox against the forces of nature, and it's not afraid put them in perilous situation after perilous situation: escaping a polar bear leads to being stranded on an ice flow, and huge gusts of wind can knock the pair into freezing waters or a deep crevasse. 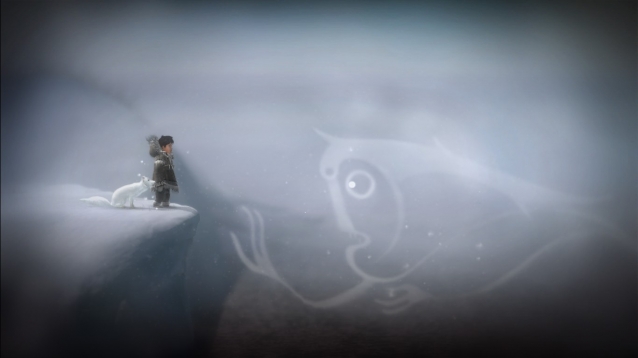 But the same wind can carry your characters over obstacles with a well-timed jump, or stop an opponent in their tracks. In fact there are few elements of Never Alone that are truly bad; a product, perhaps, of the Inupiat's relationship with their environment.

Gameplay is interspersed with beautiful cutscenes animated to mimic scrimshaw, the traditional bone and baleen carvings of Alaskan Natives. A tribal elder narrates the story of the girl and the fox as players progress through the game.

Interestingly, Never Alone at times moves between being a game and a mini-documentary. After certain events and during loading screens, players have the option to trigger Insights, 3-4 minute videos about the Inupiaq that are tied to objects, areas or events in Never Alone. These Insights are surprisingly engaging and do a good job of keeping to the flow and feeling of the game, covering topics ranging from global warming to the place of drumming in the tribe's culture. 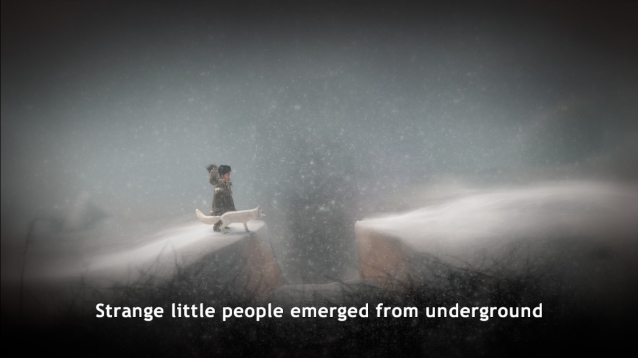 It's an experience that manages to pretty seamlessly blend education and gaming into a whole that can feel at times greater than its parts. From a solely gaming perspective, Never Alone in other circumstances might have flown under the radar; it's levels are fun, well crafted and at times challenging, but hardly anything to write home about.

What truly makes Never Alone stand out is its sense of place and identity. It's a game that immerses you quickly and quietly in carefully designed feelings of calm and trust. Each level, each new piece of narration weaves a story of a place that is both dangerous and teeming with life and history.

Never Alone is the first project of a unique studio from Alaska, and tells a traditional Alaskan Native story of a girl, a fox and their hunt through the arctic for the source of a blizzard. Beautiful graphics, an amazing sense of location and amazing storytelling combine to make an unforgettable experienc

PlayStation Plus Free Games for April