Nioh is an interesting series. Seemingly loved by everyone who plays, it always seems overlooked by the wider gaming community. Whether it’s the difficulty or the (unfair) Souls comparison, people seem a lot more tentative when it comes to approaching the Nioh games.

Such is life, we’re inclined to lump even the most vaguely similar things into a pot together. Nioh 2 - The Complete Edition is similar to the Souls series in the same way that the original Battletoads is - it’s difficult. It’s a style of game not everyone is comfortable with, but Nioh 2 is a unique experience that deserves to stand out on its own.

The story of Nioh 2 is a prequel to the original, set 20 years prior to its predecessor and the complete edition comes bundled with all three of the game’s expansions. Telling its story through beautiful cutscenes, in addition to some fantastic voice acting, it’s easy to become invested in Nioh 2, even in the face of its challenging combat. Far from the greatest plot in videogames, the story of Nioh 2 is better than I expected, with the narrative acting as not only a great break from the action, but a good tool to continue to persevere through the games hardest levels. 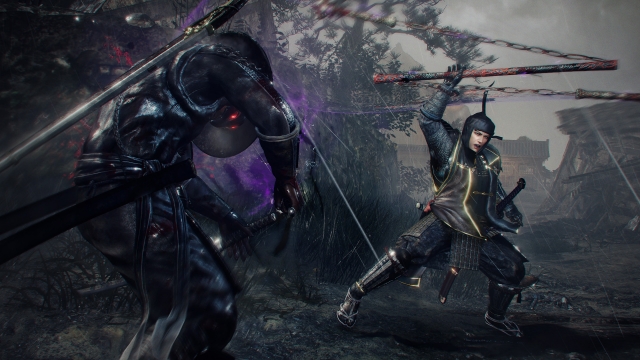 In addition to its story, Nioh 2 is level-based as opposed to offering a continuous open world, acting as another tool of encouragement. Hopping in and out is comfortable, with players able to set achievable targets which are visualised to them on the world map. Great world design isn’t sacrificed because of a lack of open-world either. Although smaller in scale, Nioh 2’s level design is a fantastic execution of small, but dense stages. Exploring every corner of a level will greatly reward the player, but you won’t find yourself punished for beelining it straight to the final boss of the stage.

It’s part of Nioh 2’s wider acceptance of player adaptability. Rewarding those who love to explore, rather than punishing those who simply want to get things done. Nothing shows that versatile gameplay like the wide range of weapons. The beginning allows you the choice of weapon, and you can practise here for as long as you like before committing to your journey. Maintaining a weapon increases your proficiency with it, so taking the time to pick the right one is important in the early game. Those weapons all have their unique skill trees which, combined with your own player’s stats, can become a tool of monumental power. 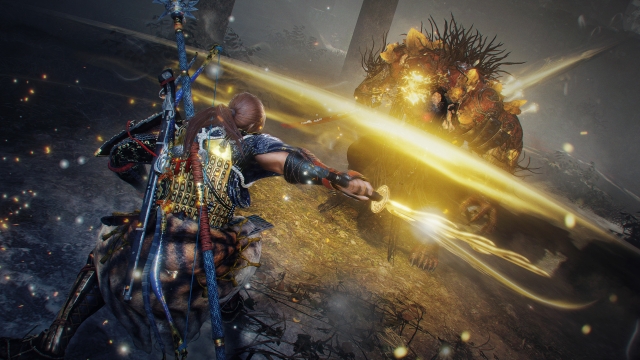 The depth of both the game’s weaponry and individual player skill translate spectacularly into a gameplay environment. Nioh 2 was a game about being quick and moving constantly. Improving your character or weapon quality is noticeable, even for small inclines. For new players to the series, there will certainly be a steep learning curve, especially having to remember to regenerate your ki at the right time with a button press. It seems simple, but when the action starts getting frantic, it’s easy to become flustered and forget about the regeneration technique. Ki is essential to avoiding danger and dealing damage, so ensuring it’s charged is pivotal, even in the game’s most pressurising moments.

For the most part though, we can be thankful that Nioh 2 is very fair in its difficulty. Yet, those moments where the game throws fairness out of the window, can become brutally frustrating. The grab range of some enemies is much further than you’d likely anticipate, making it hard to calculate where you need to be to remain out of their range. Once grabbed, you’ll just be pummelled and, if you aren’t at full health, you’ll likely be introduced to the game over screen shortly after. An attack which combines such a high damage output with an overreaching hit box can really stifle your desire to play on at times. It’s very easy to see players giving up when hitting these bosses in the game, especially when you’re clearly out of their ranges but they’re still successfully grabbing you. 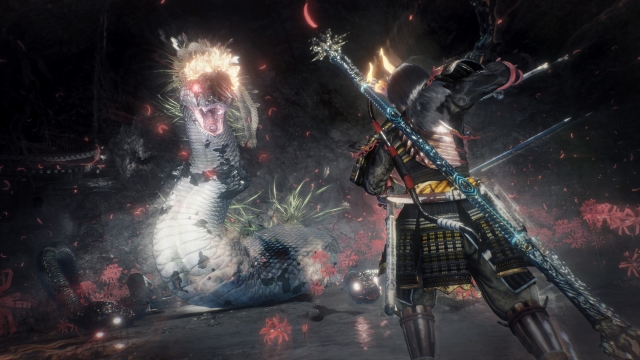 Of course, that’s if the game’s woeful PC port doesn’t deter you from playing on before you even get there. Nioh 2 is an absolute shambles of a game on PC. From random, sharp framerate drops to audio cutting out, this port is the bare minimum effort to get a game running on PC - and it doesn’t even do that half the time. Nothing exemplifies the lack of effort this port got than playing with a keyboard and mouse, but still having all in-game prompts be for PlayStation controllers. I understand it’s the kind of game that people would highly advise using a controller for, as I do, but some people prefer the keyboard and mouse option. Sadly for them, that option is basically taken away from them as the game hasn’t had any of the PlayStation controls visuals modified in any way. It’s a telling sign that something so simple was overlooked for this version of the game.

It’s such a disappointment that this port is so poorly executed. Nioh 2 has such an intriguing setting, accompanied with gorgeous art and music. You really want to invest yourself in the game, but the technical faults act as a constant reminder for how undercooked this is. Which is a shame, as the console version delivered such a high bar, while the PC version is allowed to stumble over at the very first hurdle of the basics.

Ultimately, if you can look beyond the technical issues of Nioh 2 - The Complete Edition, you’ll likely have a blast with the game. It’s satisfying to play, whilst feeling very rewarding to master. Nioh 2 is a great game, that’s clear, but it’s a bad experience to play. In a game all about difficulty, the biggest challenge shouldn’t be trying to comprehend when the performance is going to dip. Which is made all the more frustrating when you compare the PC version to its vastly superior console original.

An enjoyable game, with an interesting premise which is bogged down and held back by an underwhelming PC port. The gameplay does feel great, so if the technical faults are ironed out, Nioh 2: Complete Edition is certainly a title to keep an eye out for.