No Time To Explain Remastered Review

It is truly amazing how a game that was created in something as simple as Flash and turns into something as amazing as a game like The Binding of Isaac. No Time to Explain Remastered is one of those games. TinyBuild studios managed to take a Flash game that was great in idea, however due to the limitations of the Flash engine couldn’t really shine in practice. When the studio decided to remaster the game, they tweaked and fixed things until the game was the enjoyable platformer that it is today.

The story of the game is very minimal, and by minimal I mean that there is no actual driving plot behind the game. You start out relaxing in your living room when a man breaks through your wall and says, “I am you from the future, there’s no time to explain, follow me to…” and a giant crab arm reaches through your wall and drags your future self away. That is about as far as the story goes with this game, you are tasked with saving variations of your future self from a variety of different creatures. Some would think that this would be a negative in any game, but I found that after completing a few levels I did not care. 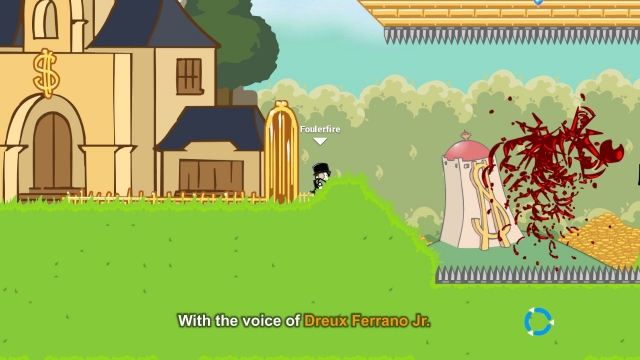 As you make your way through a variety of levels you will start using new guns to make your way across treacherous pits and spikes. It will take a bit of trial and error to get used to how each gun propels your character and some of them are pretty aggravating. The shotgun fires slowly, but launches your character in a farther arc than the laser gun does. While this type of gameplay will sound simple it is actually similar in difficulty to Super Meat Boy. It will take you multiple attempts to learn how to complete certain levels and it’s not because of moving enemies like Super Mario, instead the entire map is your enemy. You will find levels with the occasional enemy; however the real challenge is the spiky walls and floors that create some seriously challenging obstacles. 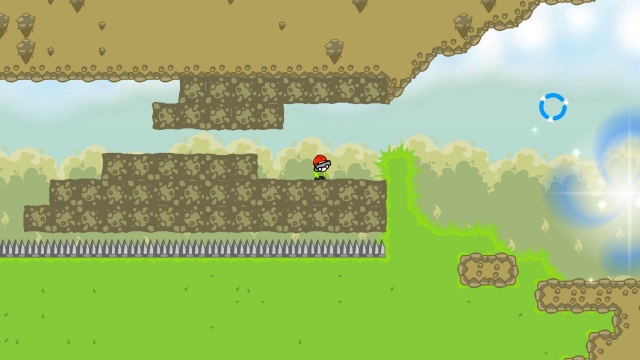 Luckily the best part of the game is that you don’t have a limited number of lives for the level, instead you have an infinite number of tries until you reach a boss, then you have three lives to kill it. One problem I still have with the gameplay mechanics in No Time To Explain is that the laser rifle’s physics don’t always respond accordingly. What I mean by this is that the rifle won’t always keep you in the air as long as it should. 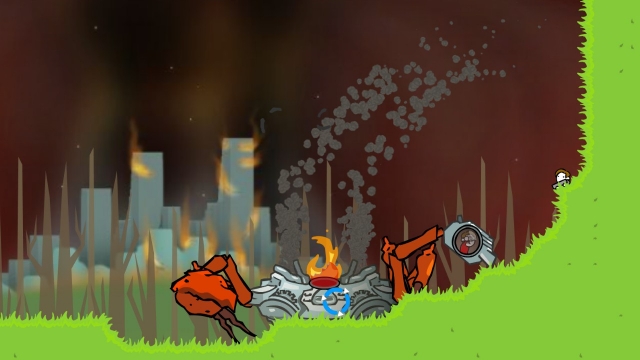 While the game’s mechanics have vastly improved since the Flash version, the graphics remain somewhat the same. The big difference comes with the ultra-smooth framerate and well done visual effects with explosions. While some might see this as lazy or unoriginal I found that I would rather have a game that looked as good as this and ran smoothly, instead of a game that has vastly superior graphics but only runs at twenty frames.

Overall the game was definitely a lot of fun and had a good sense of humor to it. That’s not all it has going for it thought, the game is actually a lot tougher than it looks and you will find yourself sinking many an hour into this interesting platformer. With your future self yelling, “I’m sorry I ever pirated Roller Coaster Tycoon” and “How long have I been bleeding! How is this even possible!?” the game definitely has some great dialogue.

No Time To Explain (Reviewed on Windows)

Overall, No Time To Explain is one of those games you can pick up for a couple of minutes or play for hours. It's a great way to kill some time and if you like platformers I can definitely recommend it.

No Time To Explain Remastered Review

No Time To Explain Review

No Time To Explain