Northgard is an RTS strategy colony sim in which you play as a Viking chieftain on their quest to rule all of Northgard.

Although there is a single-player campaign with 11 chapters, Northgard's campaign works as a tutorial with minimal story elements giving the player an introduction to the gameplay, including its clan system (which we'll get into later). Although a tutorial, the story mode does have three different difficulties present, along with bonus objectives that players can get once completing each of the chapters at least once. It makes for good replay value for completionists such as myself.

Although the story mode isn't the main focus of Northgard, it sure is a nice addition that allows you to switch it up in comparison to the other mode that the game is more centred around. 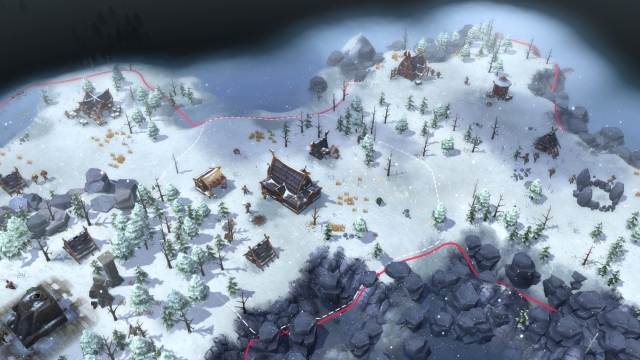 Northgard's main focus is the single-player/multiplayer mode in which several clans work against each other in an attempt to dominate the entire map.

Players can choose from 13 clans, 7 of which are purchasable DLC. Each of these clans has varying playstyles that are encouraged, such as the Fenrir clan's inclination towards aggressive play, with perks and bonuses centred around building military power to be able to win through Domination or other means. Meanwhile, there are clans such as Huginn and Muninn, which are more centred around trading and earning Kröwns (currency).

These playstyles give for interesting takes on how to advance each battle, with different buildings having more priority on some of the clans in comparison to the others; although it isn't drastically distinct, it offers a nice change of pace and numerous approaches to rounds.

The map can be customised by changing the types, sizes, AI players, victory conditions, and difficulties. My favourite addition to the editing is the various win conditions, where players can win through the renown that they earn from killing beasts or building a large empire, in contrast to the typical world domination modes. There are tons of win conditions, along with randomly generated ones present in some maps that include taking control of a specific (and very tough) area that will fight tooth and nail, and holding conquest of it for several in-game months. They are very fun to play around with, making sure that every playstyle can win through their own unique condition. 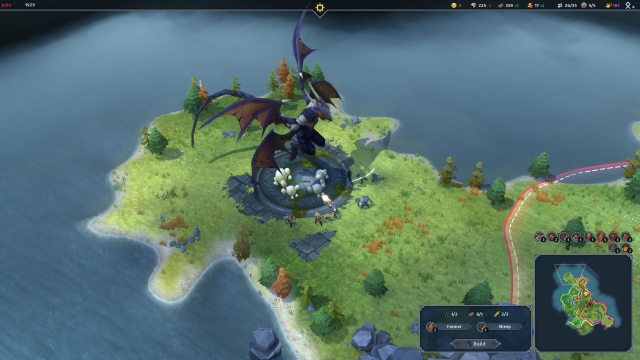 Each round can be played with up to eight separate players, in different formats such as free-for-all and 4v4 modes. With an active player base with a 24-hour peak of 3,816 players, it's safe to say that multiplayer isn't dead; it's thriving.

For those that aren't keen to play with and against other players, Northgard can be played with AI opponents, along with creating a custom closed lobby that allows players to invite their friends and play either in teams or against each other.

Northgard's gameplay loop is incredibly fun, with all of the things that need to be managed at any given time, especially on the larger maps once there are several dozen areas to pay attention to, all the while focusing on what your opponent is doing and how to react accordingly. Round length can vary between 30 minutes to one hour, which can however be a bit lengthy to fit into a crammed day.

Some matches can begin feeling a bit drawn-out, especially in single-player modes since there is no option to speed up time, leading to watching your little villagers just go about their business while you wait for a specific mark to reach, or wait out the winter months that are particularly harsh on all player's wood and food supplies. That being said, as the round goes on it starts getting increasingly complex, forcing the player to focus on a lot of areas which will make the speed feel just right, and in fact, a bit too quick for new players trying to get into the game without much knowledge, which is the other end of the problem. 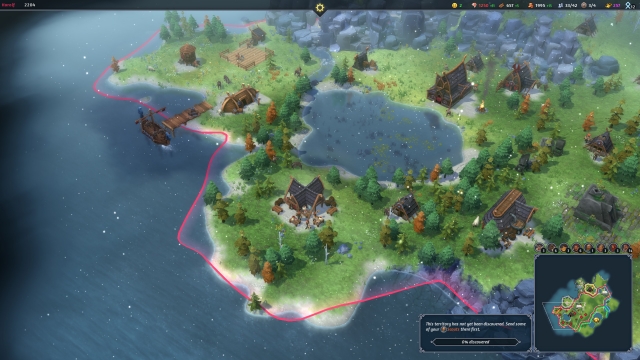 For players that are unaware of how the game works and are easily overwhelmed, the pause functionality doesn't work to scout the map and make informed decisions since it blurs the entire screen and prevents any further interaction until the game is resumed. Although this feature makes sense for online multiplayer, single-player rounds against AI opponents should offer this at least as an option for the players that get more easily overwhelmed.

It's safe to say that Northgard's aesthetics and audio design are expertly done as well, with some gorgeous graphics to gawk at, and beautiful Scandinavian tunes playing in the background, and nice audio designs that don't make anything feel out of place. These elements all work together to make this game beautiful to both look at and listen to.

The building and management aspect of the game also feels great, and I'd be more than willing to play an endless city-builder mode of the game due to the graphic style and overall fun gameplay.

Northgard succeeds in practically every area present in the game. Its graphics and audio are jaw dropping, along with an addicting gameplay loop that is sure to have players going round after round, which is sure to facilitate their time at getting the Norse God achievement to win 1,000 times with any clan.

Northgard is one of the prettiest titles in the genre, and with a very addicting gameplay loop, players are sure to spend several dozen hours to it.