Even if robots are a popular subject for sci-fi, as in Detroit: Become Human, the reality is that the AI we interact with don’t usually have a tangible form but are whole operating systems computing thousands or even millions of actions. The more popular programs may have a disembodied voice, such as Siri or Alexa, but they remain alien to us. How does one get inside its head, figuratively speaking?

That’s the central idea of Observation from Glasgow-based indie studio No Code. It’s not just that you’re on board a space station that’s suffered an unexplained emergency, you are the space station. To be exact, you’re SAM, the station’s Systems, Administration and Maintenance AI. When the game begins, you’re just being rebooted by astronaut Emma Fisher. Something has gone and collided with the station, conveniently wiping a lot of your memory cores and functionality, hence why you’re not quite as omniscient as the OS of an entire space station ought to be. Little by little, with help from Emma, you go about regaining control of your system functions while investigating where the rest of your crew have disappeared to, and just who or what is behind this mess. 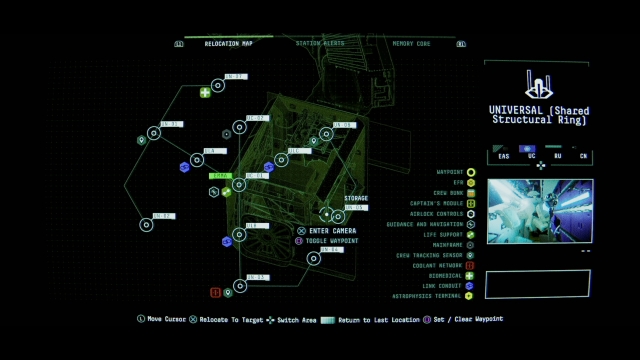 Observation evokes the finest classic science fiction films, from 2001: A Space Odyssey to Alien, in both the atmospheric audio design that enhances the creepy tension of space as well as grounding its technology in chunky physical form. Undoubtedly inspired by HAL from 2001 who was mostly depicted as a camera lens with a red dot, you also control SAM primarily through the station’s security cameras. The occasionally grainy feed and disruptive filters add to the visuals that really make it feel like you are observing a real-life space station. It’s an illusion that’s only broken when you’re confronted with Emma close up speaking directly to camera (that is, to SAM), the dead eyes and stiff animation a bit hard to overlook. Still, where most indie studios would have contrived a reason to keep their human characters offscreen, you have to give kudos to No Code for trying.

You’re not just using the camera to keep a track on Emma but to essentially navigate the station, by jumping from one camera to another, each room usually containing two or three cameras so if something you’re looking for is out of sight, you just ping yourself over to another in range, where you’ll scan an object or highlight a device that needs activating. 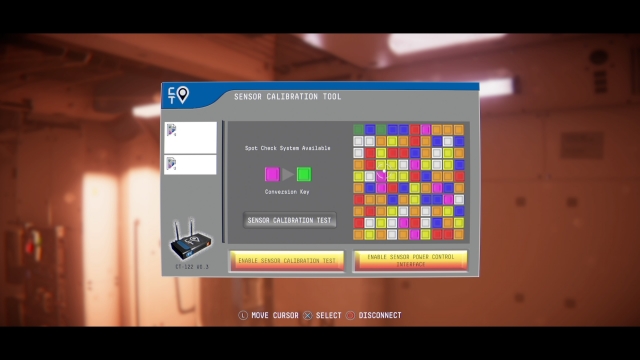 Interactions with the station’s systems take the form of mini-games, thankfully with more variety than the pipe puzzles we’ve been inundated within just about any game that’s apparently about hacking, while they even have interfaces that feel believable in its context. There’s little in the way of tutorials but each of these puzzles are intuitive enough to figure out what it is you’re meant to do, whether it’s simply matching colours or repeating a pattern prompt, which is also communicated with satisfying visual and audio cues. Where you do need to piece clues together before solving a puzzle, the solutions also tend to be in the same room.

Where things occasionally stumble is when the game decides to let SAM get around more freely by possessing orbs that turn you into 343 Guilty Spark. It seems like a welcome addition but having complete rotational control of a sphere also turns out to be annoyingly disorientating, especially on a space station with zero gravity and doors that aren’t all the same direction up. These were perhaps the moments I felt like a bumbling AI that would have been uninstalled years earlier. Then there’s the irony that the freedom you have is still restricted by the needs of the narrative, so that even when most of your system functions are back online, you’ll come across switches you should in theory be able to activate only for the UI to tell you that you can’t. 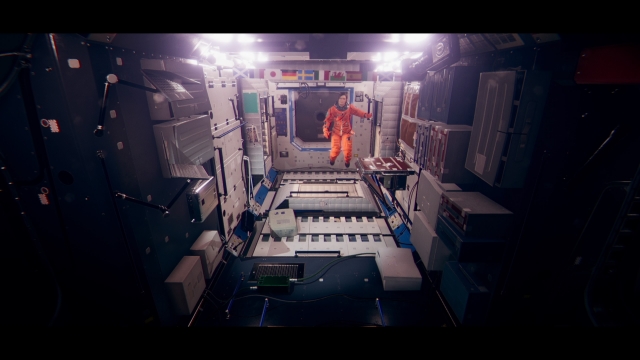 These are however mostly minor annoyances compared to the riveting 4-5 hour story as you’re not entirely sure if SAM is reliably following the orders of the crew or being manipulated to go full GLaDOS. Observation wears its sci-fi influences on its sleeve but leads to a fascinating conclusion driven by eerie atmosphere over cheap scares. And if at times it feels like you don’t have control over what happens, it’s actually just doing what it says on the tin.

Observation is a smart, atmospheric and creepy sci-fi thriller that subverts the AI-gone-rogue trope by making you think about what it means to be the AI.