There are few games that mix science in with gaming, fewer still that do so successfully. Particulars is a puzzle game that doesn’t quite manage it. In a nutshell you control a particle in a simulated universe, solving puzzles with positive and negative atoms. The game comes from a place of real particle physics, and is happy for you to pause at any moment and tell you more about them. Each object has a little blurb about it and all of the particles have an explanation of how they interact with other particles.

The backdrop of this is a story about Allison, a smart woman with a very messed up life. The story is told with quotes from the people in her life, and sometimes herself, along with the occasional cutscene. They are told out of sequence, meaning that if you want the whole story of how she got to this place in her life, you will need to finish all 100 levels.

The actual game of Particulars takes place inside the unit of what looks like an arcade machine, which houses a simulated sub-atomic world. It’s an odd device, as each of the puzzles has a slightly differently shaped area: in one level it’s a small circle, in another it’s a square large enough to require the camera to move. 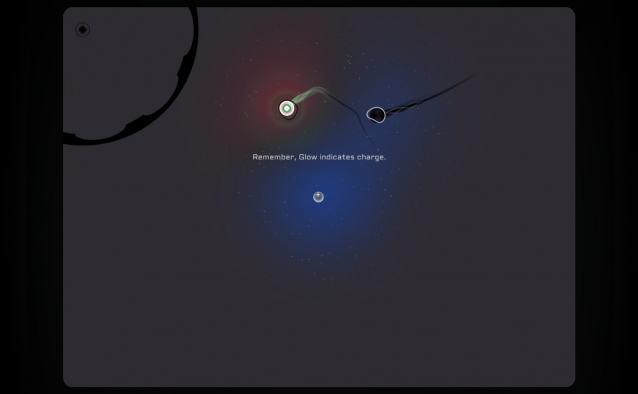 Each level will also require you to do a different task. Sometimes you have to survive particles that want to destroy you, others you have to move certain particles into ringed areas for a certain time. There are still more that require a lot of thought - such as the ones where you have to change the type of particle that you are controlling, morphing it into something else.

Although the game certainly gives you enough to go on, there are times I found myself wondering what was going on. I’ve always been scientifically-minded, but particle physics was never a field I paid much attention to. I knew that a boson and a quark were different, but not how or why - so there were times I felt that knowledge of the field would have definitely been an advantage.

The game looks nice and sharp, with the cutscenes looking hand-painted in a very stylized way. The music is quite repetitive, though it isn’t very noticeable, unlike Allison’s voice actress who reads all of the quotes out. She very capably carries the performance with appropriate emotion.

The story, again only told by seemingly unconnected quotes, is quite well constructed. I won’t spoil, but when all is told, it goes from her youth to the present day and tells of who has influenced her and her decisions up to this point. Quotes come from many sources, such as family and friends, as well as professionals so you do see a broad range to get the full story. 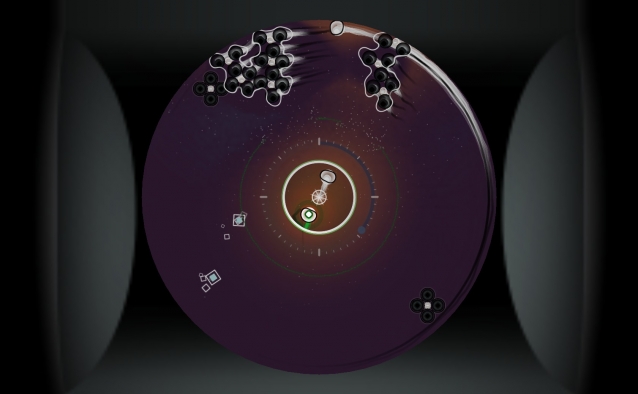 My biggest problem came from the control system; it’s keyboard or controller. Playing with a keyboard was next to impossible, as too many levels require subtle movements you can only get from an analog stick. I struggled through too many levels before plugging in my controller and trying it out, which then improved the experience.

The levels are varied and the story is quite interesting, but I found it hard to enjoy my time playing Particulars. I used the Skip Level option too many times to say I enjoyed it. If you choose to not read through the in-game “Particlepedia”, you will be at a loss as to how to change a Down-Quark into an Anti-Charmed Quark, amongst other things. If you want to play a game and read about science, then this is a game you should check out. Otherwise, it’s not really worth it.

The levels are varied and the story is quite interesting, but I used the Skip Level option too many times to say I enjoyed it. If you choose to not read through the in-game “Particlepedia”, you will be at a loss. If you want to play a game and read about science, then this is a game you should check out. Otherwise, it’s not really worth it.