People are still partying hard, and still annoying the crap out of you! And just what are you going to do about it? Find a way to end them, of course, and by "end" we mean bring enough terror and destruction to the party that it can't even hope to continue. Let the games begin in Party Hard 2's new DLC! 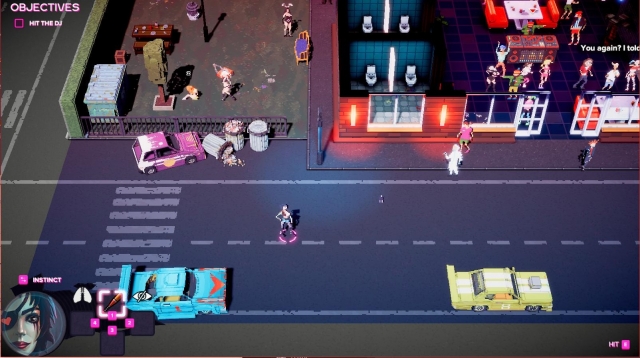 So what's new about this DLC and its fabulous name, Alien Butt Form? The base game is still the same, of course. You know your mission and you've chosen to accept it, of course, but now there are more ways to kill party goers and therefore kill the party. It's always fun to be creative in your destruction, isn't it? On top of that, the Party Hard 2 DLC comes with three new characters to play.

There's Marena, the main killer's girlfriend, who can kick ass and take names with just the use of her fists. This lady doesn't need a knife like her boyfriend prefers to use. Then things start to get a little weird. Meet Mango! He's a precious little pup, a lovely Jack Russell who has run away from home. This dog doesn't like parties, and seems to be able to electrocute people somehow. How? I'm not asking! Maybe that's why he ran away from home. Lastly, there's Froger Delirium. Sounds like a game title all in its own, doesn't it? Well it's a frog guy, or a guy who looks like a frog, and he sees the world in a strange haze as if it's the end of days. Wonder just what drugs he's been taking. Best part about him? Well if you miss sending people and things back to your base in Metal Gear Solid V: The Phantom Pain, miss it no longer. They may not go back to any base, exactly, but feel free to attach balloons to party goers and send them on their way! So what about the Alien Butt part of the game? Oh well, just keep your eyes open for a floating Alien Butt, let's just say that. In addition to the three characters, there are five new maps to explore as well, giving you plenty to explore and destroy! There's just so much to do, so many things to explore, so many people to kill and parties to ruin! Remember, killing party goers will still get the cops interested in you, so be careful how you do it, but at least now you can be even more adventurous in your endeavors.

Party Hard 2 DLC: Alien Butt Form adds a lot to the game, and you won't have to learn entirely new tricks to keep playing. Having new characters to play as, especially since one of them is a dog and the other is a frog man, breathes new life into the game and gives you fun new ways to explore and bring horror to the masses. It's so much fun to get lost in, to try and complete each level with different characters, and just spend hours destroying the fun of others. This DLC has plenty to do to keep you busy, that's for sure! 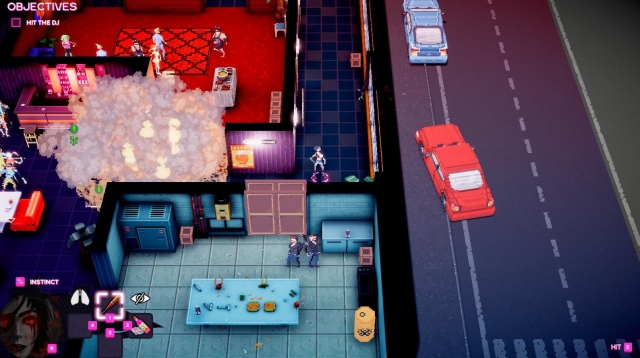 You will need to already own Party Hard 2 in order to expand into Alien Butt Form, but both are worth a look. If you've ever been annoyed by a neighbor's party or something similar, this is a great place to take out your annoyances in a nice, safe, environment! Isn't that what games are for anyway? I would highly recommend grabbing the base game if you haven't and the DLC to explore all the characters and maps and see just how far you can get. Truthfully, this game is a great one, especially if you're into strategy. After all, you have to figure out the best way to end the party, now don't you. Now go out, paint the town red, and absolutely demolish the evenings of others! Only in the game, of course.

If you loved Party Hard 2 and wanted more characters and more madness, than this is the DLC for you. I mean, you get to be a dog or a frog man... where exactly can you go wrong?